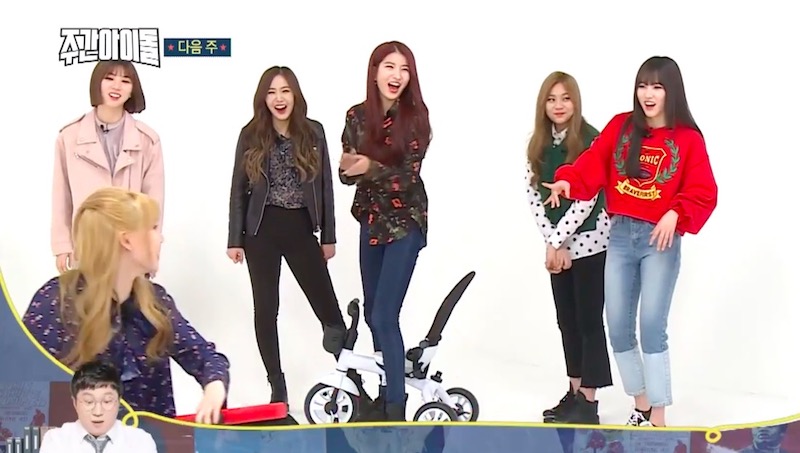 Watch: GFRIEND Has A Great Time In Preview For Next Episode Of “Weekly Idol”

GFRIEND will be reuniting with the hosts of “Weekly Idol” in next week’s episode!

At the end of March 1’s episode of the popular MBC every1 idol variety show, a preview was aired that showed a quick glimpse of GFRIEND’s upcoming appearance. In the video, the members show off their killer aegyo and play what look like hilarious games!

GFRIEND’s episode of “Weekly Idol” will air on March 8 on MBC every1 at 6 p.m. KST. This will be two days after the group makes their comeback on March 6 with their new mini album “The Awakening,” and its title track “Fingertip”!