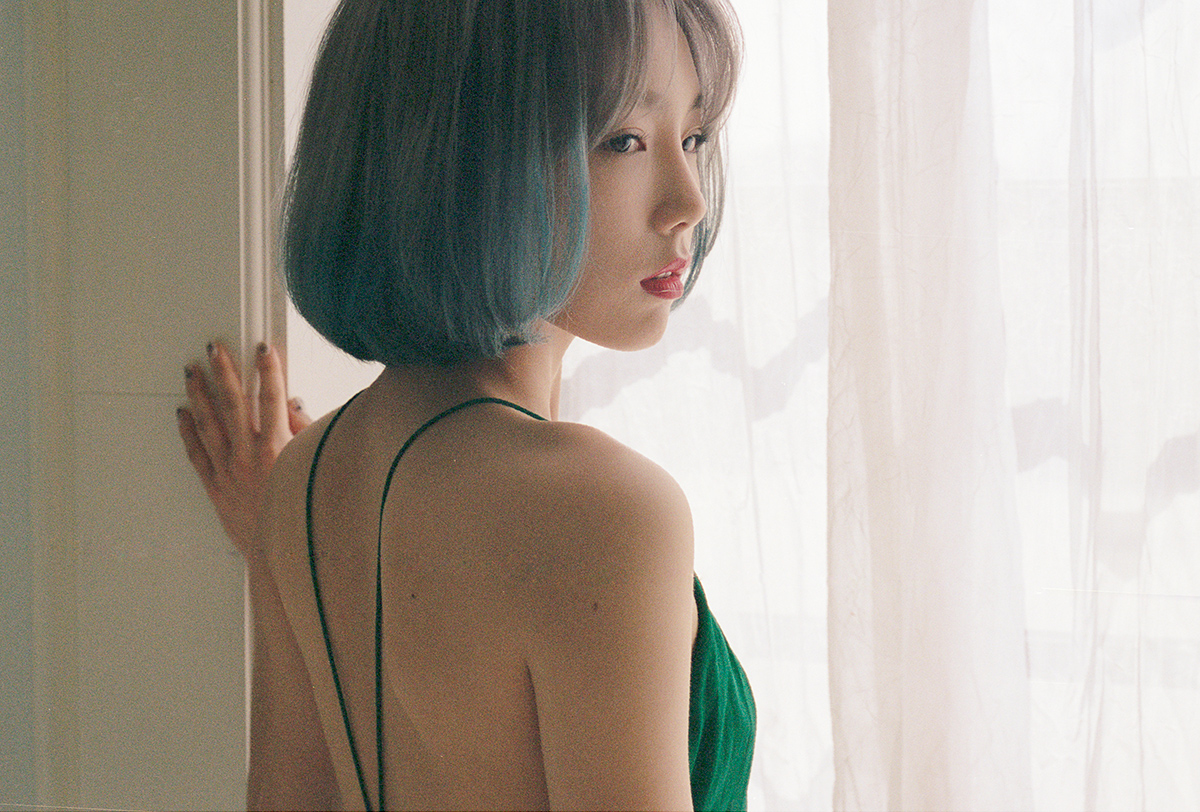 Taeyeon released her first full solo album “My Voice” on February 28 at noon KST, and her songs quickly rose up the digital realtime charts, with the title track “Fine” achieving an all-kill (topping all eight major realtime charts) by 4 p.m. KST.

As of March 2 at 12:30 a.m. KST, “Fine” remains at the top of all daily and realtime charts, as well as takes the No. 1 spot on the iChart’s realtime chart, which means she has achieved what is called a “certified all-kill”! 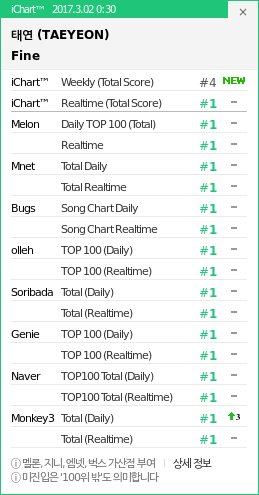 This is different from a “perfect all-kill,” which also includes holding the top spot on iChart’s weekly chart. We’ll have to wait and see if “Fine” will accomplish that feat!

Meanwhile, other tracks from her new album, particularly “Feel So Fine” and “Cover Up,” are also charting within the top 10 on several charts. In addition to her domestic success, Taeyeon’s new album has also done well internationally.