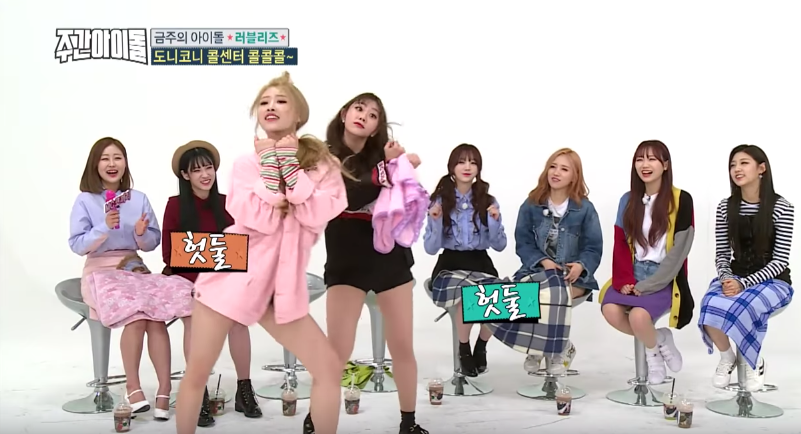 Confidence is key when dancing!

On the March 1 episode of “Weekly Idol,” Lovelyz was the featured guest in honor of their recent comeback with “WoW.”

During the broadcast, the girls were tasked with another classic corner of the show where they must fulfill the requests of fans who called in.

At one fan’s suggestion, Mijoo started off with her rendition of HyunA’s “Bubble Pop.” While she may not have known the whole dance, the idol never forgot to smile as she kept on giving it her all.

Things took an interesting turn when the MCs asked them to dance to choreographies of other idol groups as well. As soon as TWICE’s “Cheer Up” came on, the others were hesitant but Mijoo stepped in just in time for the iconic “Shy Shy Shy.” Jisoo also joined with a hilarious expression on her face, surprising Mijoo in the process. 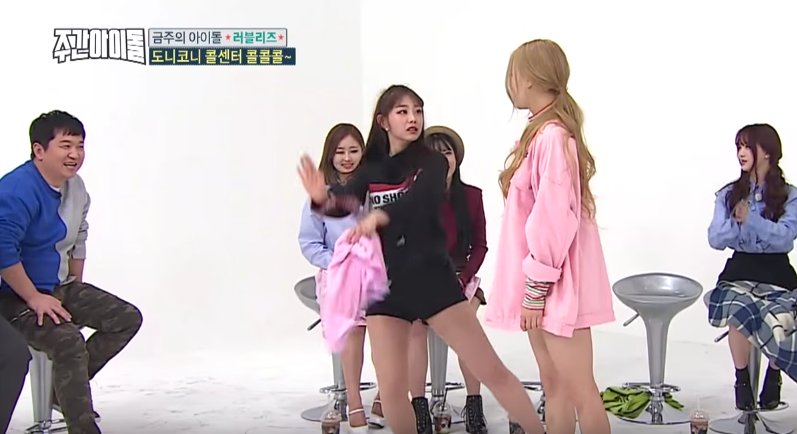 It didn’t stop there as they attempted to also dance BLACKPINK’s “Playing With Fire” and I.O.I’s “Very Very Very,” attempted being the key word. They might not have been accurate, but Mijoo and Jisoo definitely took the prize for their energetic and amusing renditions. 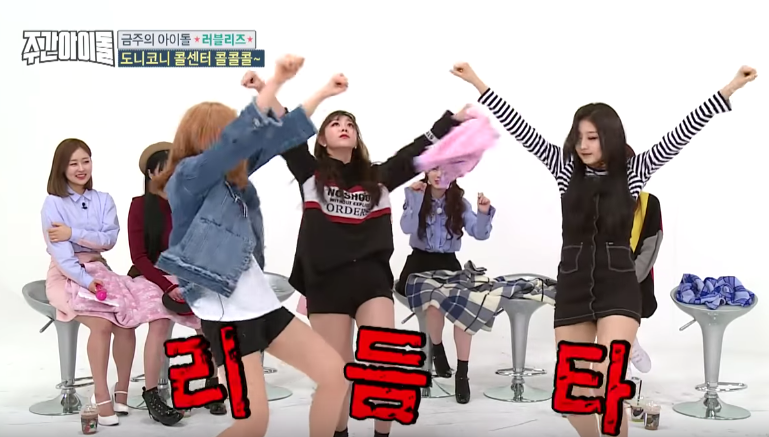 The corner continued with some of the other members trying their hand at iKON’s “Rhythm Ta” as well as Red Velvet’s “Rookie.” While they looked absolutely adorable, Mijoo demonstrated her own over-the-top versions at the MCs’ suggestions.

Watch all of their covers below!