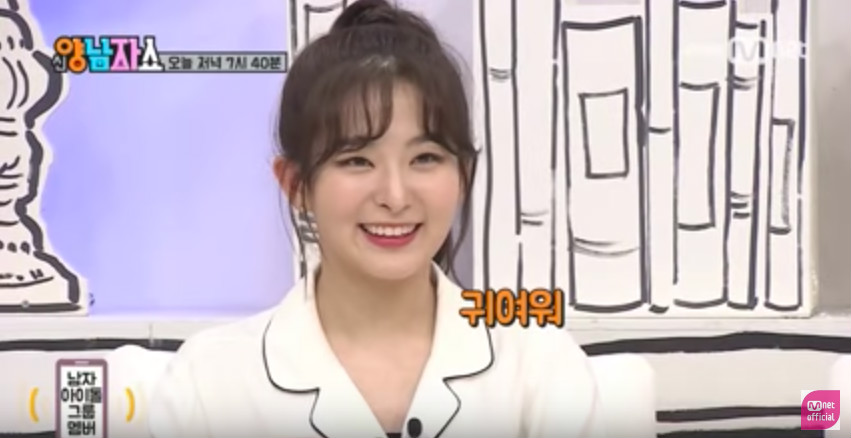 During the show, a male fan (and idol, though the Red Velvet members don’t know this) calls to talk to Red Velvet, being a huge fan of Seulgi in particular. He introduces himself as Yoon Ju Ho. 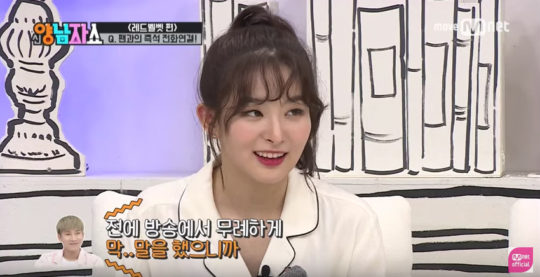 Later, when host Yang Se Hyung hands the reins to Seulgi to talk to the fan, the idol on the phone freaks out, and says, “What do I do, Seulgi? I think my heart is going to stop.” When Seulgi continues to talk to him, all he manages to do is laugh in excitement.

The caller then reveals himself to be BTOB’s Eunkwang, who, previously, had named Red Velvet’s Seulgi as his ideal type. 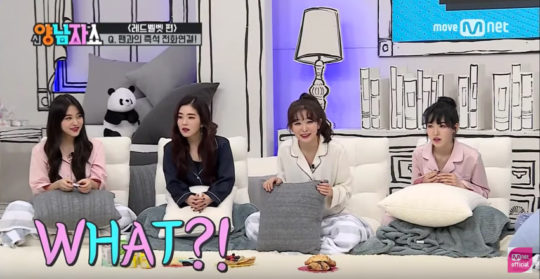 Seulgi says that she had seen the news about it, and was really thankful.

But Eunkwang says that he’s sorry: “Since I was disrespectful, saying that on TV, I wanted to apologize.” Red Velvet’s Seulgi shakes her head, saying, “No, not at all!” but Eunkwang continues, “I was really worried that our [BTOB] fans, Red Velvet fans, or even you [Seulgi] would have been uncomfortable hearing [me say you are my ideal type], so I really wanted to tell you [that I’m sorry].”

He wrapped up, “We’re all cheering on Red Velvet, so best of luck!”