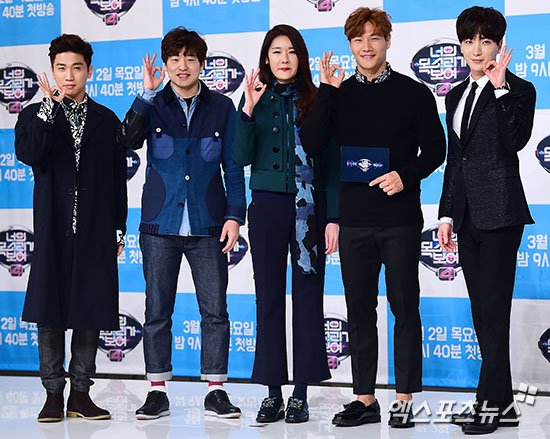 On March 2, at a press conference for Mnet’s “I Can See Your Voice,” MCs Kim Jong Kook, Yoo Se Yoon, and Leeteuk talked about who they would like to invite onto the show.

Kim Jong Kook laughed and said, “I asked Cha Tae Hyun to come onto the show to promote his new movie and he responded positively to it. We help each other out like that; however, he is a bit hesitant to appear on the show because he wonders if anyone will want to do his song.”

Leeteuk stated, “I think it would be fun if Song Joong Ki and Lee Kwang Soo guested on the show together. I also think that, just speaking music-wise, Yoo Hee Yeol would also be a great guest.”

Yoo Se Yoon responded, “We would be really grateful if BTS came on as guests for the show.” He referenced BTS’s international popularity as a primary factor for wanting to invite them onto the show, as “I Can See Your Voice” is well-known overseas.

I Can See Your Voice
Kim Jong Kook
Leeteuk
Yoo Se Yoon
XPN
How does this article make you feel?