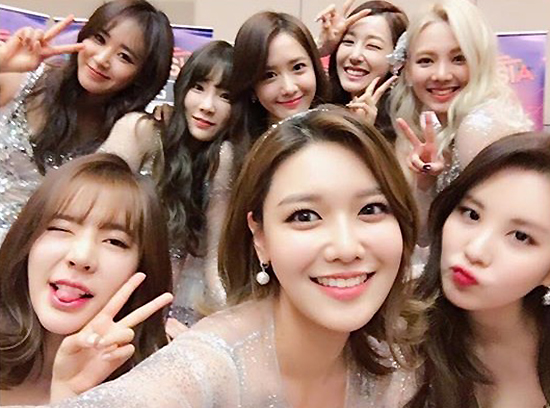 According to reports, Girls’ Generation will be gathering as a whole group for a concert on April 1. The concert is centered around supporting Korean and Vietnamese multicultural familes and will be held in Hanoi, Vietnam. Fellow SM labelmates Leeteuk and NCT 127 will also be attending.

A source from SM Entertainment confirmed that all eight members will be participating in the concert. Furthermore, reports claim that Girls’ Generation is highly likely to release a new album in the latter half of this year just in time for their 10th debut anniversary. Apparently, the members will be preparing soon.

Meanwhile, the members have been busy with individual activities since their last comeback. Taeyeon, Seohyun, and Tiffany have released solo albums. Yuri is acting in SBS’s “Defendant” while YoonA is filming MBC’s “The King Loves.” Sunny, Sooyoung, and Hyoyeon have been making appearances on variety shows and working on other projects.