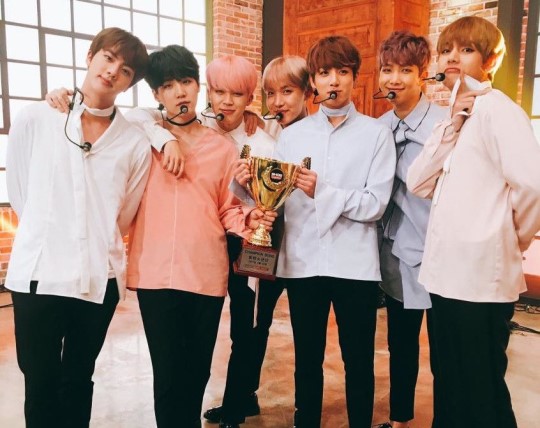 Fans will be able to see BTS promote their latest tracks one last time!

On March 3, a source revealed that BTS will be appearing on the March 8 episode of MBC Music’s “Show Champion.” Their performance was previously filmed on March 1. While the group will be unable to appear live, the music show will air a special episode instead.

Thus, BTS’s performance on “Show Champion” technically becomes their goodbye stage for their special album “YOU NEVER WALK ALONE.” The group was only able to promote “Spring Day” and “NOT TODAY” for a week.

Meanwhile, BTS will embark upon their world tour to 17 different cities around the world starting with Chile.

BTS
Show Champion
How does this article make you feel?