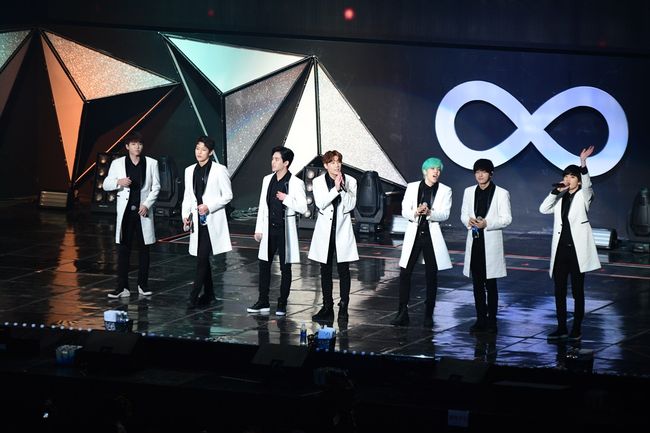 INFINITE will be releasing new music before the spring season is up!

On March 3, the group held the first day of their “2017 INFINITE’s Infinite Gathering 3” (literal translation) fan meeting, where they performed many special stages and had special corners prepared just for their fans.

During the event, an unexpected black-and-white teaser video featuring solo shots of the members was shown, which ended with the words “2017 May.”

The teaser served as a prelude to INFINITE officially making a comeback in May, eight months since their last release. The group previously dropped their sixth mini album “INFINITE Only” and its title track “The Eye” back in September of last year.

Are you excited about this comeback?