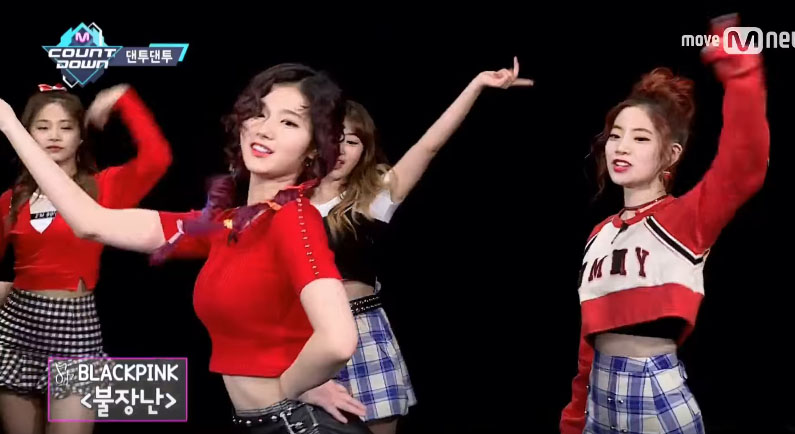 Despite working hard to promote their hit song “Knock Knock,” TWICE is never too busy to have some fun!

On the March 2 episode of Mnet’s “M!Countdown,” the girls participated in “Dance Dance Together,” a recurring segment of the show where idol groups are given special dance challenges.

TWICE started off the segment by talking about the unique choreography for “Knock Knock,” with Chaeyoung adding, “To be honest, isn’t the choreography super dangerous?” Some of the members then jokingly demonstrated parts of the dance where it is easy for them to make mistakes and bump into one another, and caused plenty of laughter.

Per fans’ request, the ladies also performed a cute version of one of the song’s signature moves, the “peek-a-boo dance.” Jungyeon and Dahyun took turns making funny faces and striking hip-hop poses as they popped out from under the arms of the other girls. 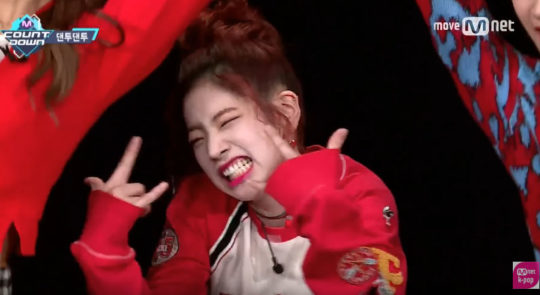 They then showed off their “girl crush” poses and playfully performed a particularly aggressive version of “Knock Knock,” with the members replacing the shy knocking choreography with plenty of air punches.

However, the highlight of the segment was when the girls took on the random song challenge, where they had to dance to “Knock Knock” in time while other songs played in the background. At first, they were able to continue to dance their choreography to Park Jin Young’s “Honey” with some success. Yet when “Playing With Fire” came on, a few members immediately jumped into performing BLACKPINK’s choreography instead. 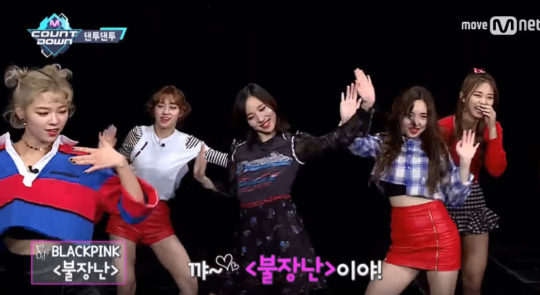 All of TWICE seemingly forgot the point of the challenge entirely the moment the music changed to EXO’s “Overdose.” Almost immediately, the members began performing a surprisingly synchronized version of the song’s original choreography. 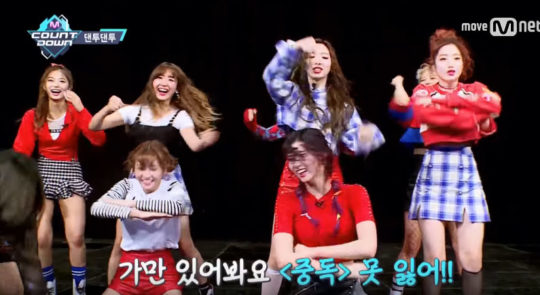 Even as she reminded her fellow members, “We have to keep dancing ‘Knock Knock’!” Jihyo herself also joined in to the addictive “Overdose” dance.

Check out the girls’ crazy dance antics in action in the full “Dance Dance Together” segment below!

TWICE
M!Countdown
How does this article make you feel?