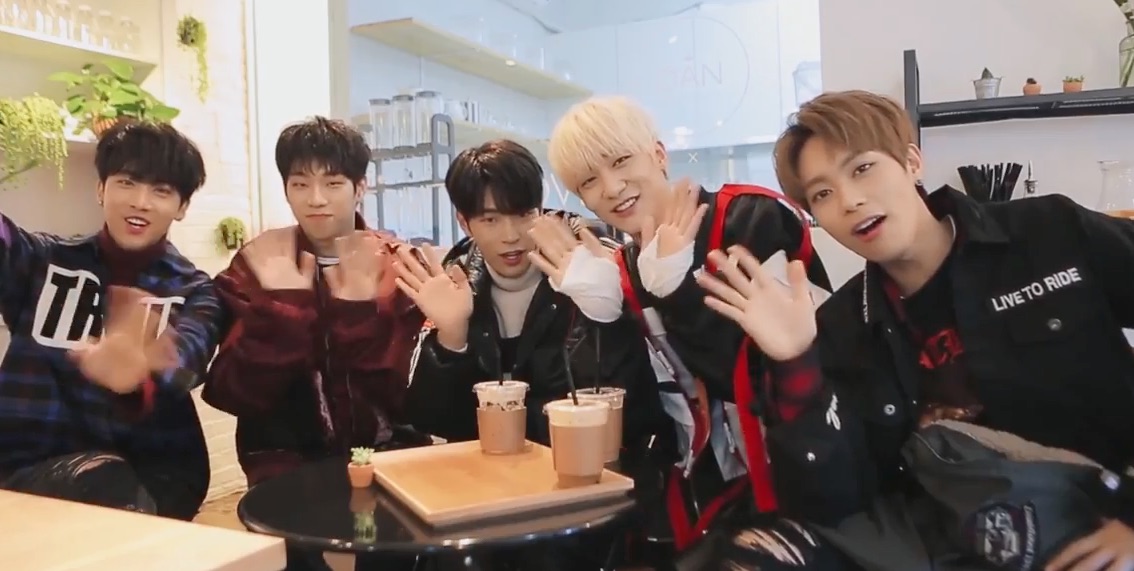 KNK recently had their first anniversary on March 3, and released a wonderful video to celebrate the occasion.

It begins with a video montage detailing key points in the group’s activities, from fanmeets to concerts to performing at the China Music Awards (CMA) in Macau. It then transitions into the members reading out diary entries they had written last February. Their words perfectly encapsulate the excitement, worries, and anticipation the members felt leading up to their debut.

Finally came a message from the members celebrating their first anniversary, and they shared their most memorable moments. Jihun talked about how fans had sent them gifts to celebrate their 50th day, while Youjin said that the showcase really hit home that they were actually making their debut.

Seungjoon ended the segment by thanking KNK’s fans, Tinkerbells, and saying how the members get so excited and happy every time they meet their fans.

Congratulations to KNK and Tinkerbells on a wonderful first year and we hope you have many more to come!