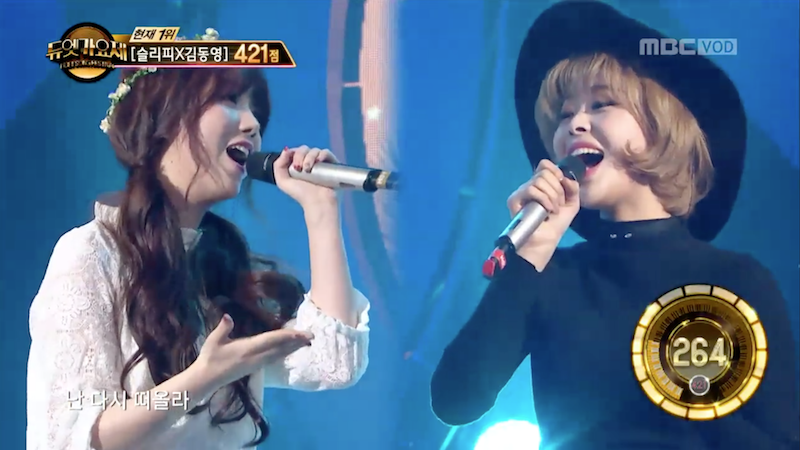 Watch: Lovelyz’s Kei Puts Her Own Spin On Taeyeon’s “I” With Her Partner On “Duet Song Festival”

On the March 3 episode of MBC’s “Duet Song Festival,” Lovelyz’s Kei made a solo appearance to cover her senior Taeyeon’s debut solo track, “I.”

Kei said of her performance, “I want to show people my own tone.” When she chose her partner, Hwang Se Young, she said, “This is exactly the voice I wanted. I think this person can make a connection with me.” 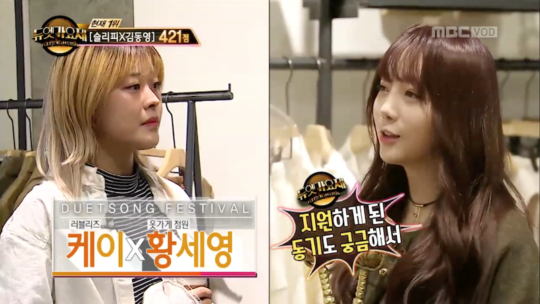 When she went to find her partner, she took a coffee with her name written on it, saying, “I prepared this for you.” Upon meeting, Kei was full of aegyo, calling her “unni” (older sister) and saying, “Unni, you’re mine.” Although her partner could also have chosen from Sleepy or Park Hye Kyung, Kei’s aegyo won the day.

The two of them covered Taeyeon’s “I” and showed an interesting combination between Kei’s clear vocals and Hwang Se Young’s husky voice.

Watch the episode, starting with Kei’s performance, on Viki below!

Lovelyz
Kei
Duet Song Festival
How does this article make you feel?