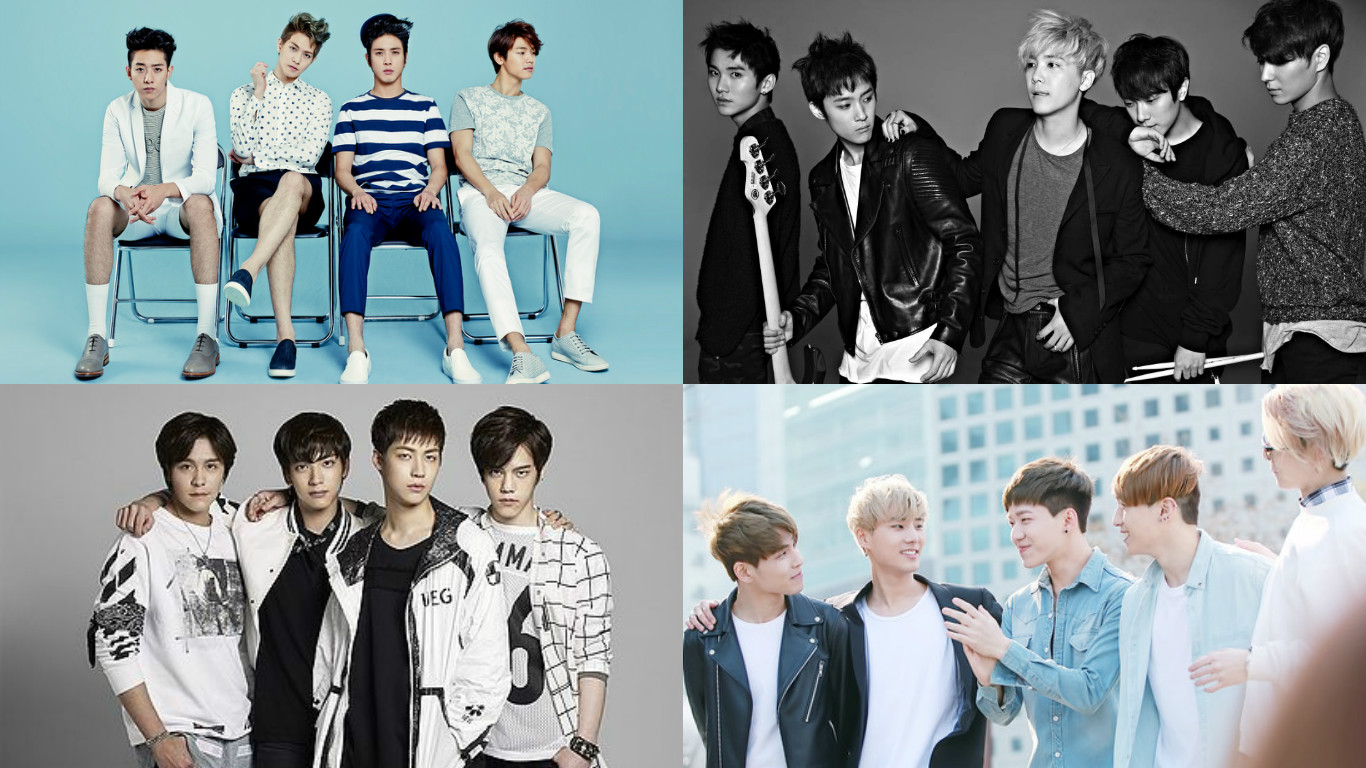 Could Bands Be Making A Comeback In The Age Of Idol Groups?

Can band groups hit it big in the oversaturated idol market?

In recent years, idol groups have been the name of the game in the Korean music industry. Although sometimes the baton has passed from boy groups to girl groups and vice versa, the spotlight has firmly been on multi-member groups with specific concepts and synchronized choreography. From small agencies to the Big Three, producing a hit idol group was the way to hit it big.

However, many agencies are beginning to shift the trend towards band groups. So far, up to ten companies are planning to launch band groups within the next year, suggesting that the music industry may be making a return to band music soon.

The reason for this may be the cutthroat competitiveness of the idol industry. There is a limit to the kind of concepts idols can do, and it may be more profitable to target a new market.

One music industry source said, “From the big agencies to the smaller ones, there are lots of bands with various concepts in development. After a long training period, they are putting together new faces and new characters.”

However, it can be difficult to put together a band group. Visuals continue to be important, but each member also needs to be talented on a specific instrument. On the other hand, bands have less pressure to be as conventionally attractive as idol groups. Often, the focus will be on the frontman of the group, who is traditionally in charge of both visuals and vocals.

Meanwhile, FNC Entertainment has been one of the pioneers in band groups, producing veterans CNBLUE, FTISLAND, and AOA (before they switched to a dance group). FNC also currently produces N.Flying, a relatively new rock band who debuted a few years ago.

In addition, JYP Entertainment launched DAY6 in 2015, who have taken a less conventional route by focusing on busking and making few appearances on broadcast. DAY6 has stepped up their game in 2017 with a project to launch a new single and concerts every month of the year. Also from JYP was the Wonder Girls, who despite starting out as a dance group returned from a long hiatus as a retro-vibe band before their disbandment earlier this year.

Would you like to see more band groups in the Korean music industry?

DAY6
FTISLAND
N.Flying
CNBLUE
Wonder Girls
How does this article make you feel?