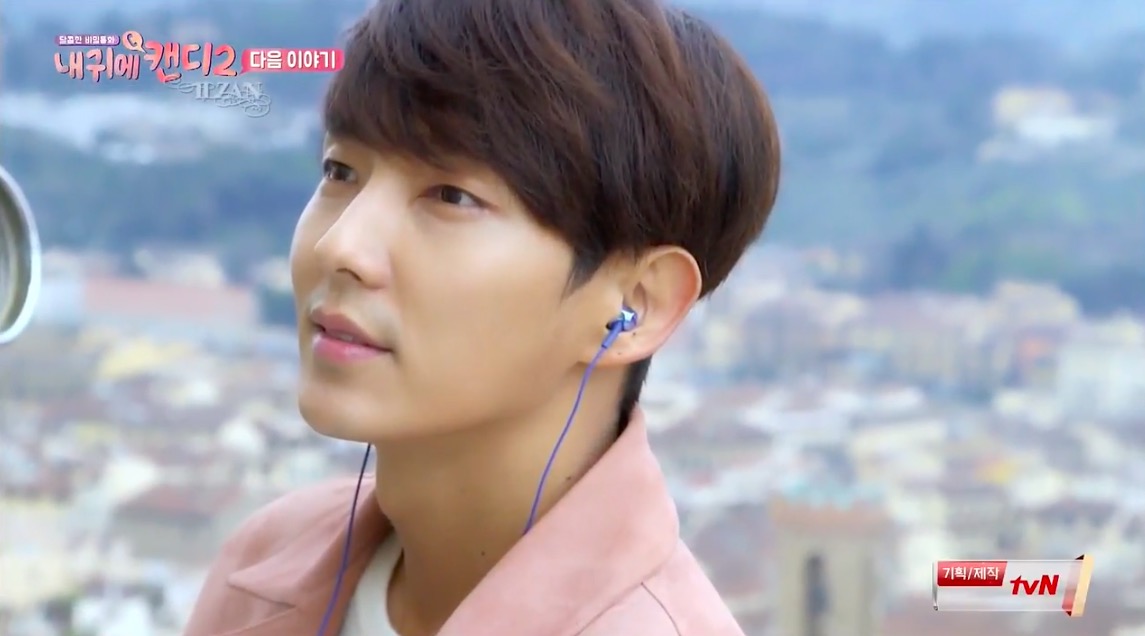 Watch: Lee Joon Gi Shows His Romantic Side In Preview For “My Ear’s Candy”

Lee Joon Gi will be getting to know a stranger over the phone in the next episode of “My Ear’s Candy”!

tvN’s reality show “My Ear’s Candy” follows celebrities as they converse over the phone with an anonymous caller until their phone batteries run out, forming friendships while trying to guess who is on the other side of the line. At the end of March 4’s episode, viewers were shown a preview for next week that features a rare reality show appearance by actor Lee Joon Gi.

Lee Joon Gi will be chatting with his “candy” while traveling in Florence, and the preview highlights the picturesque setting as Lee Joon Gi rides a bike through the city, sightsees, and later tries to cook a romantic dinner.

He grins as he introduces himself to his caller as “Mr. Red Ginseng,” which has her just replying, “Huh?”. Lee Joon Gi previously said in an interview back in 2012 that he dreamed of being born again as red ginseng, and that he wanted to give other people energy as the plant is believed to do, and it appears that he still likes that idea!

As Lee Joon Gi travels around, he tries to guess the identity of his “candy,” and says, “I keep looking for you because I think I’ll see you somewhere here.” While he admires the sights of the city he says, “I feel like we’re really on a date. It’d be better if we came here together.”