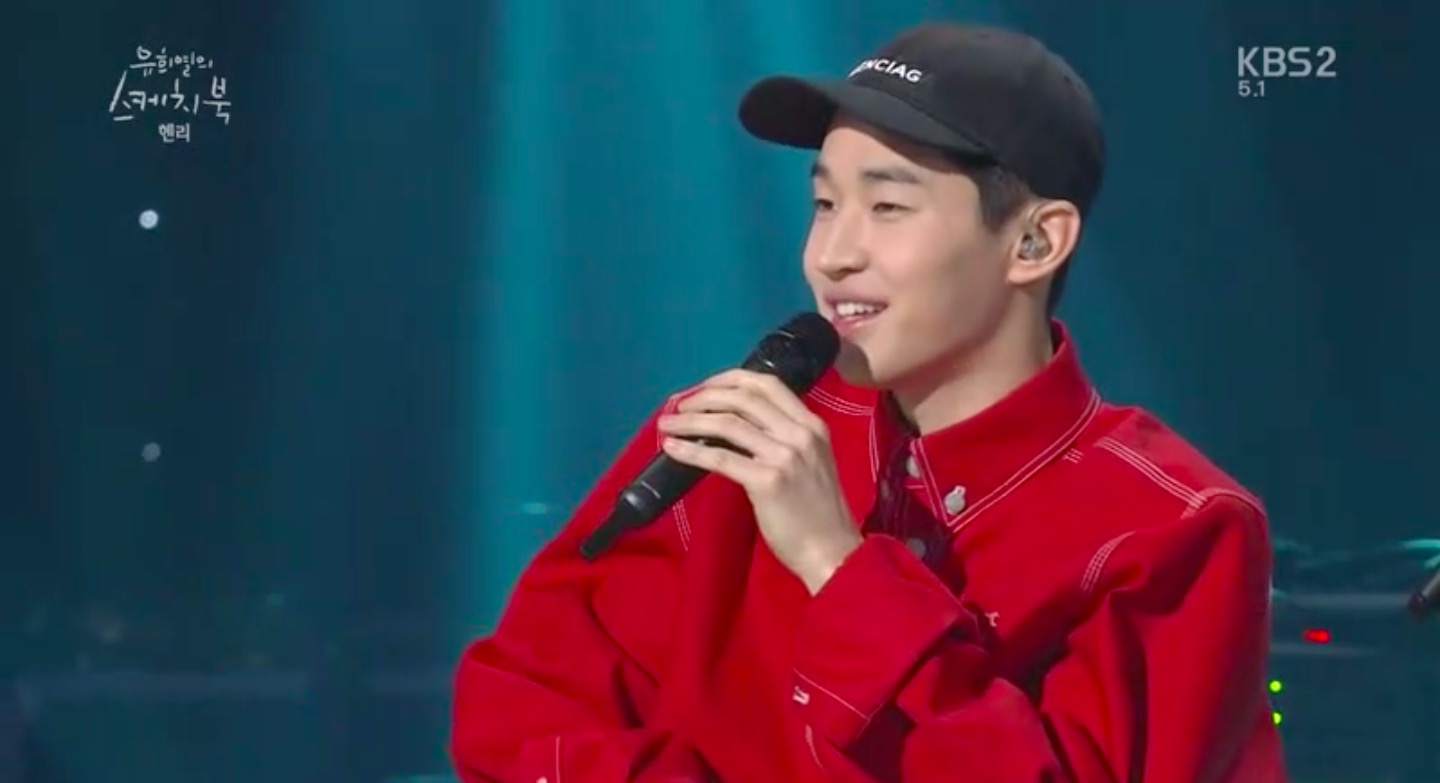 On March 4’s episode of “Yoo Hee Yeol’s Sketchbook,” Super Junior-M’s Henry appeared as a guest and wowed the audience with his talents, as well as chatted about his life and music.

During Henry’s interview, Yoo Hee Yeol mentioned that many people call Henry a musical genius, and asked him if that doesn’t make him feel pressured. “I’m definitely not a genius,” Henry replied. “I don’t think there’s such a thing as a genius. Everyone [who is seen as a genius] has practiced very hard.”

Yoo Hee Yeol asked in return, “Is there someone that makes you think, ‘Wow, this person is really great at music,’ someone you’d admit is a musical genius?”

Henry first named Yoo Hee Yeol himself, before saying, “There was one thing I was amazed by recently!”

He then sang a line from BIGBANG’s “FXXK IT,” and said, “When I first heard this song, I thought ‘Wow, a genius wrote this.'” Henry explained that he had been amazed by how the English lyrics “And I wanna get down” in the chorus match up with the song’s similar-sounding Korean phrase, which is pronounced as “ehra moreugettda” and the group has translated to “FXXK IT.”

“It’s the best,” Henry said with a thumbs up, before turning to Yoo Hee Yeol and asking, “Do you have that person’s phone number? Please introduce me to them!” Yoo Hee Yeol jokingly replied, “I don’t want to!” 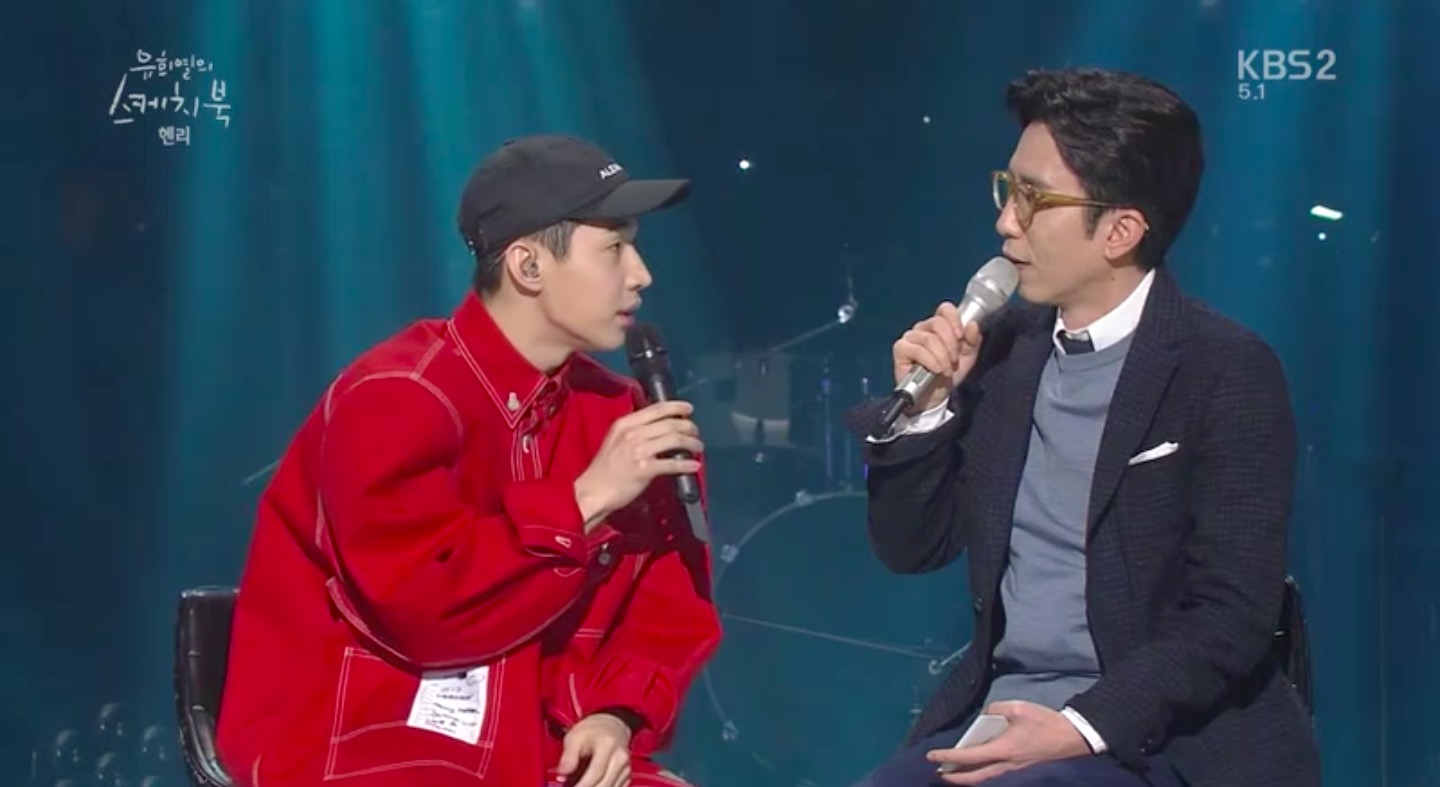 The lyrics for BIGBANG’s “FXXK IT” were written by YG Entertainment’s famous composer Teddy, along with BIGBANG members G-Dragon and T.O.P.

In this week’s episode, Henry performed a sweet cover of Michael Jackson’s “The Way You Make Me Feel,” as well as staged a beautiful performance of g.o.d’s “Road” followed by a fun version of “Uptown Funk,” during which he amazed everyone by playing the piano, violin, and guitar.