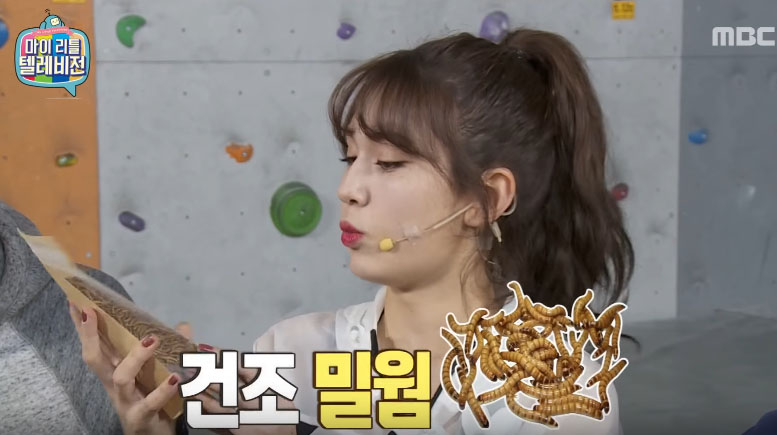 Jeon Somi might have the strongest stomach in K-pop!

She recently took on the challenge of eating insects while appearing on the MBC variety show “My Little Television.”

During the March 4 episode of the program, Jeon Somi was joined by her father Matthew Douma, who helped her cross “trying an unusual food” off her bucket list. The idol pulled out two bags and surprised everyone when she revealed that they would be trying mealworm and grasshopper. 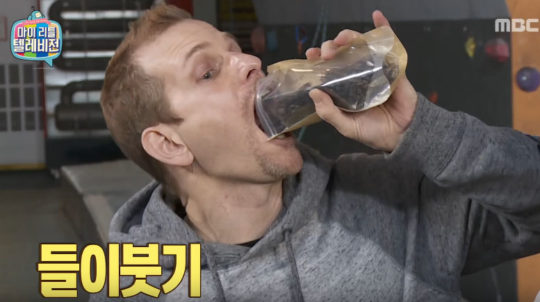 Her father joked that grasshoppers are great with milk and that they regularly eat them for breakfast. However, when he tried showing off by pouring them into his mouth, his expression changed almost immediately, proving that was definitely a lie. 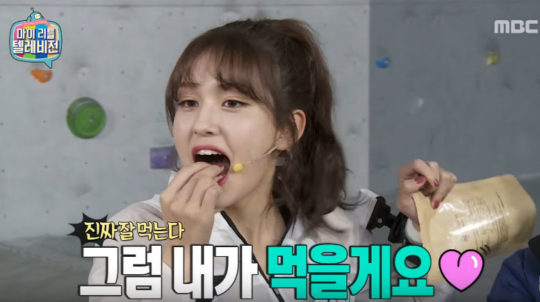 Jeon Somi then tried a few herself and was surprised by the taste, saying it tasted “similar to black beans.” However, even after offering to “rip the wings off” for her, she could not convince the show’s MC Seo Yuri to try them.

She then casually began snacking on the mealworms and compared them to fish jerky, which piqued Seo Yuri’s interest. When she finally popped a couple into her mouth, she was surprised to find how accurate the description was, and even joined the idol in recommending them to viewers!

Check out Jeon Somi’s bravery in action in the clip below!

Would you be able to take on this challenge?

My Little Television
Jeon Somi
How does this article make you feel?