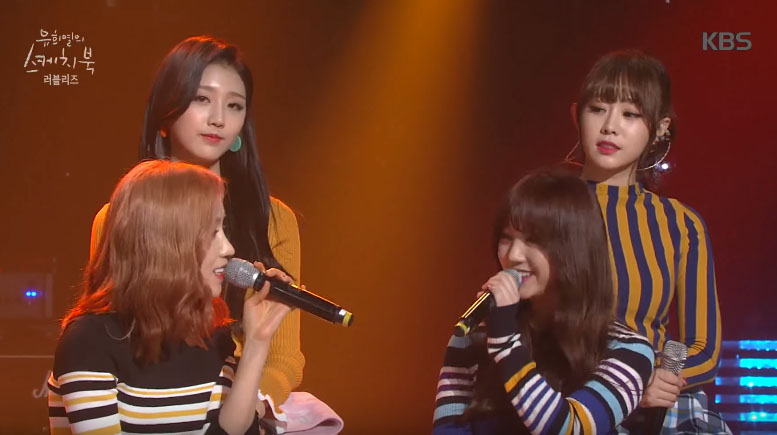 During the March 4 broadcast, the group performed a special stage of Baek Ji Young songs. Last August, the popular ballad singer had appeared on the program and performed their single “Ah-Choo.”

The girls told Yoo Hee Yeol that they had seen her performance, saying that they were really excited that she not only chose to perform their song, but even learned each individual members’ choreography.

Now that the expecting Baek Ji Young’s due date is coming near, Lovelyz decided to prepare a special stage for her.

During the performance, they covered a number of popular Baek Ji Young hits – “My Ear’s Candy,” “That Woman,” “I Love You,” “Like Being Hit By A Bullet,” and “Don’t Forget Me.” When singing the last song, however, the girls couldn’t contain their smiles as they playfully changed the final lyrics to “Baek Ji Young, have a safe delivery.”

Check out Lovelyz’s full performance in the clip below!