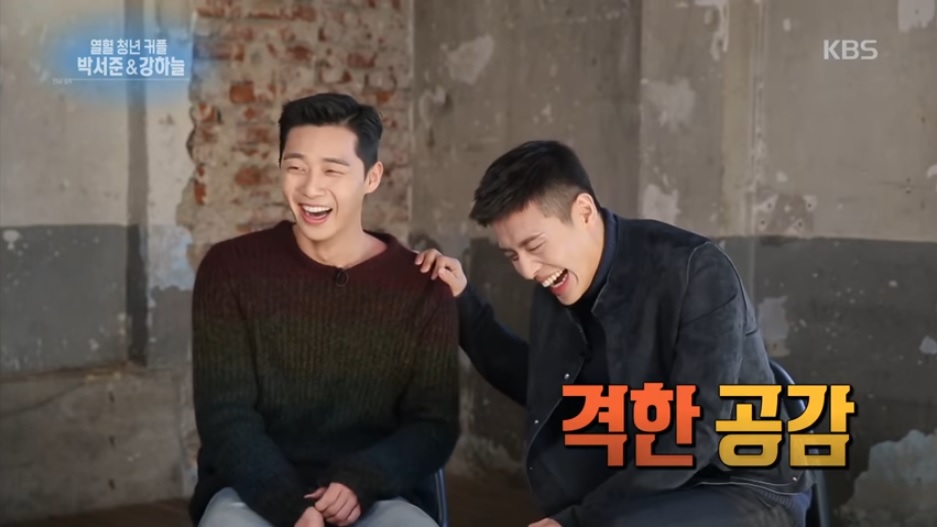 Actors Park Seo Joon and Kang Ha Neul shared what it was like working with each other as new co-stars.

On the March 4 broadcast of KBS2’s “Entertainment Relay,” the two sat down for an interview about their upcoming movie “Youth Police” (tentative title).

When asked about their reasons for choosing the project, Kang Ha Neul showed his fondness for his co-star and answered, “Park Seo Joon.”

Meanwhile, Park Seo Joon hesitated to answer the question, so Kang Ha Neul replied, “For him it’s the script,” causing laughter on set. 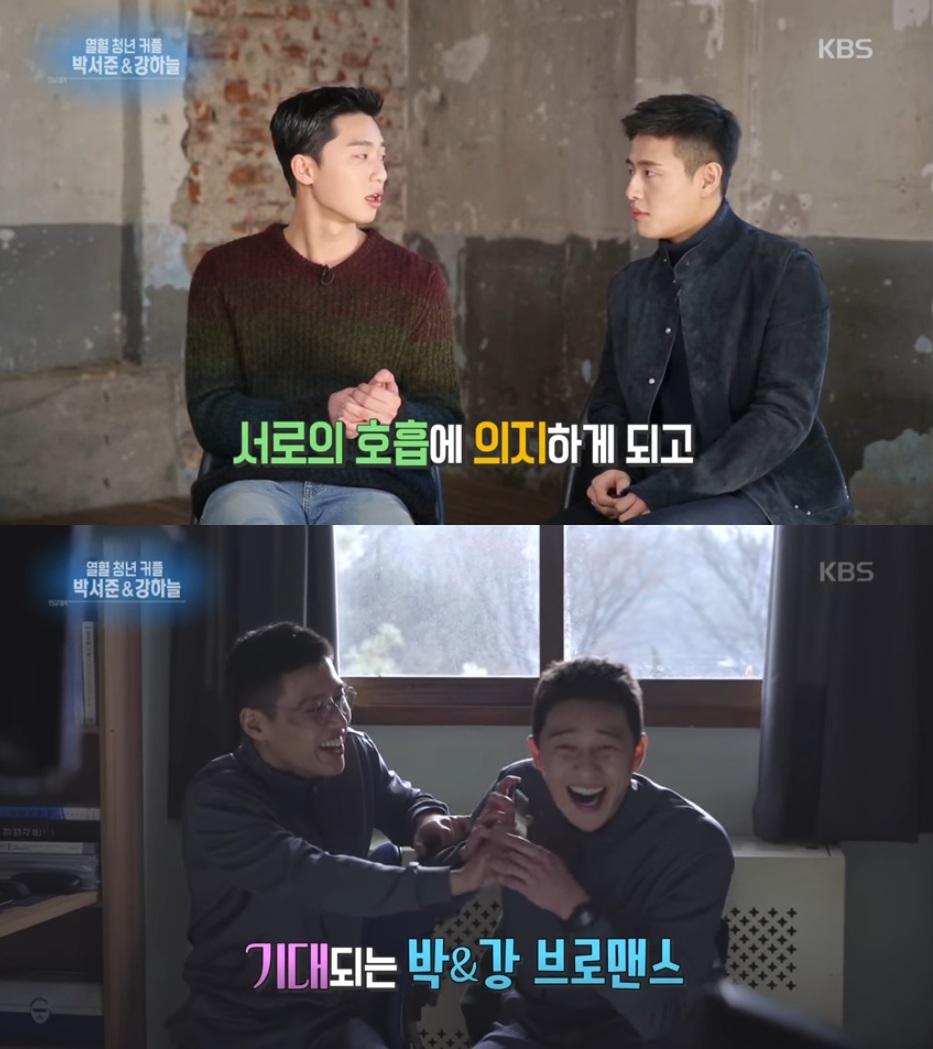 Nevertheless, Park Seo Joon spoke highly of their relationship and commented, “I think we work well together. In our movie, we’re given more situations than scripts. Without specified dialogue, we often have to rely on our chemistry, so we ad-lib every two or three minutes.”

Kang Ha Neul added, “The director enjoys watching [our ad-libs], so he doesn’t cut the scenes.”

The two picked running as the most difficult part of filming the movie and shared “It was like ‘Forrest Gump.’ We just kept running, it felt like we did a five-year’s worth of running. The director tried to be considerate and minimized the cuts to three to four takes, but instead of running once per take, we would run about 500 meters from beginning to end for the whole scene.”

Park Seo Joon remarked, “I think what differentiates our movie from others is that it is targeted at the youth in a way you’ve never seen before. It’s an energetic movie you can watch lightheartedly.”