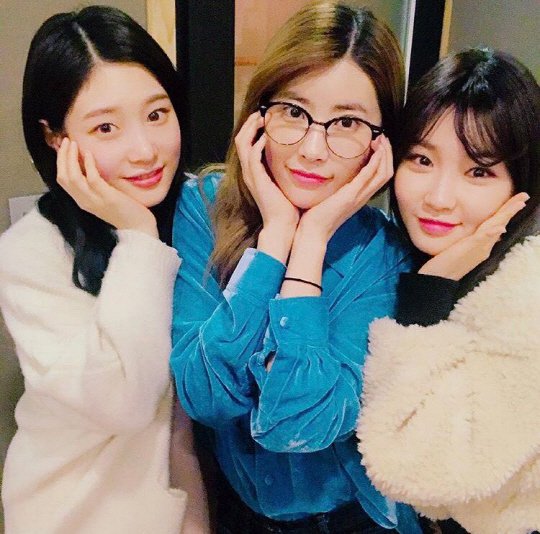 On March 5, MBK Entertainment revealed that the former “Produce 101” and I.O.I idol will be featuring in girl group DIA’s new album.

The track on which Kim Chungha features was written by Ki Huihyeon, who appeared on “Produce 101” with fellow DIA member Jung Chaeyeon. The song is titled “No Time.”

Other artists featuring on DIA’s album is trot singer Hong Jin Young and the girls will participate in writing and producing on the 7 or 8 tracks in the album.

Album production will continue throughout March and DIA’s comeback will reportedly be sometime in April. Meanwhile, Kim Chungha is preparing for her solo debut.

DIA
Chungha
Produce 101
I.O.I
How does this article make you feel?