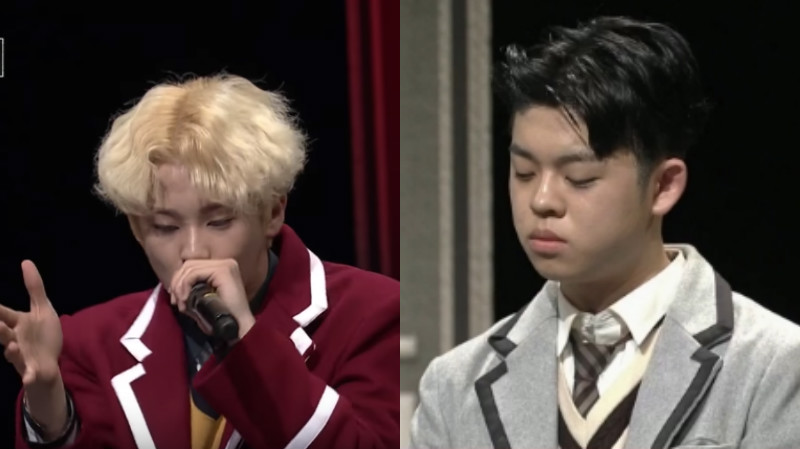 On the March 3 episode of Mnet’s “High School Rapper,” the show held a final selection battle to determine three people from each district to continue on to the next round.

Shin Sang Ho, NCT’s Mark, and Kim Jong Bum were the first contestants from the Gangseo District. While all of them set the stage on fire, Mark showed the most potential and made it to the next round.

The second battle for the Gangseo District was between Yang Hong Won, Han Ji Suk, and Kang Seung Wan. Though Yang Hong Won made a mistake, he was able to cover it up with his skills and easily won the hearts of the judges.

In Western Gyeongin, Kim Dong Hyun (MC Gree) put on a strong performance despite his competitors’ mistakes and moved on to the next round.

Choi Ha Min, who previously gained attention for receiving support from EXO’s Chanyeol and other celebrities, showed outstanding leadership and rap skills, making it to the upcoming round as well.