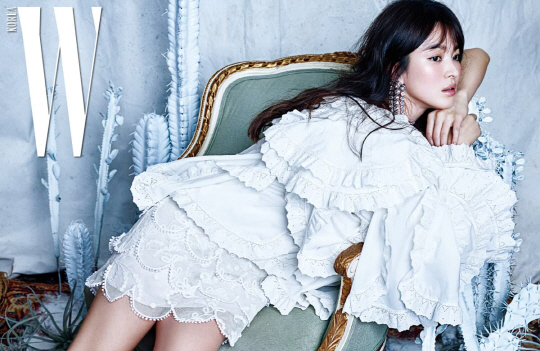 Song Hye Kyo Talks About Marriage, Actresses She Wants To Work With, And More

In the March issue of W Korea, Song Hye Kyo revealed which actresses she would like to work with, life as an actress when she was in her twenties, and the prospect of getting married.

In response to a question asking which actresses she wants to work with, she responded, “I’ve vaguely imagined acting with a bunch of women, and two people who were always in that picture were seniors Jeon Do Yeon and Kim Hye Soo. I’m very curious to know how they act on set, and I want to find out how they will influence my acting when I’m with them.”

“I heard they’re making a female version of ‘Ocean’s Eleven’ in Hollywood. It would be great if there were something like that in Korea as well,” she expressed, and continued, “I also want to try acting with fellow actors Jun Ji Hyun and Son Ye Jin, since their styles are very distinct from mine, and they already have a strong career in the movie industry. It would have been nice if I had been given those kinds of opportunities when I was younger.” 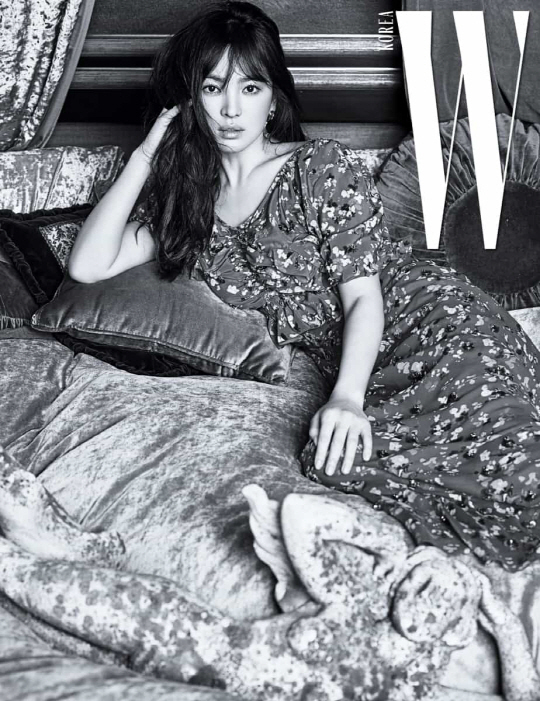 Regarding her relationship with female colleagues when she was in her twenties, she named Choi Ji Woo and Kim Hee Sun as some of her seniors that treated her well.

She added, “I wanted to get close to a lot of actresses at the time, but in your twenties you end up in a fierce competition without even meaning to. That creates a difficult atmosphere to make friends. Now that I’m in my thirties, I feel like the competition was all for nothing, and I want to find people close to my age that I can become good colleagues with.” 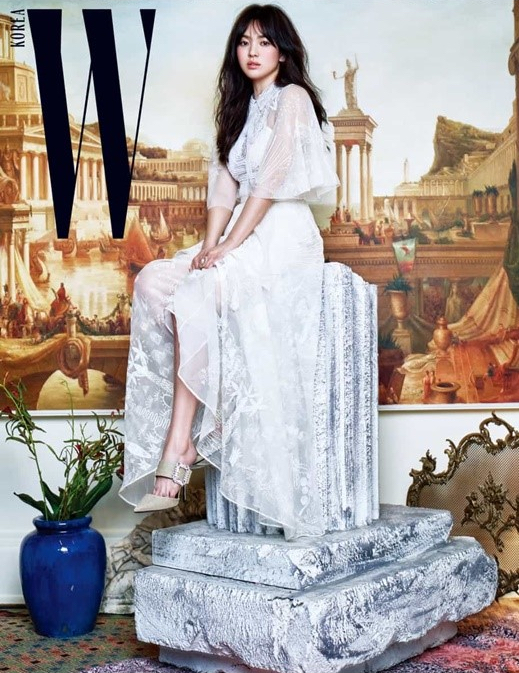 With the passage of time, the people around Song Hye Kyo are getting married and having children. “I also think I should get married. I used to think it was easy, but it’s getting harder and harder because the people I can date are limited, while my expectations are becoming more specific. When I hear stories from married people around me, my fantasies about marriage fade away little by little.”

Also find out what she says about guy-girl friendships, and check out more images from her photo shoot with Yoo Ah In.

Meanwhile, Song Hye Kyo previously received the Grand Award at the 2016 KBS Drama Awards with her hit drama “Descendants of the Sun.” She is currently resting and selecting her next project.

Start watching “Descendants of the Sun” below!

Song Hye Kyo
W Magazine
How does this article make you feel?