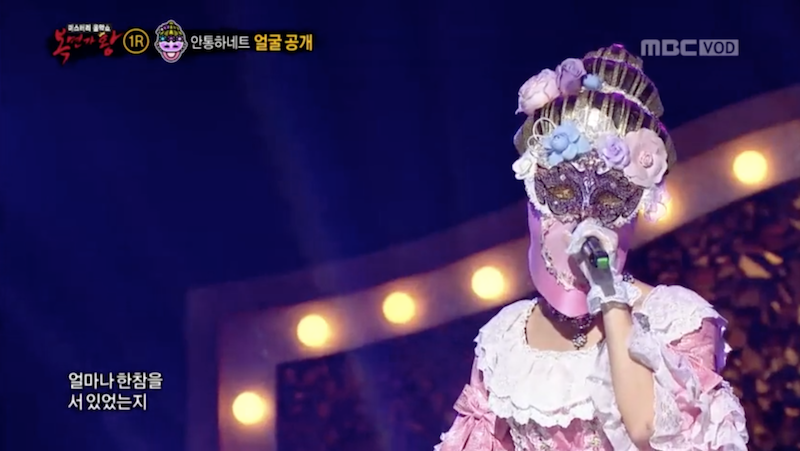 The March 5 episode of MBC’s “King of Masked Singer” featured eight singers who aim to challenge Gangnam Swallow on his newly earned crown.

In the second performance of Round 1, “Ballerina” and “Antoinette” (actually a play on words in Korean) faced off with Kwon Jin Won’s “Happy Birthday to You.” 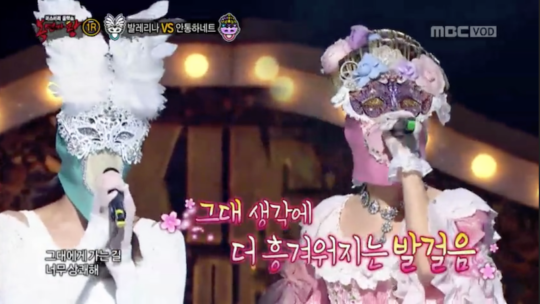 On the celebrity panel, Kin Dong Gyu said, “Antoinette seems like a musical actor,” while Kim Hyun Chul commented, “She has a wide genre. Looking at the way she sings high notes, her voice won’t fade with age.”

After Antoinette lost to Ballerina, she unmasked herself to be Kim Jaekyung, formerly of girl group Rainbow. The DSP Media girl group, which debuted in 2009, disbanded late last year when the members decided to leave the agency and go their separate ways. 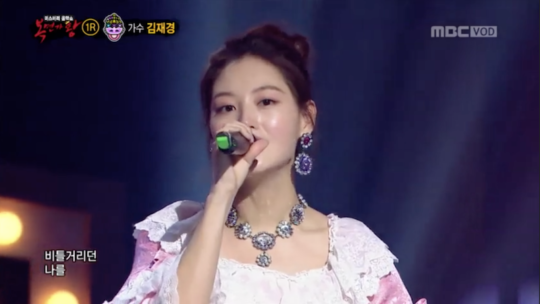 Kim Jaekyung said, “This is my first performance since I started working on my own. My first official stage as a solo artist. I’m so happy that I can stand on a stage and sing again after so long.”

She added, “I received a lot of love [in Rainbow] but I lost my confidence after our results weren’t so good. I hope that I can recover it through everyone’s support.”

She also said, “I wasn’t the main vocalist in Rainbow. There are members who sing better than me in Rainbow. Guys, come out here.”

Kim Jaekyung
Rainbow
The King of Mask Singer
How does this article make you feel?