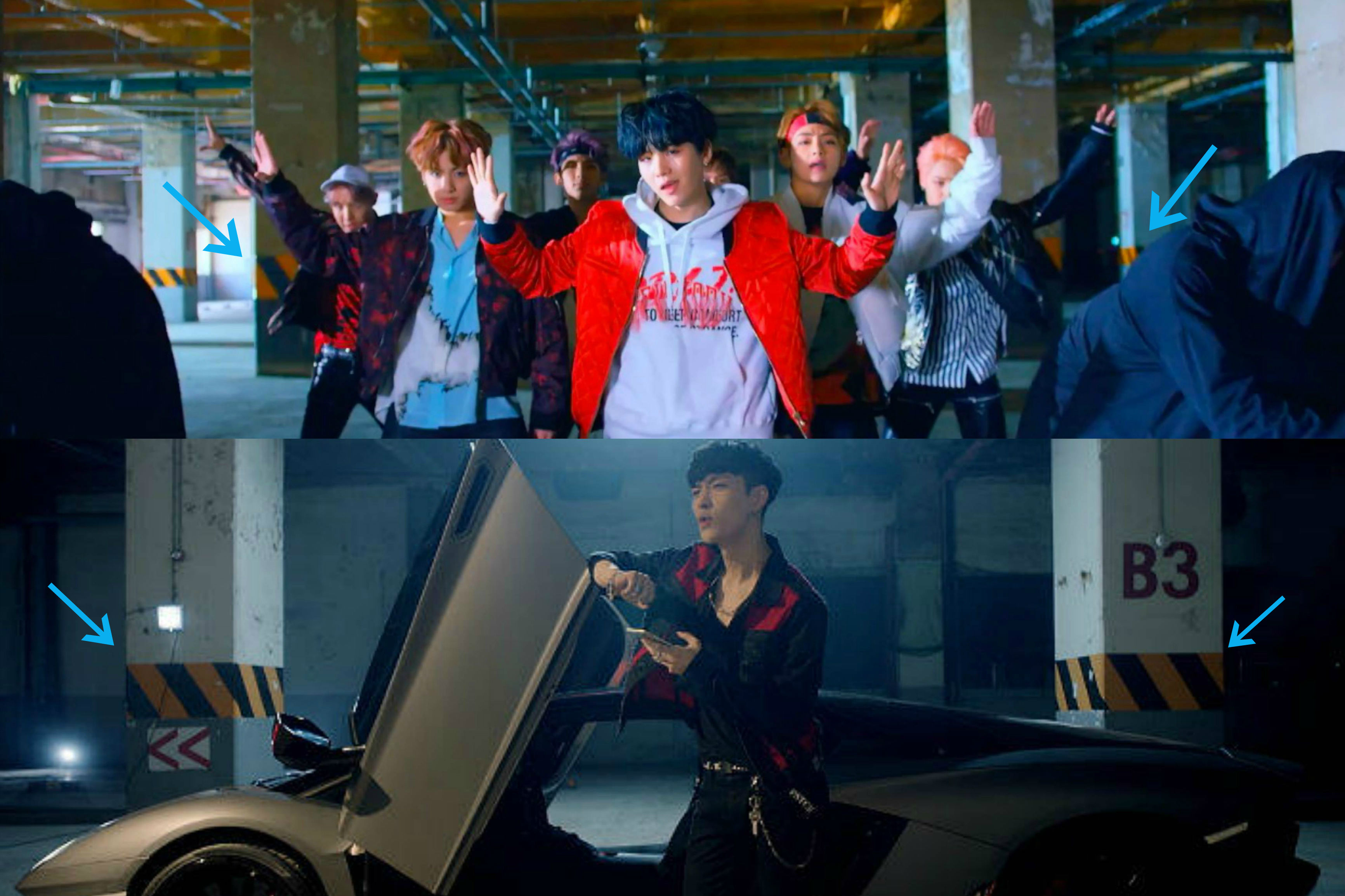 If there’s anything more recognizable than an idol’s hair color and wardrobe during a particular comeback era, it’s the background set of that song’s music video. K-pop music videos are well known for their elaborate visuals and unique production sets, which is why so many of us can identify a song from a set alone.

But as the saying goes, it’s a small world. Not every music video features a new filming location. So, in no particular order, here are 12 production sets and locations seen in multiple K-pop music videos.

Amusement parks are popular locations for both film and photo shoots. Just look at the amusement park in the music video for Highlight’s “Ribbon.” 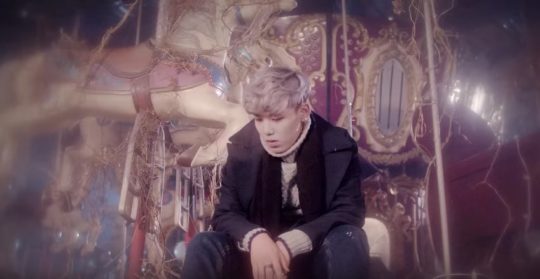 And even TWICE in their debut music video “Like Ooh-Ahh” back in 2015.

Interestingly enough, though, these music videos are actually all shot at Yongma Land — an abandoned amusement park in Korea. The location is featured in countless K-pop music videos and teasers, from EXO’s individual teasers for “Love Me Right,” to Crayon Pop’s famed “Bar Bar Bar” music video. IU even shot various photos for her “Last Fantasy” photobook at Yongma Land as well.

Even a kitchen could be a prime set for the right music video. One kitchen in particular has been the focal point of at least three. SISTAR’s sub-unit SISTAR19 featured the kitchen in the music video for “Ma Boy” in 2011. 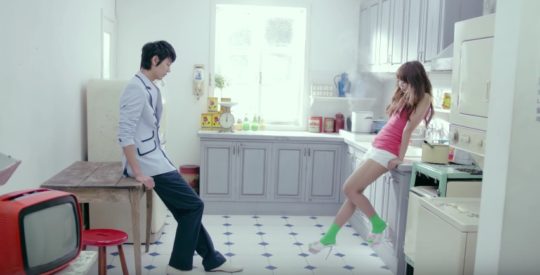 Three years later, soloist Park Boram pushed the fridge next to the counter for her “Beautiful” music video in 2014. 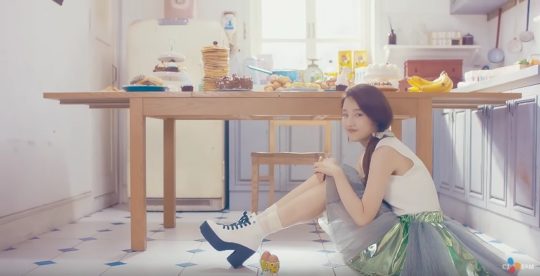 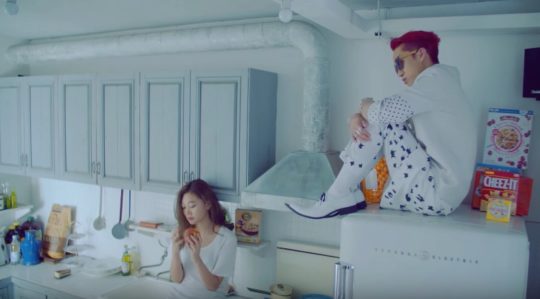 Here’s Lay dancing in a parking garage for his solo music video “What U Need.” 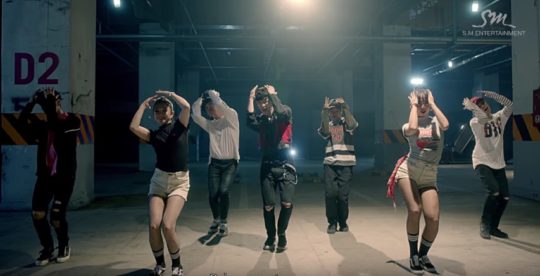 And BTS dancing in that same parking garage (with a one level difference) for their most recent music video “Not Today.”

Definitely one of the more popular sets, this filming location is a staple to K-pop music videos. You’re likely to have seen these rooms and alleyway recycled, re-angled, and redecorated several times — and you probably didn’t even notice.

For example, Hyorin dances in the alleyway for her solo music video to “One Way Love.” 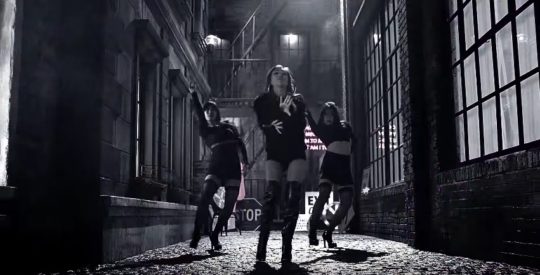 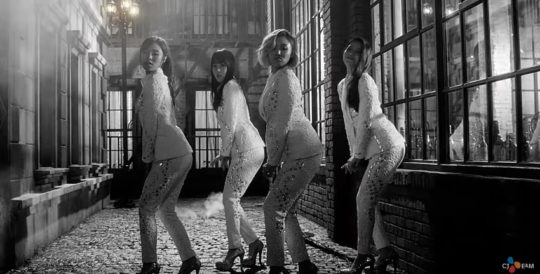 And Cross Gene does for “Amazing Bad Lady.”

Next to the brick alleyway is the simple white room, which is featured in music videos from Red Velvet, LABOUM, HELLOVENUS, Playback, Girl’s Day, and Stellar. 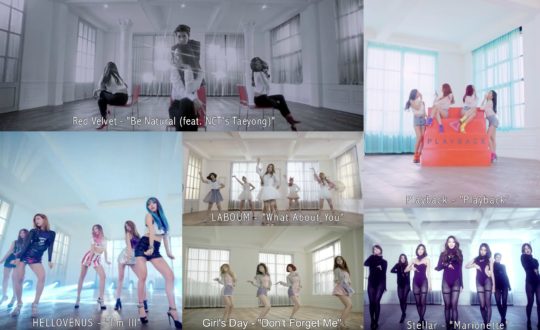 On the other side of the simple white room and alleyway is the brick room. Along with Cross Gene, Hyorin, and MAMAMOO from earlier, additional artists such as Anda, NS Yoon-G, HIGH4, and TROY have filmed their music videos in this set as well. 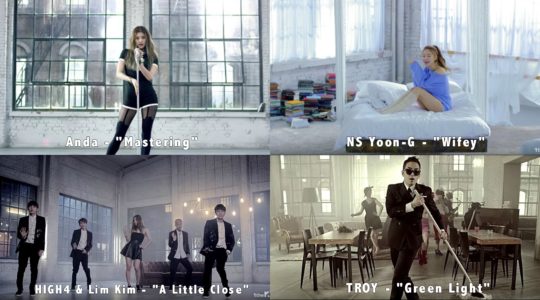 With as many music videos as SM Entertainment artists have filmed over the years, you can’t blame the label for wanting to recycle old sets for their newer artists.

Remember when Girls’ Generation’s Yoona spent a whole music video staring at projections of the Super Junior members for the “U” music video back in 2006? 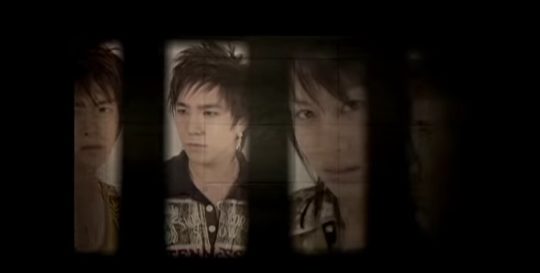 The concept and projection room was repurposed and adapted to fit into EXO’s “Miracles in December” music video seven years later. 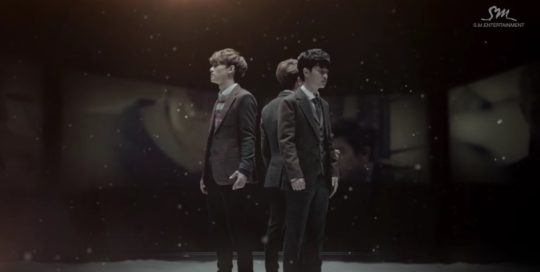 And the old set for Girls’ Generation’s “The Boys” music video? 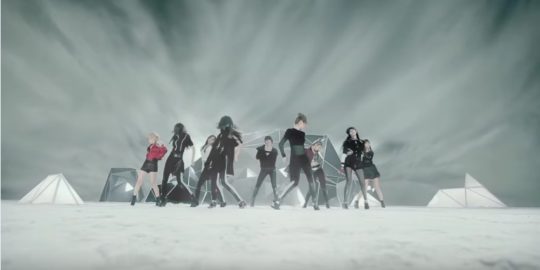 You can find parts of that also transformed into a refurbished one for the same 2013 EXO music video. 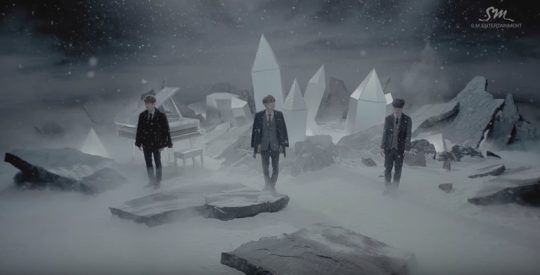 There’s even this Tetris-like set from Super Junior’s “Mr. Simple” music video in 2011… 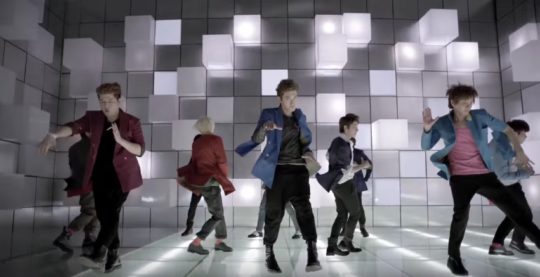 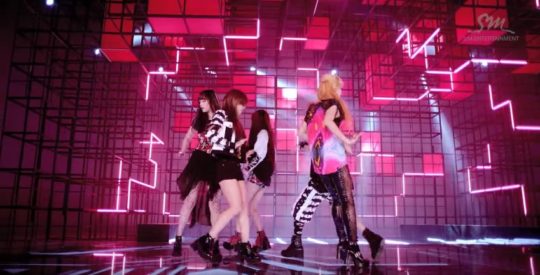 Much like the abandoned Yongma Land, abandoned warehouses are easy filming locations. They’re empty, full of charm, and easy to decorate with whatever props the music video may need.

f(x) turns this warehouse into the main focus of their “Red Light” music video. 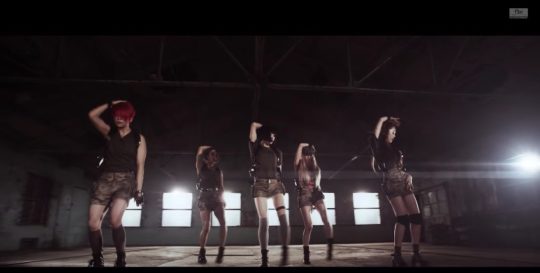 JJCC uses the same warehouse as the opening shot of their music video for “At First.” 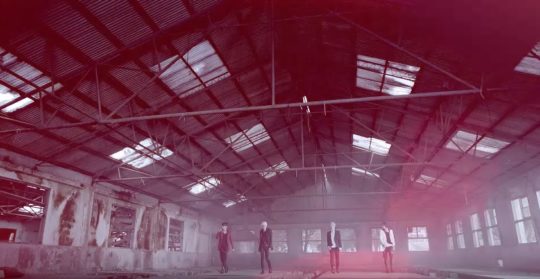 Then, the warehouse becomes a dance party for Hyomin’s “Nice Body” solo. 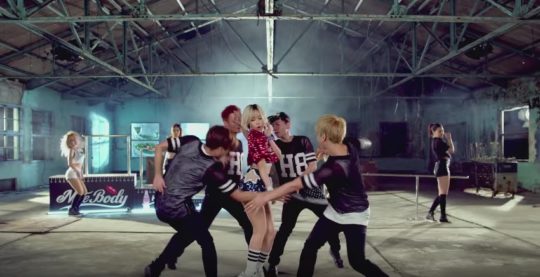 And more recently, MONSTA X turns the warehouse into an alternative experiment room for “Fighter.” 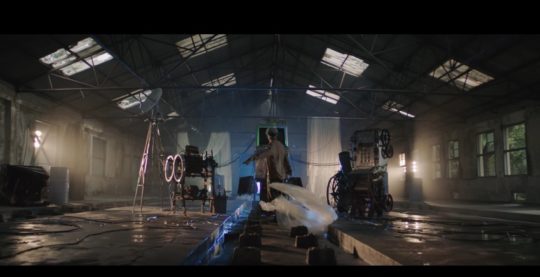 Beloved for its retro look and feel, the Four Aces Movie Ranch in Palmdale, California is an ideal location for filming. B1A4 even filmed scenes for their music video for “Solo Day” at the set, and Red Velvet made it their central backdrop for the “Ice Cream Cake” music video. 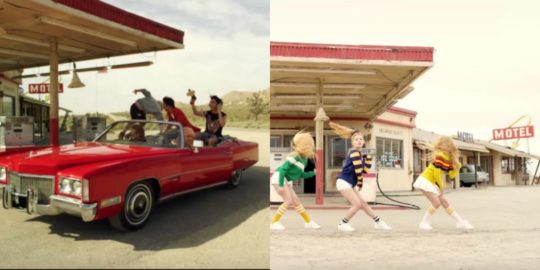 Both groups filmed various scenes outside of the set’s diner, as well as inside of it. 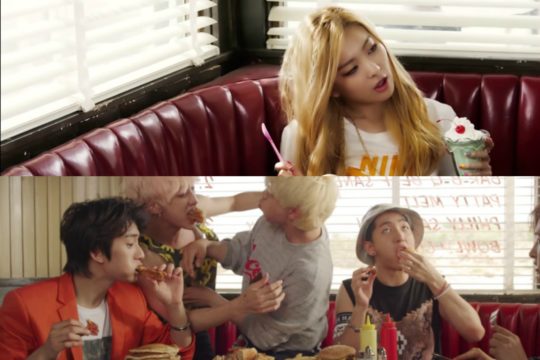 UP10TION released their music video to “Attention” in April 2016, 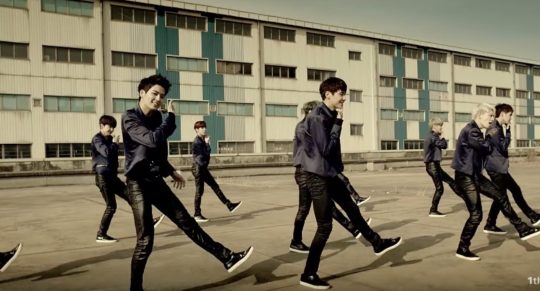 and SEVENTEEN dropped their music video for “Very Nice” three months later in July. Same rooftop as UP10TION, but with a brighter color scheme. 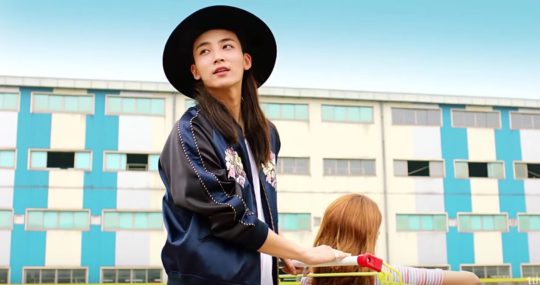 We’ll never get tired of seeing idols on rooftops, especially when the rooftops are from a few of the beautiful buildings on Kyung Hee University’s campus. 2PM filmed scenes for their “Promise (I’ll Be)” music video on the famed rooftops last September.

Later that same month – and on the same roof — Apink released their music video for “Only One.” 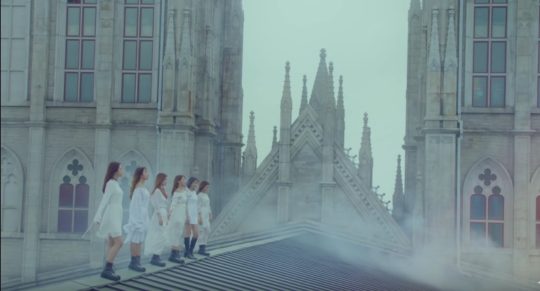 Brick rooms never go out of style. And even if they did, K-pop music videos would find some way to bring it back — just like it’s brought back this exact same brick room in multiple music videos. 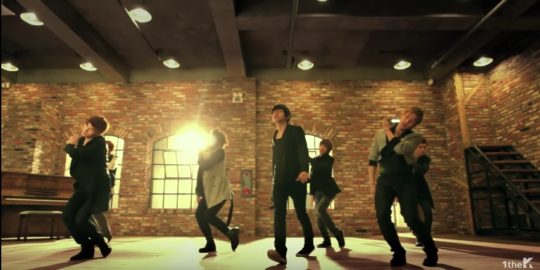 Then Teen Top for “No More Perfume On You.” 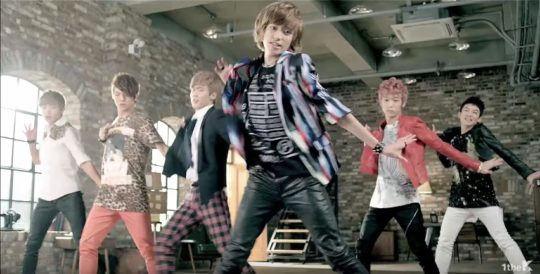 And B.A.P’s Yongguk in the same brick room for his solo debut single “I Remember” featuring Highlight’s Yang Yoseob. 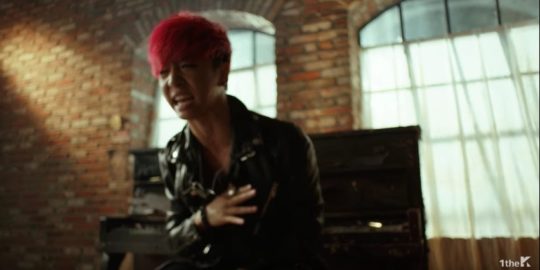 But also Jay Park in the brick room for “Star.”

And even soloist Roh Ji Hoon in the room for his debut song “Punishment.”

What are your favorite familiar K-pop music video sets? Let us know in the comments!