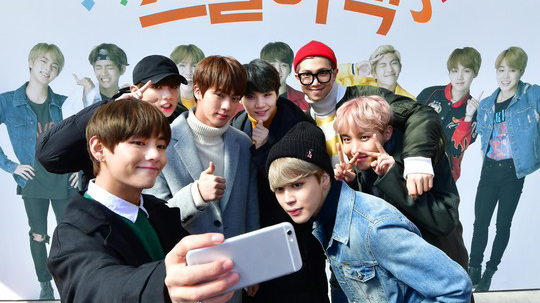 On March 6, BTS made a surprise visit to Sam Jeong Middle School in Seoul for their “School Attack” event in partnership with SK Telecom.

BTS congratulated the students on the new semester and also gave free signed CDs to students who won at the quiz game they played during the event. They also took a group shot with the students to commemorate the event. 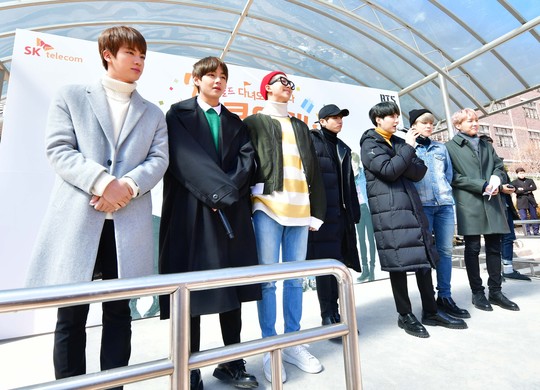 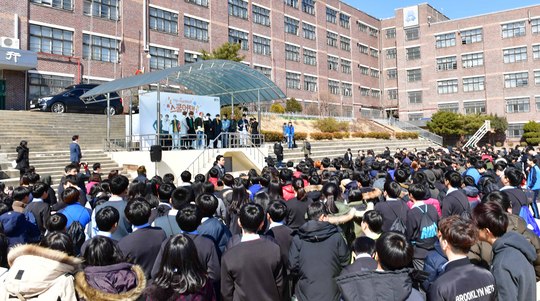 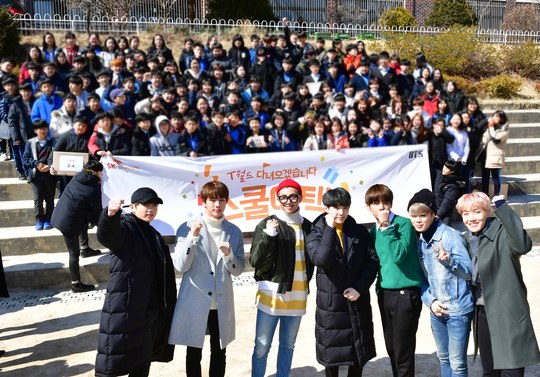 Students at the school said, “I participated in the T-World event, not thinking that we would win but I’m really happy we did. I feel like I’ve used all the luck I have today.”

Other students said, “I was sad that BTS wrapped up their comeback promotions so quickly but all of that disappeared because of today’s event.”

Meanwhile, BTS will begin their “Wings” world tour on March 12 in Santiago, Chile and wrap up their tour in Japan in July. BTS also released a surprise dance practice video of “Spring Day” for those who felt that their promotions ended far too soon.