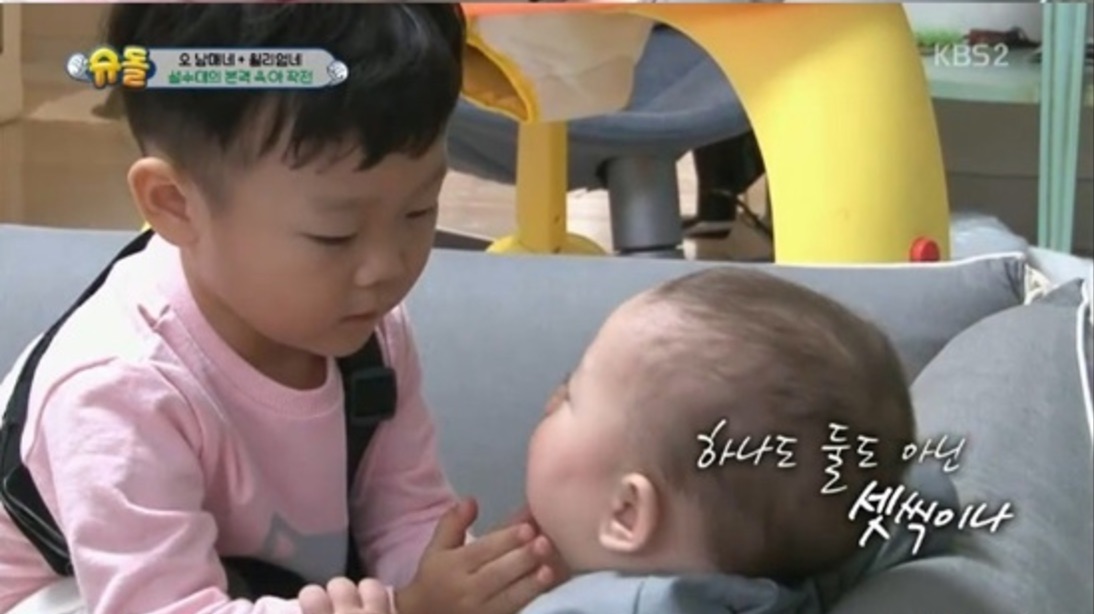 “The Return of Superman” has hit ultimate cuteness.

The trio had been expressing an interest in William and Sam Hammington’s dogs from watching the family on TV. This led Lee Dong Gook to take the kids over to see them as he said, “The kids really like babies. We’re going over to help out Sam Hammington because it looks like he’s having a hard time looking after William by himself.”

What greeted the trio first was not William, but the dogs. The kids shook in fear because they already had a fear of dogs, and the pets looked bigger in real life than they did on TV. Seol Ah, Soo Ah, and Daebak shouted for their dad, and Sam Hammington came to the rescue with William in his arms. 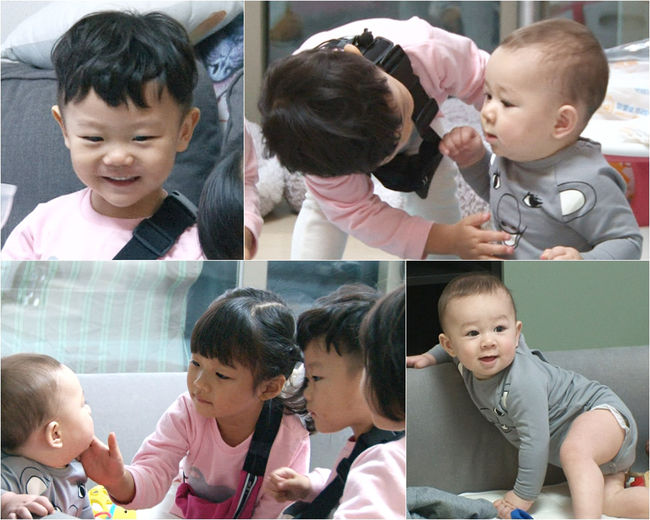 He asked the trio to look after William for a little bit while he put the dogs in a different room. Immediately forgetting how scared they were, the three kids ran to William with big smiles on their faces. Daebak seemed to be especially interested in the baby, trying to get William to talk as he said, “Can’t you speak? Baby, what’s your name?”

Seol Ah and Soo Ah gave William kisses and tried to change his diaper while Daebak held his bottle while he ate, acting like a dependable older brother.

Not used to taking care of four kids at once, Sam Hammington called Sam Okyere over, and it was awkward at first as Seol Ah, Soo Ah, and Daebak had never met the man before. However, they soon became friends as they all played with William. The trio did the “Boombastic Dance” for William, and they ended up having a dance battle with Sam Okyere, who seemed to be even more excited than the kids.

Check out the adorable interactions between William, Seol Ah, Soo Ah, and Daebak in the latest episode of “The Return of Superman” below!

Soo Ah
The Return of Superman
Daebak
Seol Ah
How does this article make you feel?