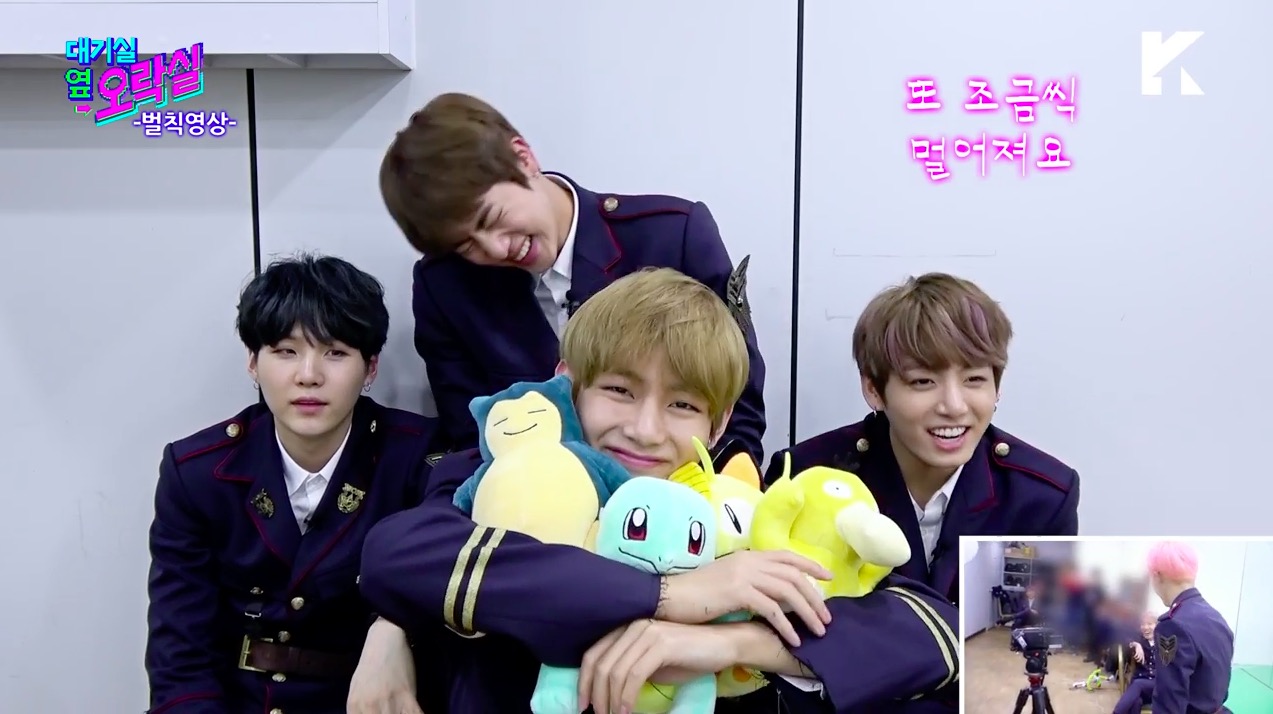 After BTS played a crane machine game in the most recent episode of “Idol Arcade,” the losing team had to perform a “cute” version of their recent hit “Spring Day” as a penalty!

The penalty video was released on March 6, and features Suga, Jin, Jungkook, and V putting a cute spin on the track. The video is adorable even in the first few seconds as Jungkook cutely laughed in excitement before they started.

The vocal line members swayed back and forth and clapped along with the music as they sang and rapped, while Suga coolly sat to the side and pulled hilarious aegyo faces. The guys kept falling into their normal performance of the song before remembering it was supposed to be a “cute” version and returning to singing like little children. 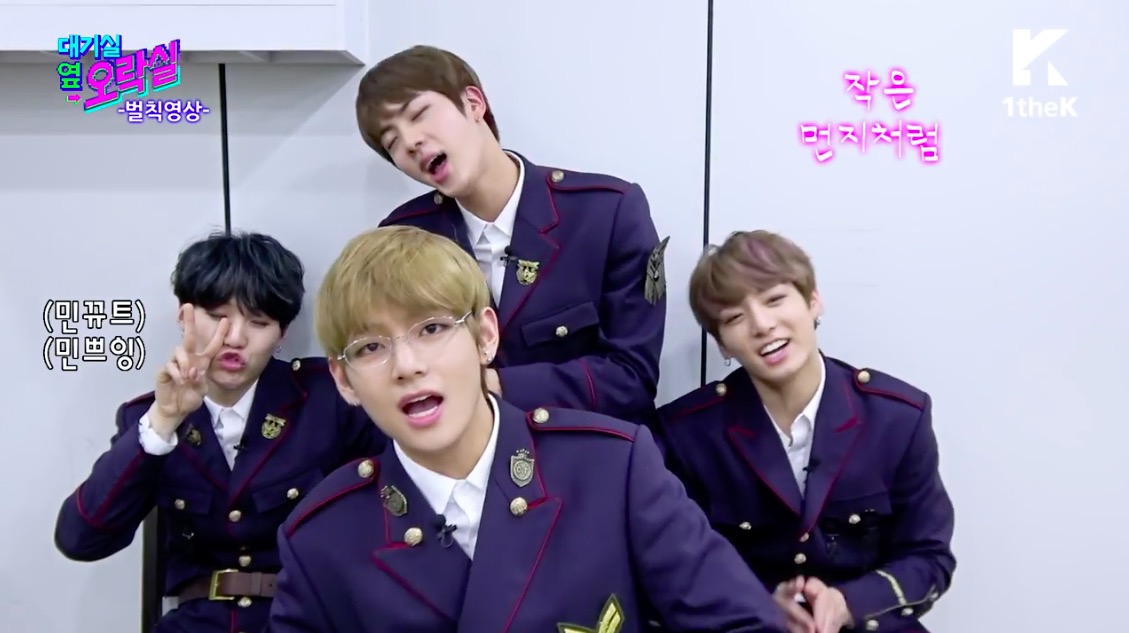 After a cut in the video, V was suddenly holding an armful of stuffed Pokémon, and he continued to happily add more to the pile (and fling away any dolls that were not Pokémon) as Jimin threw them at him from the crane machine. When he got an Eevee, he put it in the middle of his pile and said, “You, get in the center!” 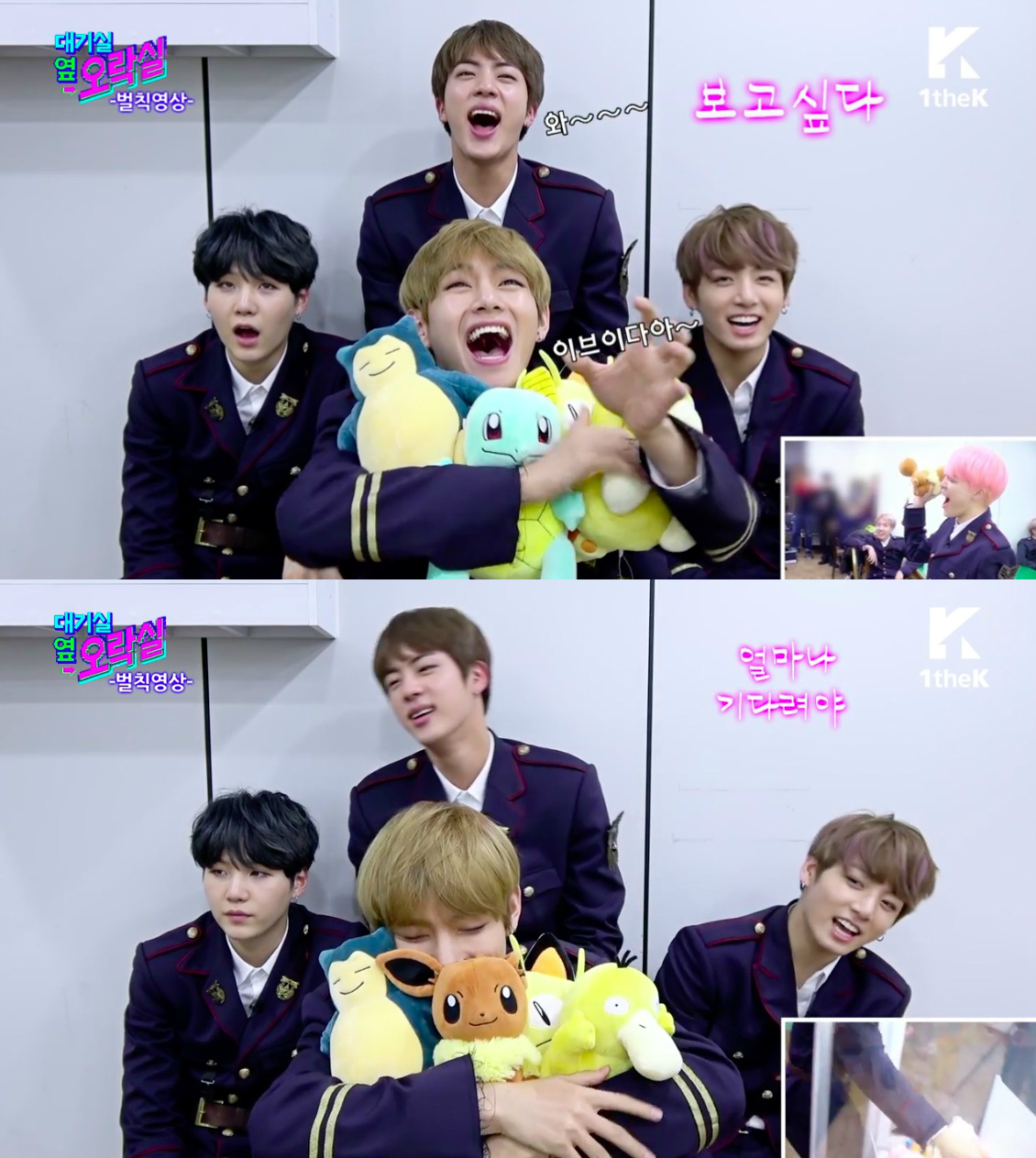 The team kept on singing, with Suga occasionally making comments in a cute voice, before J-Hope joked from the side, “You guys had no idea our song was so long, right?” Suga agreed and said, “I didn’t realize when we performed it.”

As they wrapped up, Jungkook laughed and commented, “Suga really carried that!”

Watch the guys do their fun “cute version” of “Spring Day” below!