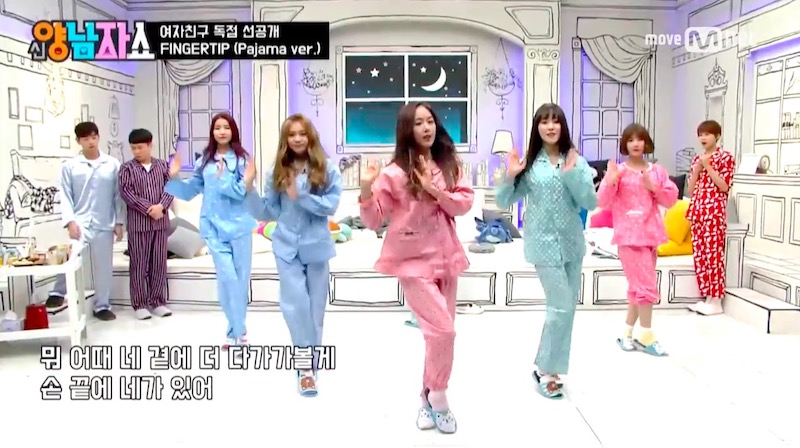 Mnet’s “New Yang Nam Show” has gifted fans with the longest look yet at GFRIEND’s choreography for their new track!

On March 6, the variety show uploaded a pre-broadcast video for GFRIEND’s episode that features the members dancing in colorful pajamas and slippers to their new song “Fingertip.”

Although they don’t dance to the entire track, it’s a fun performance that gives an insight into what we can look forward to from their upcoming music show performances!

GFRIEND’s episode of “New Yang Nam Show” will air on Mnet on March 9 at 7:40 p.m. KST. Their first official comeback performance will be broadcast right before the show, on Mnet’s “M!Countdown” that evening.