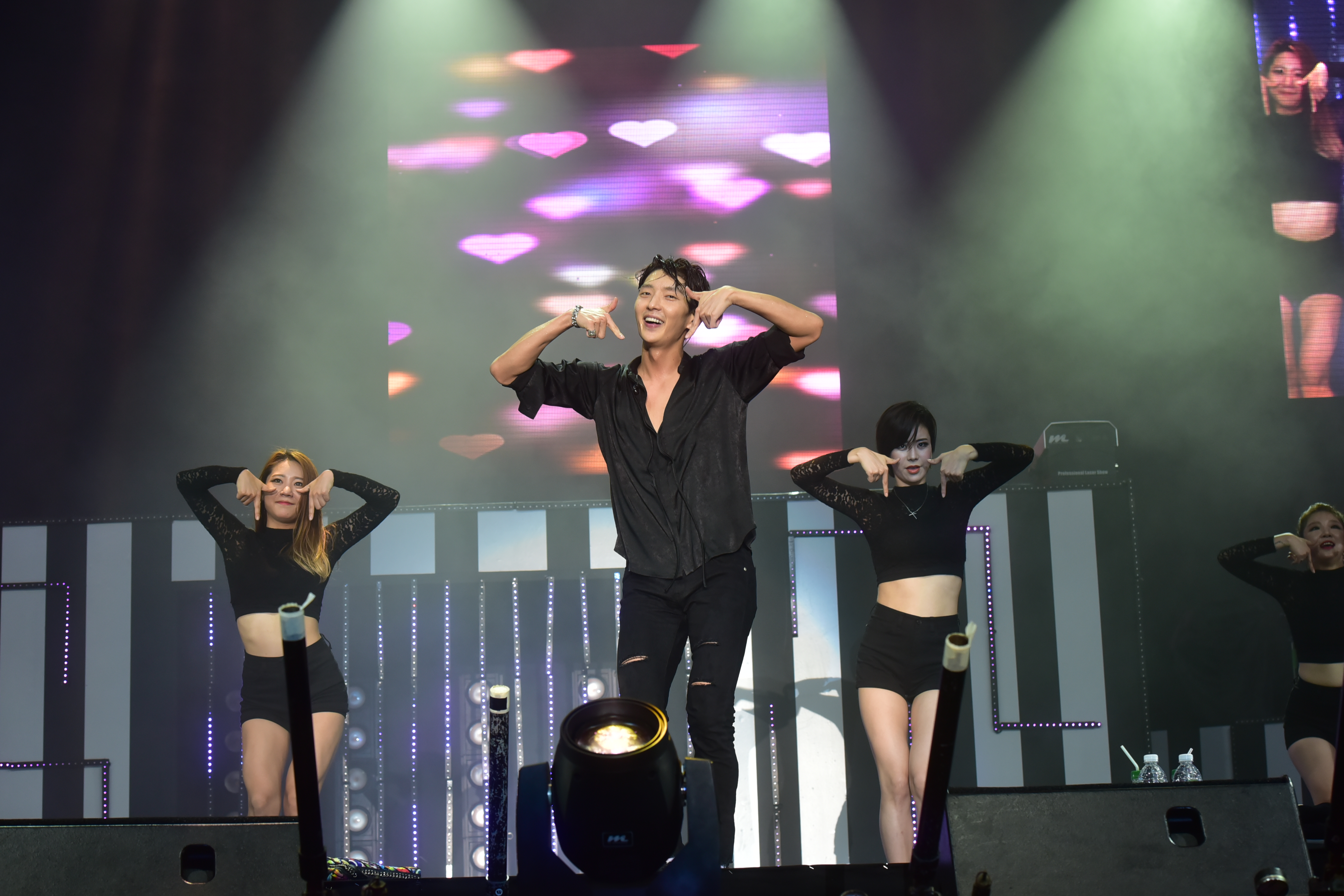 Fans began queueing up at the venue as early as 5am despite the heavy downpour the whole morning. Thankfully, the rain ceased and the weather continued to hold until the event was over. That night, Lee Joon Gi displayed his playful side, teasing fans with flirtatious pouts and expressions. For more than two hours, he belted out one song after another and moving to the beats effortlessly. 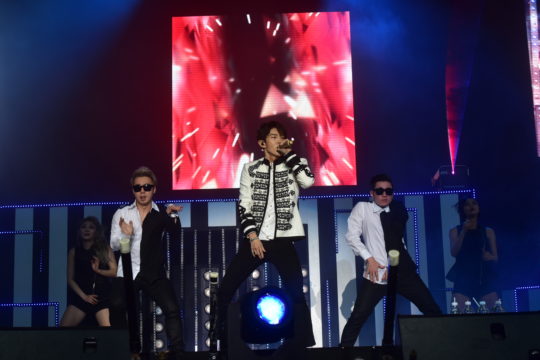 The audience seeing Lee Joon Gi live for the first time was in for a huge surprise. Lee Joon Gi himself quipped that “Some of you who are seeing me for the first time might think that I’m a singer, but no, I’m an actor who’s here for a fan meeting.” His dance moves were so slick that it would be easy to mistake him for a K-pop idol. 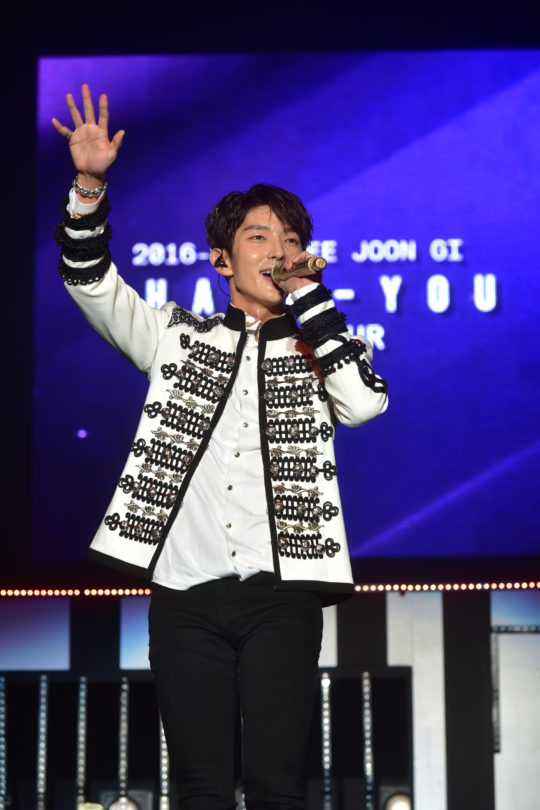 When the actor sighed that the weather was so hot and went on to unbutton his shirt, the fans went wild and asked for more, only to be teased by Lee Joon Ki, “What’s wrong with you, Singapore?”

Several times, Lee Joon Gi paused to ask if his fans were enjoying the show as much as he was and reminded them to put down their phones to dance and jump along with him instead of focusing on taking photos and videos.

Lee Joon Gi also focused on putting smiles on his fans’ faces. “Who am I?” Lee Joon Gi asked. Under normal circumstances, fans would shout his name, right? But the answer expected of the audience was actually “You are ours!”, before he introduced the next song, a cover of Jason Mraz’s “I’m Yours.” Isn’t that really sweet? 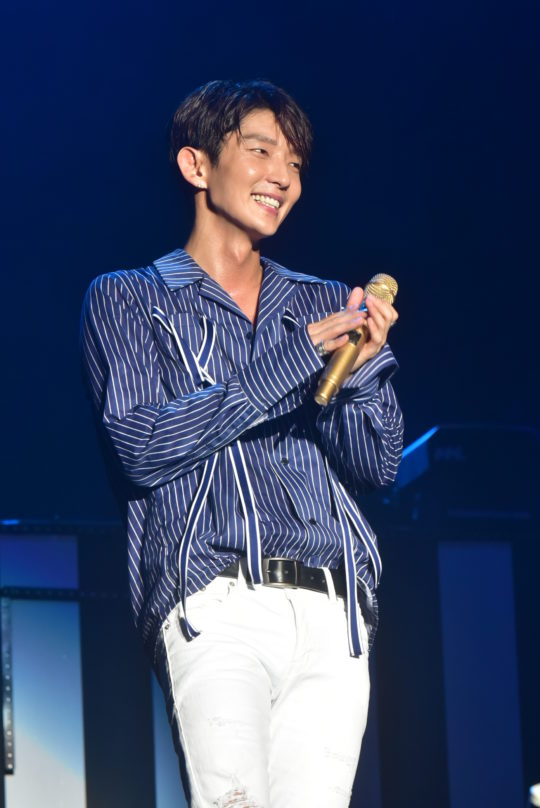 What made the night even more memorable was him going out of tune singing Mayday’s “Contentment” (Zhi Zu) at the end of the song. Lee Joon Gi couldn’t contain his laughter, exclaiming “This is the first time that I have gone out of tune for this song!” while the fans chanted “It’s okay!” in Korean. He confessed that it is hard for him to stop laughing once he starts but he managed to compose himself to bring a local song “Our Singapore” for the Singaporean fans. Lee Joon Gi always picks a local song to perform and the 2015 National Day Parade theme song was chosen as it had left a deep impression on him.

My personal favorite performance of that night has to be Lee Joon Gi’s rendition of the “Scarlet Heart: Goryeo” theme song, “For You.” Scenes from the drama came flooding back to me instantly when all the fans hummed along with Prince Wang So. 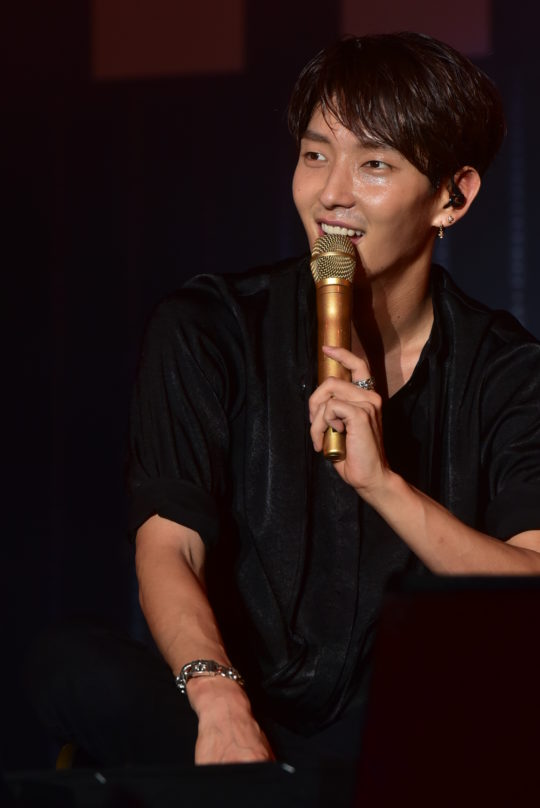 Before Lee Joon Gi left Singapore for his flight back to Seoul, he posted an Instagram with crying emojis, hoping to see his Angels again soon.

We like to thank UnUsUaL Entertainment for inviting us to cover the energetic and fun fan meeting!