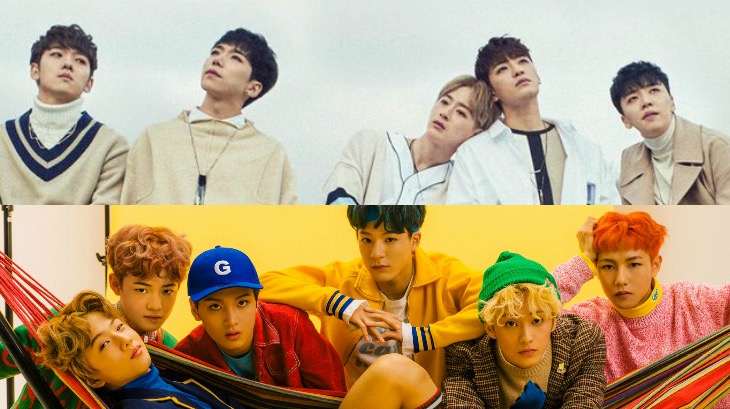 100% Explains Why NCT Dream Has Caught Their Attention

The members of boy group 100%, who are currently promoting their new mini album “Sketchbook,” were recently asked which rookie group they’ve been keeping their eye on.

The guys chose NCT unit NCT Dream, who made their debut in August of 2016. 100% member Chanyong explained, “They’re really refreshing and do a great job. Although they’re young, they grab my attention, and they’re so cute even to other guys.”

Minwoo added, “They were coming down from the stage, and even though it was my first time meeting them, they were so cute that I wanted to pat them and tell them they did a good job.”

Rokhyun, who was born in 1991, said, “The eldest member of their group is the same age as my younger sister. She was also born in 1999, so when I heard that they have members that are even younger than that, I was really surprised.” He then joked, “We must seem like middle-aged men.”

100% was also asked if there is anything they feel sad about or regret as a group. Chanyong replied, “It’s too bad that our average age is a bit high.” He added, “The artists who are coming out now are very young, so I was envious of that. They don’t seem like junior artists, they seem like our peers, but we’re very much senior artists and older to them.”

100% made their debut in September of 2012, and most recently released their mini album “Sketchbook” and the music video for their title track “Sketch U.”

100%
NCT Dream
How does this article make you feel?