On March 6, GFRIEND held a live broadcast through Naver V Live to promote their latest comeback, “The Awakening.” 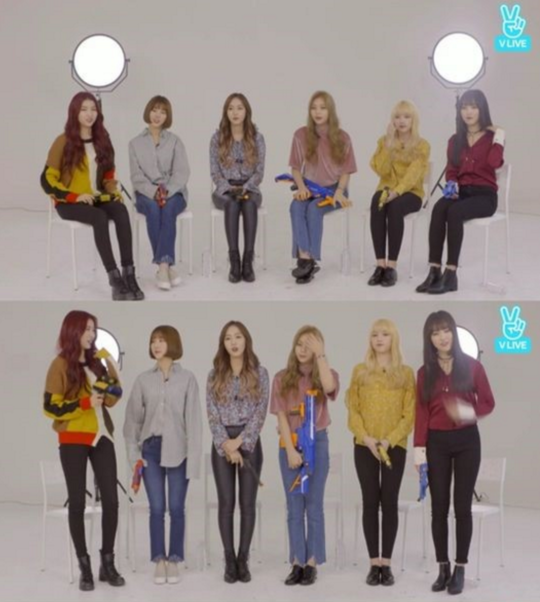 During the show, Yuju shared a funny story from the music video shoot for “Fingertip.” “It was our first MV filming with a big set. There was a forest set and they put real dirt on the ground. But when Eunha got on the bed, it cracked and broke.”

Eunha said, “My feet were cold so I jumped on the bed and it broke. The wooden boards were really thin. I felt bad.” But the other members joked that the boards were made of steel, not wood.

Eunha also shared, “There were a lot of scenes where I was lying down. After lying down for so long, I actually fell asleep. I woke up when I heard someone call ‘cue.'”

The girls also talked about the increased number of action scenes in their music video. Umji said, “We did the group dance in the mirror room and the scene came out really well, but going in there the first time was scary and weird.”

Yerin said, “Eunha had a scene where she fell from the roof, but once she slipped and missed her footing. She only needed to fall once, but after she slipped she got scared and cried a little.”

GFRIEND made their comeback with mini-album “The Awakening” and title track “Fingertip” on March 6.