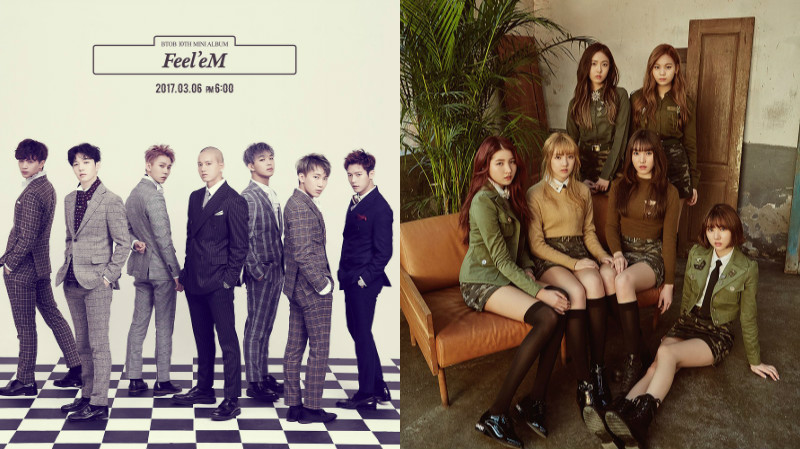 BTOB and GFRIEND both dropped new music on March 6, and each of them topped three real-time music charts as of March 7 at 6 a.m. KST.

BTOB’s album “Feel’eM” was released at 6 p.m. KST, and their title song “Movie” took its place at the top of music charts Melon, Genie, and Naver Music.

On the other hand, GFRIEND’s new song “Fingertip” was released at 12 p.m. KST and reached No. 1 on music charts Bugs, Olleh Music, and Soribada.

Meanwhile, TWICE’s “Knock Knock” was in first place on Monkey3, and JYJ member Kim Junsu’s 2012 track “Around and Around” (literal translation) climbed all the way up to No. 1 on Mnet.

GFRIEND
BTOB
How does this article make you feel?