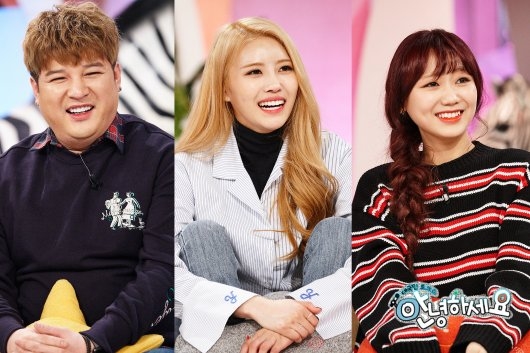 Super Junior’s Shindong revealed how Lovelyz helped him out during his time at the military.

During the broadcast of “Hello Counselor” on March 6, Super Junior’s Shindong and Lovelyz’ Mijoo and Sujeong appeared as guests.

When the hosts asked Shindong, who recently completed his military service, how big of a support girl groups are to those serving in the military, Shindong smiled and said, “I am so thankful towards Lovelyz. I’m not just saying this because they’re guesting here today; I wanted to tell them this when I got the chance.” 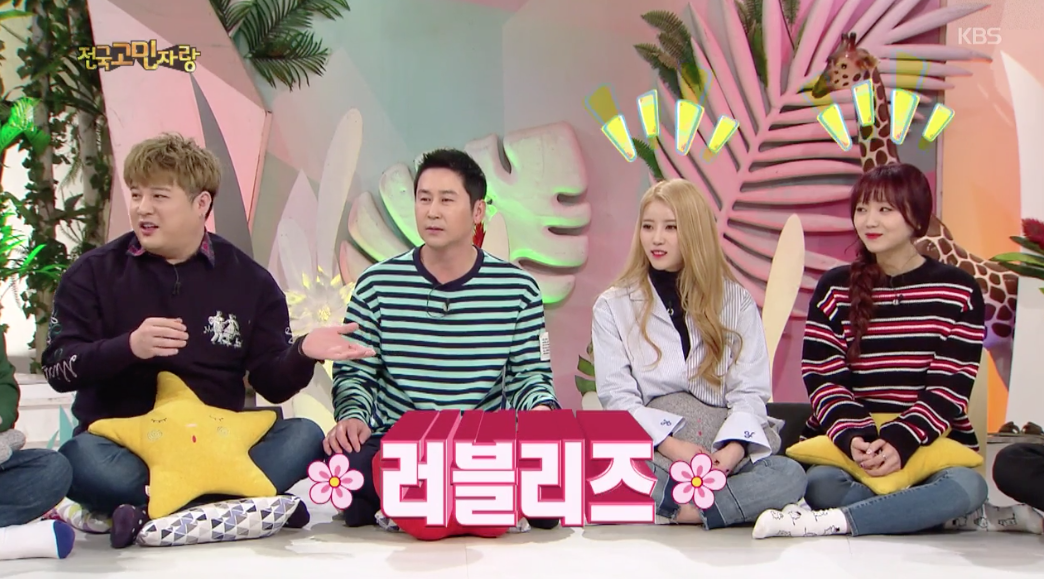 The singer explained and thanked Lovelyz, saying, “Since I am a celebrity, my superiors would ask me if I knew any girl groups and to invite them if I could. So I contacted Lovelyz’s manager and asked him if they could come to the military base and perform, and they did.” 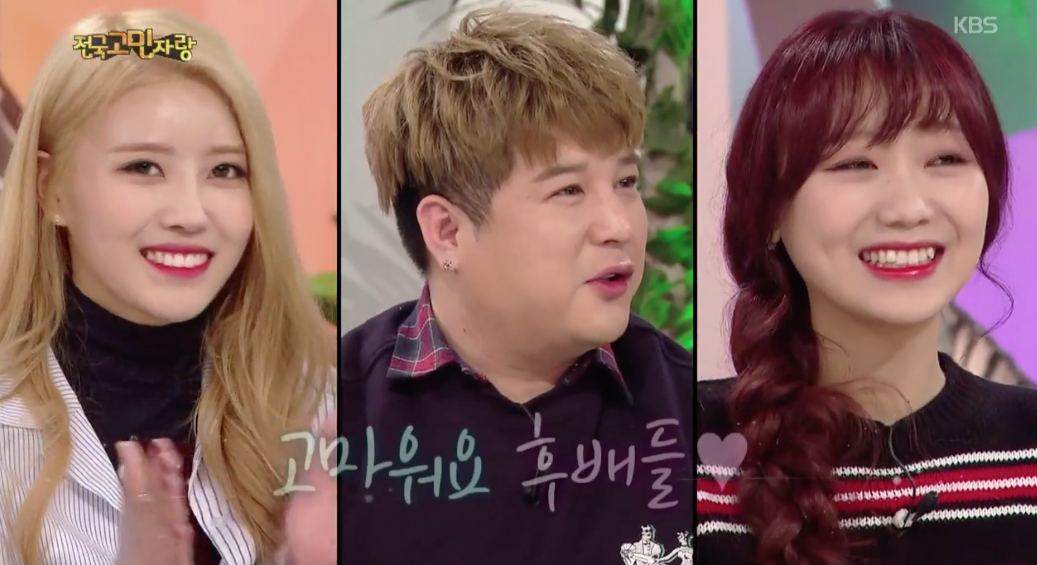 Lovelyz’ Mijoo then talked about her first experience of performing at a military base, explaining, “We were so nervous at first since the cheers were so loud, but we eventually got used to it and started being more cute and exaggerating our dance moves even more.”

Later, Lovelyz performed a short part of their latest song “WoW!” like how they would at a military event.