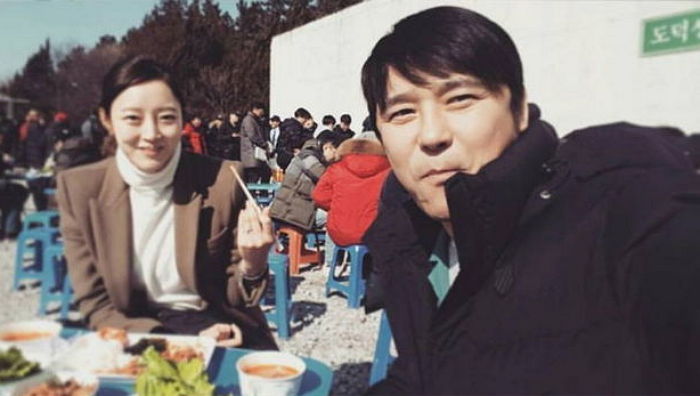 Singer and actor Im Chang Jung has been criticized by the public for suggestively mistreating his wife, to whom he just got married to this year, and who will be giving birth to their child in May.

On March 6, Im Chang Jung posted a photo on Instagram of him and his wife driving. Along with the photo, he wrote, “Wife, chauffeur, pick up, pregnant. Will stop drinking tomorrow.”

After this photo was posted, netizens criticized the singer of being inconsiderate of his pregnant wife, “making her drive and posting a photo to show it off.”

Later, the artist responded to the criticism and apologized in an official statement that said, “I was coming back from a dinner I had with a close friend of mine near my house and my wife insisted that she’d drive for her own safety. I posted the photo with a bit of humor to update people on my daily happiness, but it created a misunderstanding and I am sorry for it. Also, thank you to those worrying about my wife’s safety. I will learn to respect my wife even more through this experience and I will never make her drive. I will spread more happiness to everyone when my child is born two months later.”

Im Chang Jung also clarified that he had never deleted his Instagram account, as many news outlets were reporting, but had deleted the photo in question.

Moreover, Im Chang Jung also wrote an apology on his Instagram, and further elaborated, “I took this lightly and posted this photo as an update on my happy life, but it was my fault to have let my wife drive instead of me. Actually, I made a decision with my wife as I was taking this photo. I said, ‘I will stop drinking for you and my kids!!’ I uploaded this on Instagram to make my decision firm… I am so sorry to have made so many of you worry because of this. I should’ve wrote more descriptive tags, too. This issue became so big. I will take caution when uploading photos from now on!”