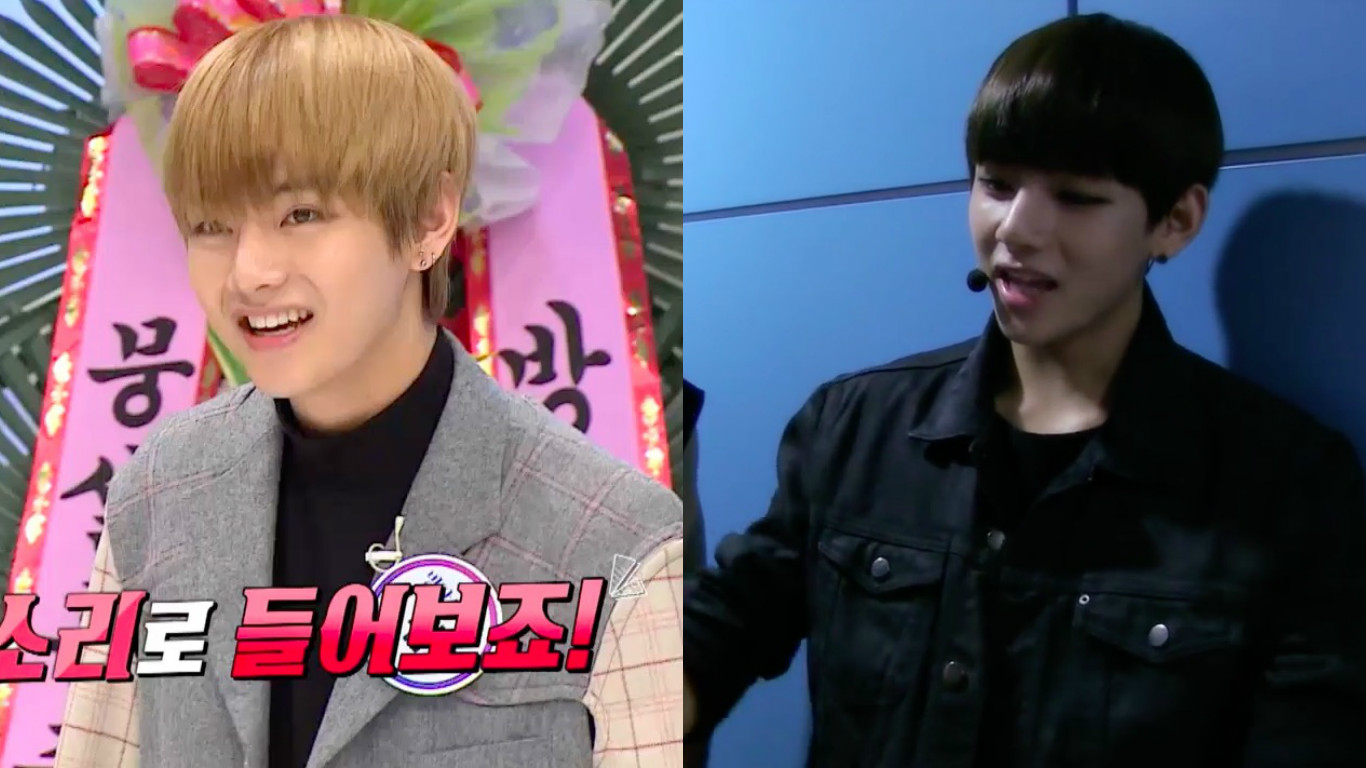 Watch: BTS’s V Is So Embarrassed By Old Clip He Has To Escape From “Idol Party” Set

BTS member V reacted adorably when “Idol Party” shared a funny clip from his past!

On March 7’s episode of the TV Chosun variety show, BTS played a quiz game in which they were shown a clip from 2014 of J-Hope, Jimin, and V goofing around backstage at a music show. “Idol Party” didn’t let the members hear V’s rap at end of the clip, and asked the members to try to guess what he had said. 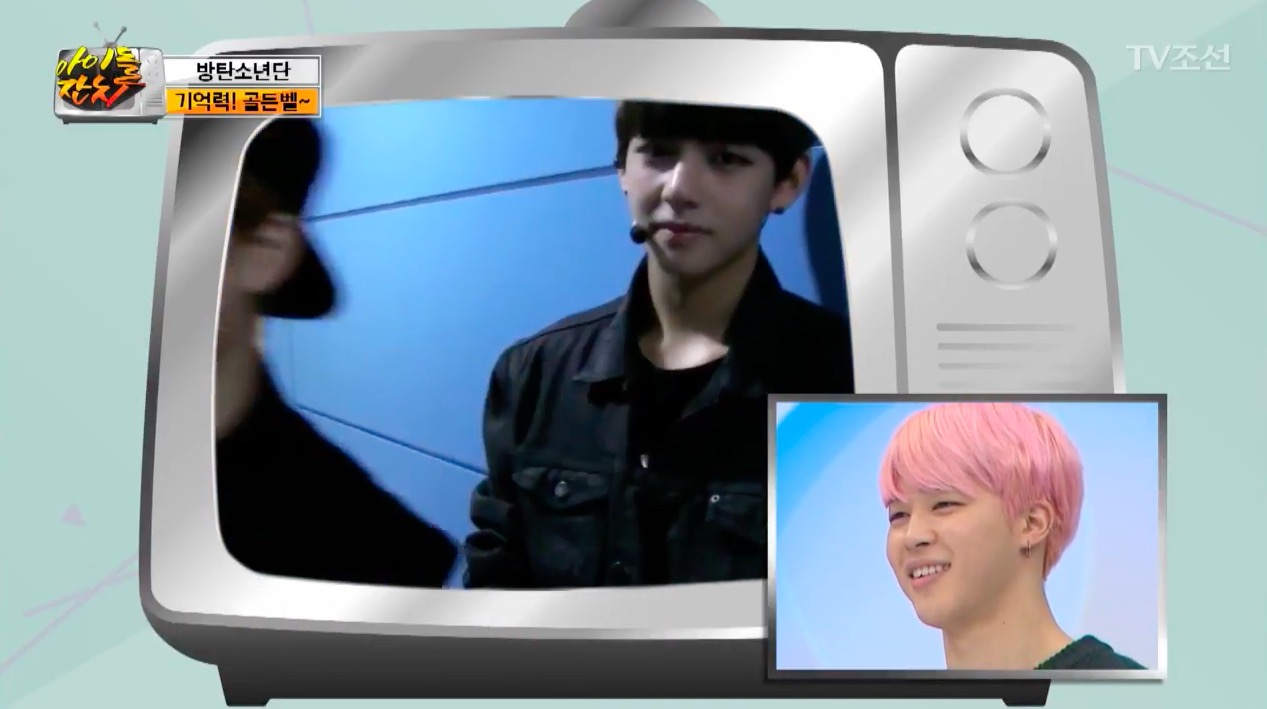 The guys didn’t have a clue at first and even V was stumped, but host Kim Shin Young then gave them a hint of a quick Michael Jackson dance move followed by a “Power Rangers” pose.

V made it to the host’s table first to grab a chance at guessing, but Jin pointed out that V had slipped off the towel that he was supposed to shuffle up to the table on, so he was disqualified. Jin then took a turn by guessing, “‘Danger,’ we’re here, Power Ranger!”

The hosts told him he wasn’t correct, and Rap Monster shuffled up to take a turn. “This time it’s ‘Danger,’ we’re here, Power Ranger!” he rapped, and was pronounced the winner of the round. 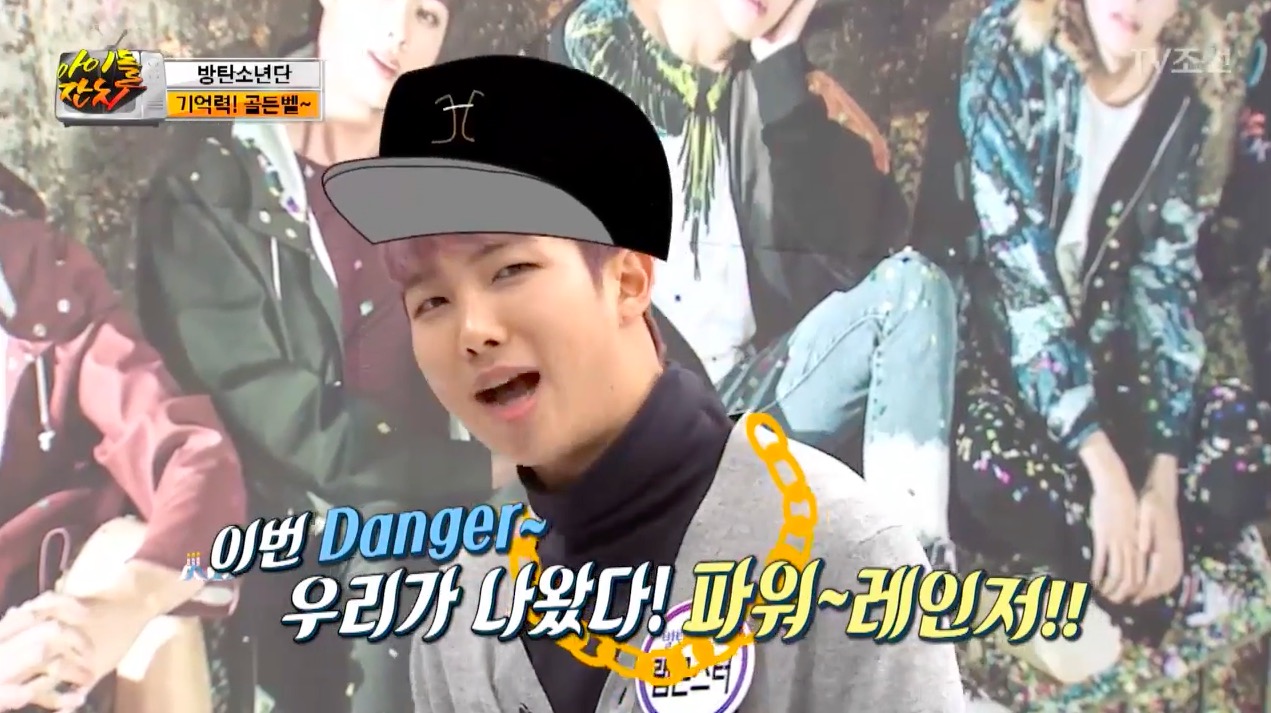 “Idol Party” then played the original clip for the members and viewers. As soon as the younger V on screen rapped the quote, V in the studio grabbed his towel and flung it to the ground. He then made a beeline for the set’s door, escaping out of it as Suga yelled, “So embarrassing!” 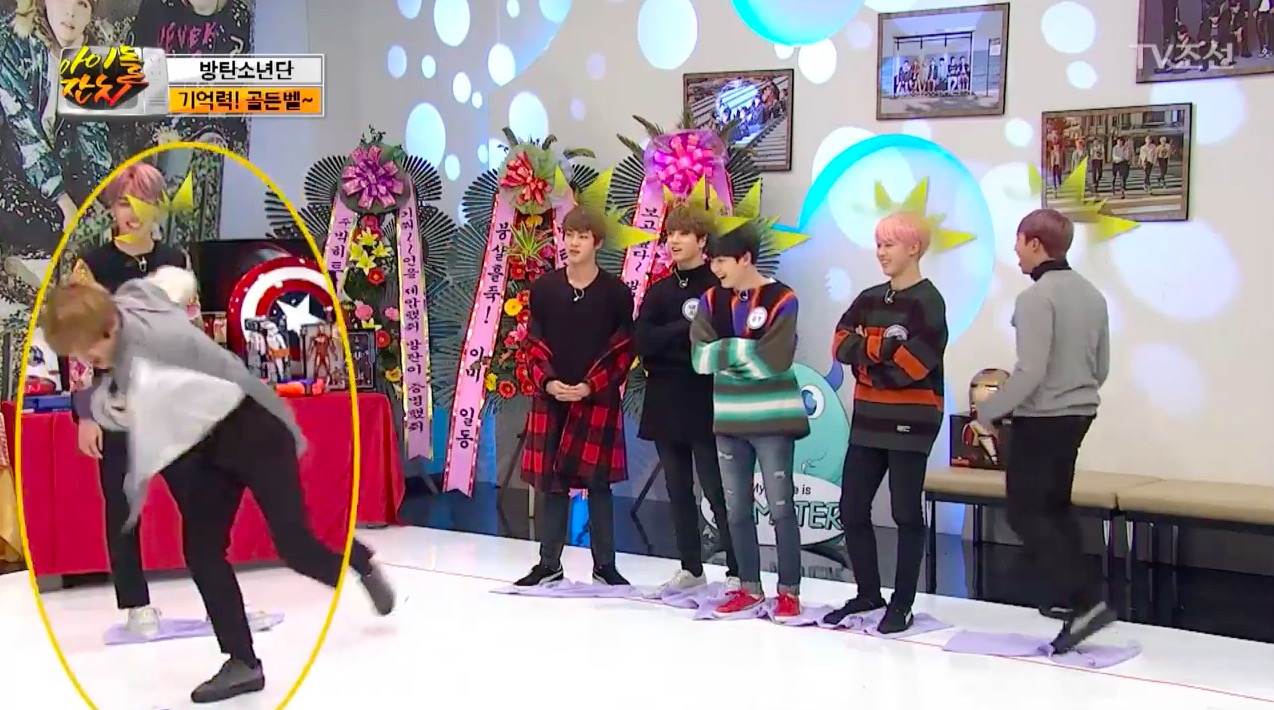 Once the hosts brought a very embarrassed V back into the studio, they had him rap the line again, cracking everyone up.

“Back then, V was really into rhymes for a while!” explained Jimin. 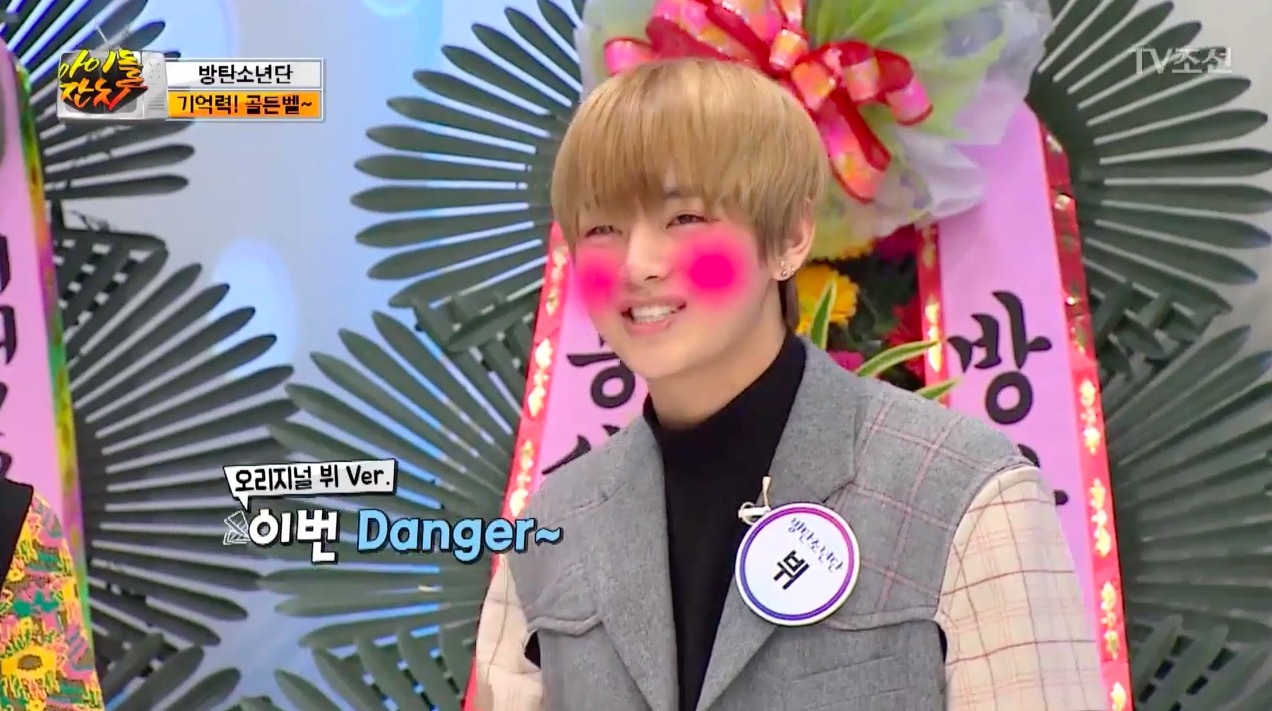 Watch the funny clip below.

BTS
V
Idol Party
How does this article make you feel?