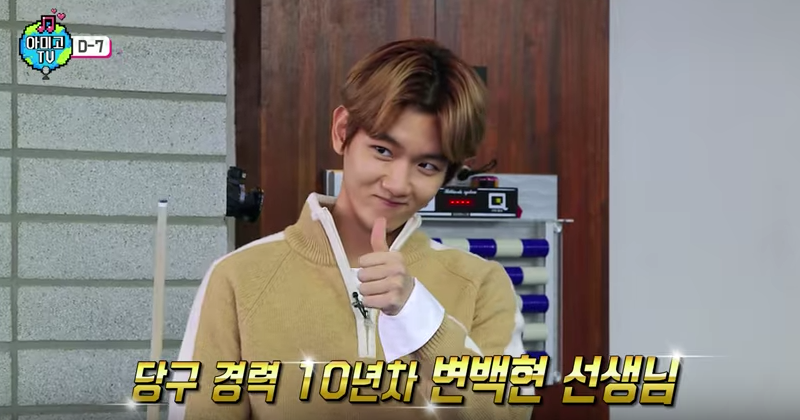 After accidentally releasing (and immediately deleting) a part of the episode, Amigo TV has finally revealed the first preview of EXO-CBX’s appearance on the show!

The trio hinted that they would be appearing on the show back at the end of 2016, and months later, the episode is set for release.

In the first preview centered around member Baekhyun, the hyperactive singer is full of laughter and jokes as he continuously makes funny faces, teases his fellow teammates, and tries to distract them while they play a game of billiards.

While all of EXO has mentioned on numerous occasions that they love to go play together, Chen and Xiumin joke about how Baekhyun is EXO-CBX’s “teacher.” “I have cultivated my skills since middle school,” Baekhyun boasts, and amusingly analyzes the game as if he really was a teacher.

Watch the preview below, and stay tuned for more teasers as well as the full episode when it is released on March 14!

EXO
Baekhyun
EXO-CBX
Amigo TV
How does this article make you feel?