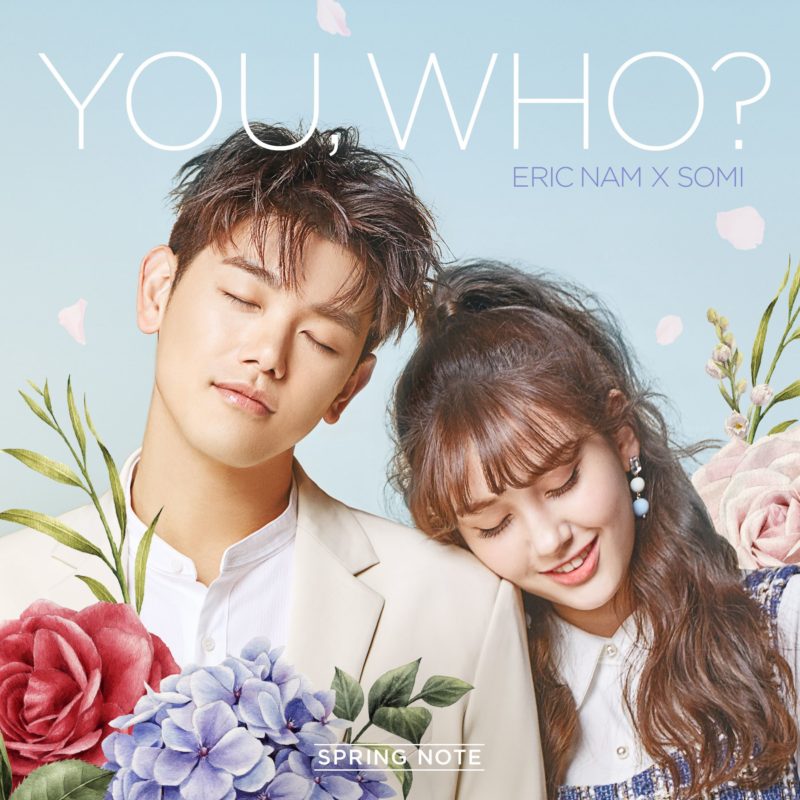 A new teaser was released on March 9, and this time it features Eric Nam and Jeon Somi as a cute couple. The beautiful flowers in the image signal that spring is just around the corner.

Shortly after the release of their teaser video, a new teaser image of Eric Nam and Jeon Somi was uploaded on Eric Nam’s official social media. 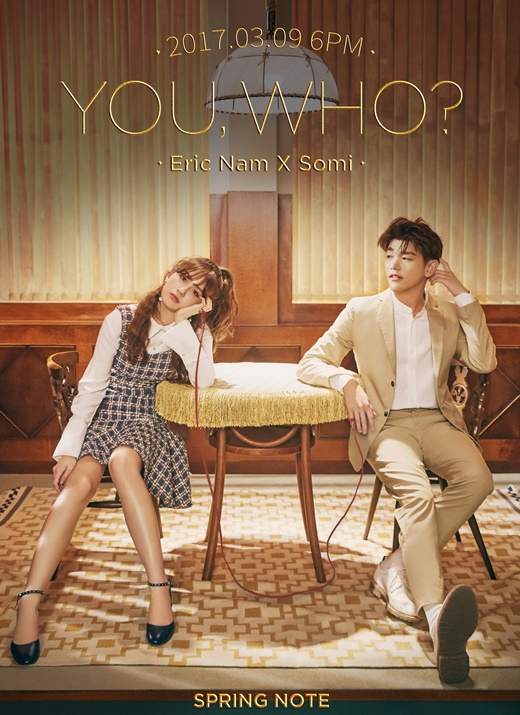 Are you looking forward to the song?

After it was announced that Eric Nam’s collaboration partner would be Jeon Somi, the two artists released a teaser video for their upcoming track “You, Who?”

In the video, Eric Nam peeks at Jeon Somi like a boy in love while Jeon Somi looks in another direction. But soon after, they are sitting on armchairs adjacent to each other, creating perfect symmetry. They look lovely together as they share eye contact and sing in harmony.