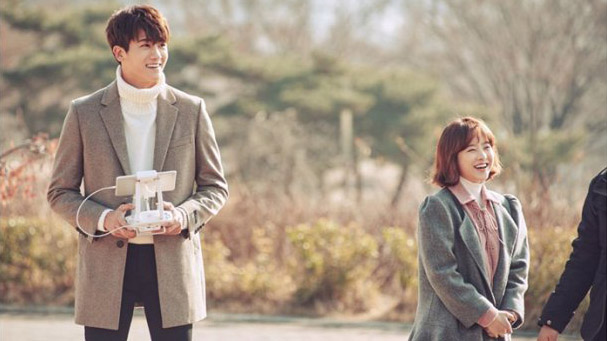 In the drama, the actors’ characters bicker and tease one another, which only brings them closer and closer to each other. Their on-screen chemistry carries on off-screen as well, as revealed in the new photos from JTBC.

Even between takes, the two actors are always laughing and smiling at each other. The atmosphere that the two create together can only bring smiles to those watching them.

One source from the production crew stated, “Park Bo Young and Park Hyung Sik are constantly talking about how they can be more unified and in sync with their acting, which is why their synergy is so incredible. Both of them are very warm and sincere and create a bright atmosphere on set. Since this is just the beginning, we humbly ask for your continued love and support of the couple.”