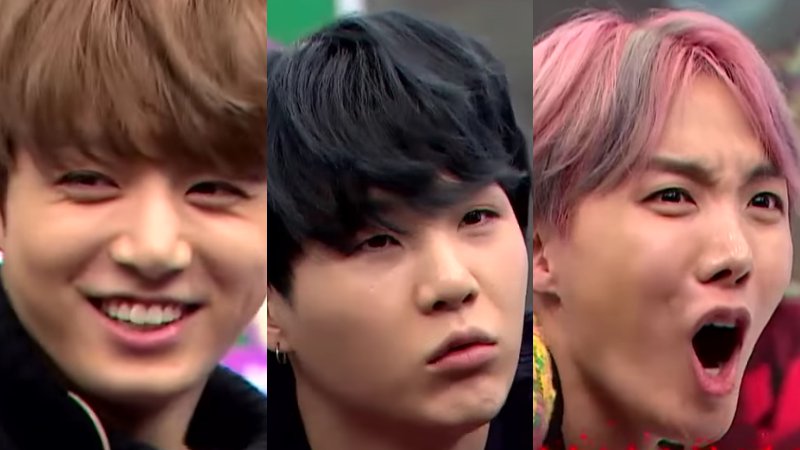 On the March 7 episode of TV Chosun’s “Idol Party,” BTS members faced a mystery box challenge. The challenge involved various members placing their hands in concealed boxes with live animals inside them.

Brave Jungkook volunteered to go first and placed his hand inside the first box. The MCs appeared to be more scared than Jungkook himself as he showed absolutely no fear. In fact, they had to tell him to stop touching the animal.

Then Suga also tried the challenge a hand in each box. Instead of fear, he showed genuine curiosity as to what the animals were.

On the other hand, J-Hope provided a hilarious reaction as he was full of fear. He carefully placed his hand in the box to touch the animal. Eventually he gathered enough courage to grab the animal only to let go immediately and fall to the ground.

Watch their hilarious reactions below!

BTS
Jungkook
Suga
J-Hope
Idol Party
How does this article make you feel?