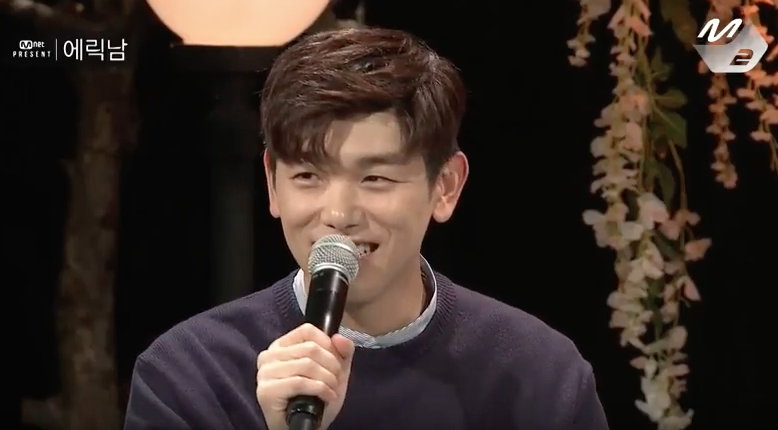 Eric Nam Chooses Which Agency He Thinks He Matches Best With Between JYP, YG, And SM

Singer Eric Nam recently answered the difficult question of which of the top K-pop agencies he feels that he aligns most closely with.

On March 9, Mnet held a live broadcast called “Mnet Present” with Eric Nam and JYP artist Jeon Somi that also included a live performance of their new single “You, Who?”

During the show, the two singers shared behind-the-scenes stories of their recording and other fun recollections. Jeon Somi also asked Eric Nam, “You’ve collaborated with singers from all three agencies, SM Entertainment, YG Entertainment, and JYP Entertainment. Which agency do you think you match the best with?”

Eric Nam had collaborated with Red Velvet’s Wendy last year for an SM STATION track called “Spring Love,” and released a track with Tablo of YG and American singer-songwriter Gallant titled “Cave Me In” in January of this year.

Eric answered, “I’ve also worked with 15& member Park Jimin as well. I have a lot of friends that are JYP artists. They have a lot in common with me. I think what I match the best with is JYP.”

Do you agree with his choice?

Eric Nam
Somi
How does this article make you feel?