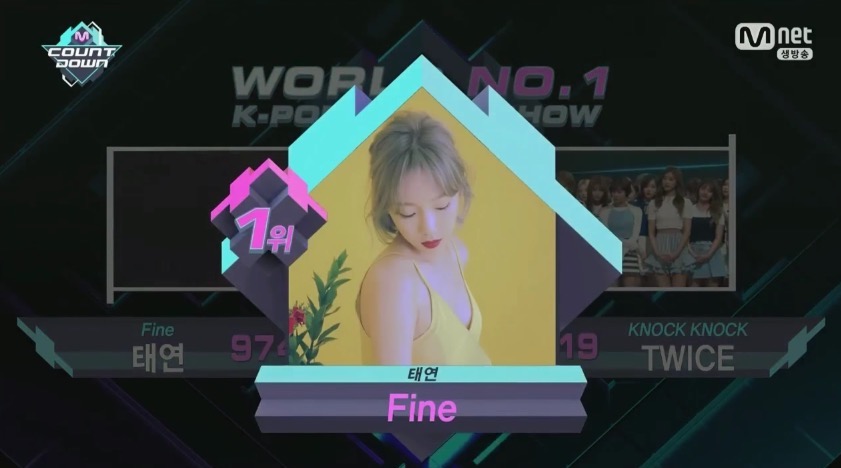 March 9’s episode of “M!Countdown” was full of great performances, including much-anticipated comebacks, the first stage by contestants from “Produce 101 Season 2,” and more!

Taeyeon’s “Fine” and TWICE’s “Knock Knock” were both nominated for first place this week. Taeyeon ended up taking the win with a total score of 9,747, while TWICE was close behind with a score of 9,619.

Taeyeon unfortunately was not present to accept her trophy as she did not perform on this week’s episode. She did however post on her Instagram to thank fans for all their birthday wishes (as March 9 was also her birthday!) and for her win.

This week’s episode featured the first look at the cast of the boy group survival show “Produce 101 Season 2,” which was introduced by the upcoming show’s host BoA herself.

The 101 contestants took to the stage to perform their theme song ahead of the competition’s premiere episode, which is set to air on April 7. Watch their first performance below!

In addition, GFRIEND, DAY6, and B.A.P all performed their first comeback performances of their new tracks on the show!