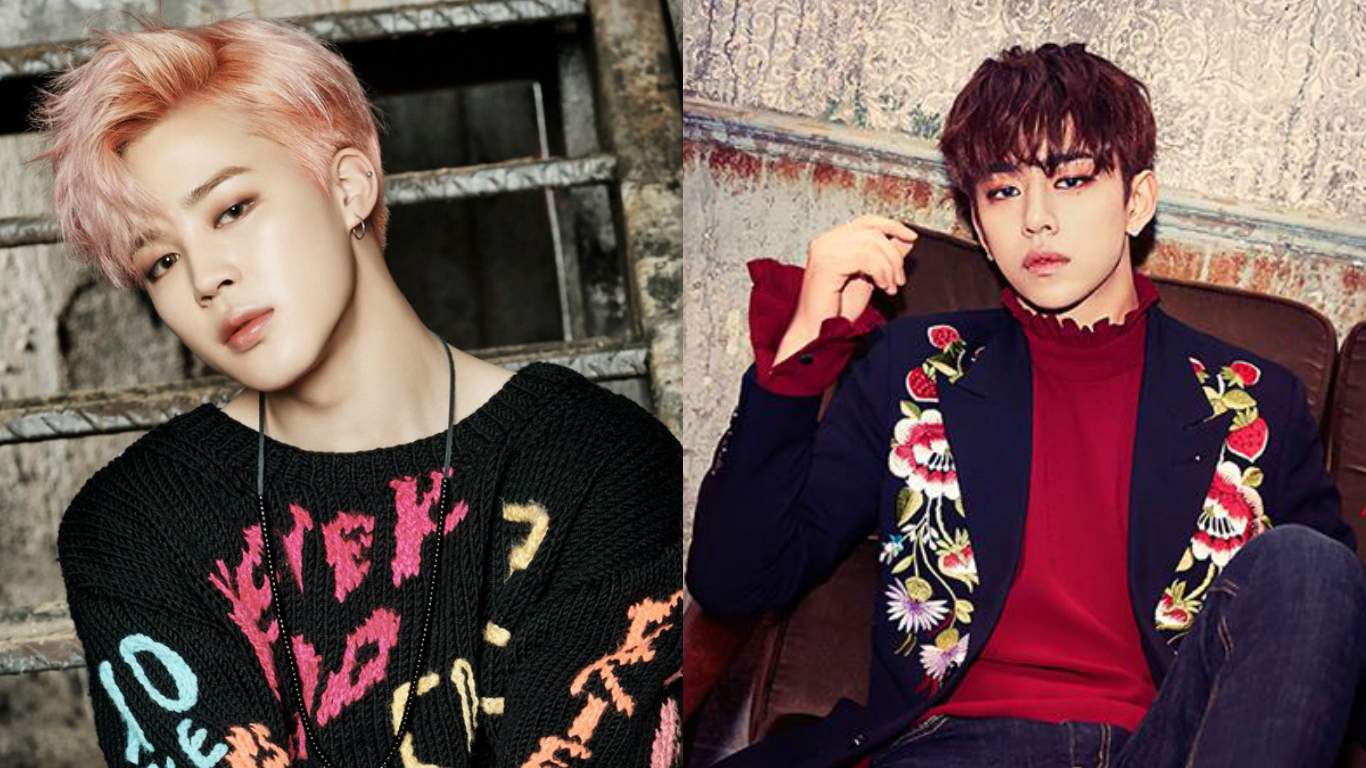 After the 101 contestants of “Produce 101 Season 2” performed their first ever stage together on March 9, BTS’s Jimin and B.A.P’s Daehyun took to social media to ask everyone to root for their friends!

“Produce 101” is an Mnet reality show in which young artists vie for spots in a project group that will promote together for a short period of time. The first season of the show was a competition between female trainees that produced the hit group I.O.I, who finished their promotion period in January, and the upcoming second season will feature male contestants this time around.

Ahead of the show’s premiere, the 101 contestants took to the stage on “M!Countdown” on March 9 to perform their theme song for the first time. Although no official lineup of contestants has been announced yet, viewers have spotted plenty of familiar faces on stage, including members of already debuted groups as well as well-known trainees.

At least two popular idols have joined in to let fans know about their friends who are appearing on the show as contestants. On March 9, B.A.P’s Daehyun posted a photo of a friend named Taewoong and wrote, “Please support my oldest friend Taewoong so that he can do well on ‘Produce 101’!! Cheering you on, Taewoong.”

Fans have identified his friend as contestant Choi Taewoong, who is a trainee at MMO Entertainment.

BTS’s Jimin also posted on the group’s official Twitter with a photo of himself and one of the contestants. He wrote, “Please support Sungwoon a lot. He’s kind, and is really great at singing.” He added in the hashtags, “Ha Sungwoon” and “Produce 101 Season 2.”

Contestant Ha Sungwoon was born in 1994 and is a member of the group HOTSHOT, which debuted in 2014 with their single “Take a Shot” and is housed under the agency K.O Sound. Jimin has previously mentioned a friend named Sungwoon in his “thanks to” sections in BTS’s albums, along with their friends Kai of EXO and SHINee’s Taemin!

“Produce 101 Season 2” is set to premiere on April 7 on Mnet. Are you planning to follow the show?

BTS
B.A.P
Daehyun
Jimin
Produce 101 Season 2
How does this article make you feel?