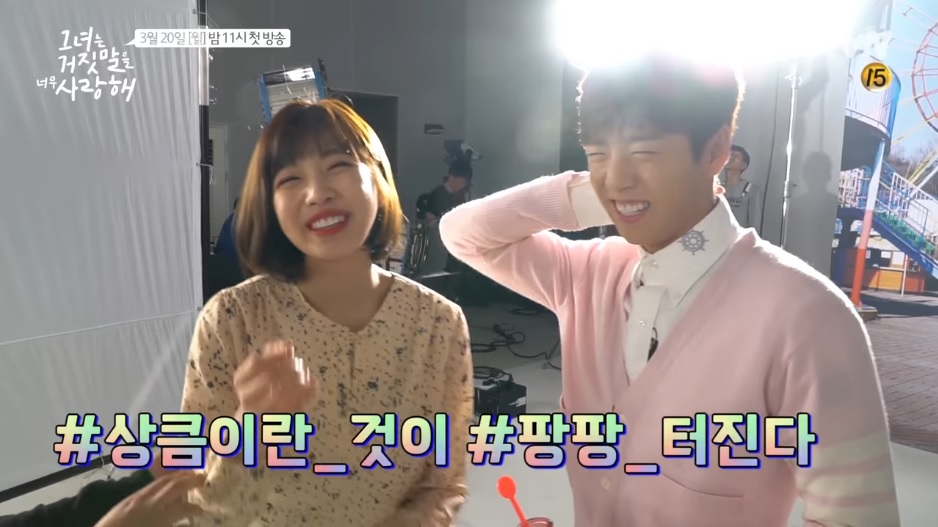 Actor Lee Hyun Woo and Red Velvet’s Joy show off their sunny chemistry in a photo shoot for their upcoming drama “The Liar and His Lover.”

The tvN show revealed clips of the two co-stars from behind-the-scenes of their poster pictorial.

In the video, Lee Hyun Woo and Joy were cheerful and chummy together while playing with bubbles on the set of the photo shoot.

During their break, the two would joke around playfully blow bubbles together. They were just as friendly when they posed for the shoot, where they lovingly smiled and gazed into each other’s eyes. 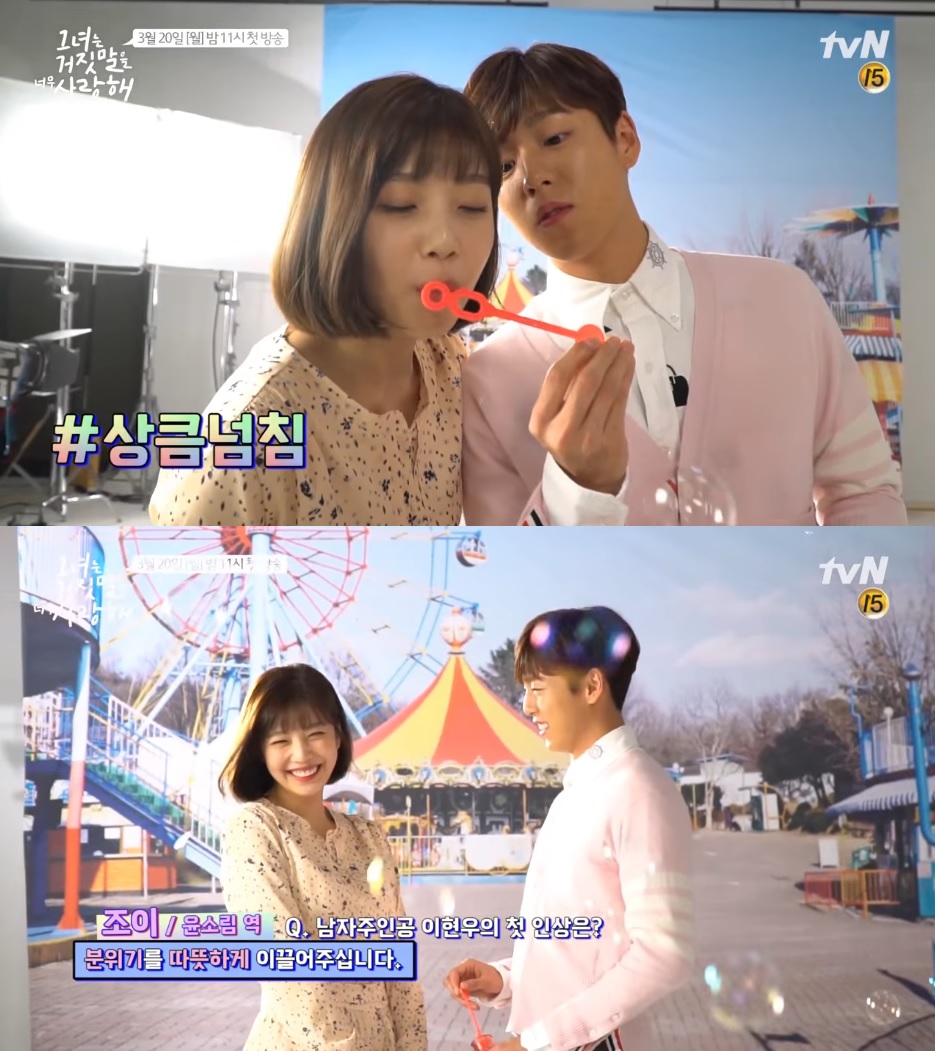 In his interview, Joy described her first impression of Lee Hyun Woo, “He makes good eye contact and warms up the atmosphere.”

Lee Hyun Woo also shared what he first thought of his co-star and said, “She looked kind. She was just like [her character in the drama] So Rim.”

When he spoke about Joy, he teasingly referred to her as “Ms. Joy” and burst into laughter, showing how much closer the two have become.

Catch Joy and Lee Hyun Woo’s refreshing romance on the music drama “The Liar and His Lover” when it first airs on March 20!