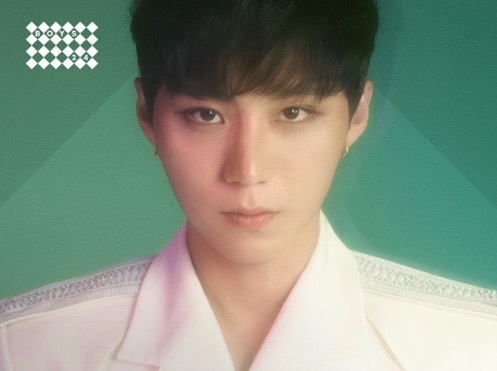 Recent posts on online community sites stated that Jin Sungho previously exhibited school violence as a bully. Individuals claimed that they were the victims of his attacks and sexual harassment. They described Jin Sungho as being famous for having a violent image. Furthermore, the posts claimed that he criticized and teased females about their body parts.

Below is his agency’s official statement:

“Hello, this is CJ E&M/Liveworks Company.

“We would like to give an official statement regarding the controversy about BOYS24 member Jin Sungho’s past.

“We understand that many fans who cared for and liked Sungho were greatly shocked and disappointed by the controversy regarding his past improper behavior as a student which was recently revealed through various portal sites and community message boards.

“After learning about the long pain and suffering endured by the individuals hurt by Jin Sungho’s wrong actions, we had several emergency meetings and spoke face-to-face with Sungho. He conveyed deep regret about his past immature actions.

“He sincerely asked for forgiveness to everyone who was hurt by his past actions, his fellow BOYS24 members who are working hard, and fans who have constantly shown support.

“Also, he expressed his desire to spend time to reflect and look back on himself and correct his attitude. Although fans picked him and he himself earnestly wanted to be a member of the first team, he said he wants to show his sincerity by volunteering to leave the first unit.

“While he will be leaving the first unit, he will work hard as a BOYS24 member at concerts and on stage. We will watch Sungho as he meets fans and grows.

“We apologize with a bowed head for causing fans to worry. The first team will move forward as an eight-member group and release a single album in April.

“Also, we would like to make a request to fans.

“We are taking action against unconfirmed malicious rumors and false statements that cause psychological pain and damage to BOYS24 members and their families.

“In consideration of the fact that malicious slander, rumors, and false truths are being spread recklessly and causing psychological pain and a lot of damage to BOYS24 members, their families, and fans; we will be taking strong legal action against defamation of BOYS24’s honor and character.

“We ask that you support and encourage the members’ passion and hard work as they do their best to achieve their dreams.

“We are thankful for fans’ limitless love and we will do our best in managing BOYS24 so that they can be members who can take responsibility and hold virtues close to their hearts as they grow, since having an upright character is more important than having star quality and talent.

“Once again, we apologize to fans who love BOYS24 and showed great support for the first promoting unit. Thank you.”

Previously, nine members of BOYS24 were selected to be a part of the first promotional unit of the same name.

BOYS24
Jin Sungho
How does this article make you feel?