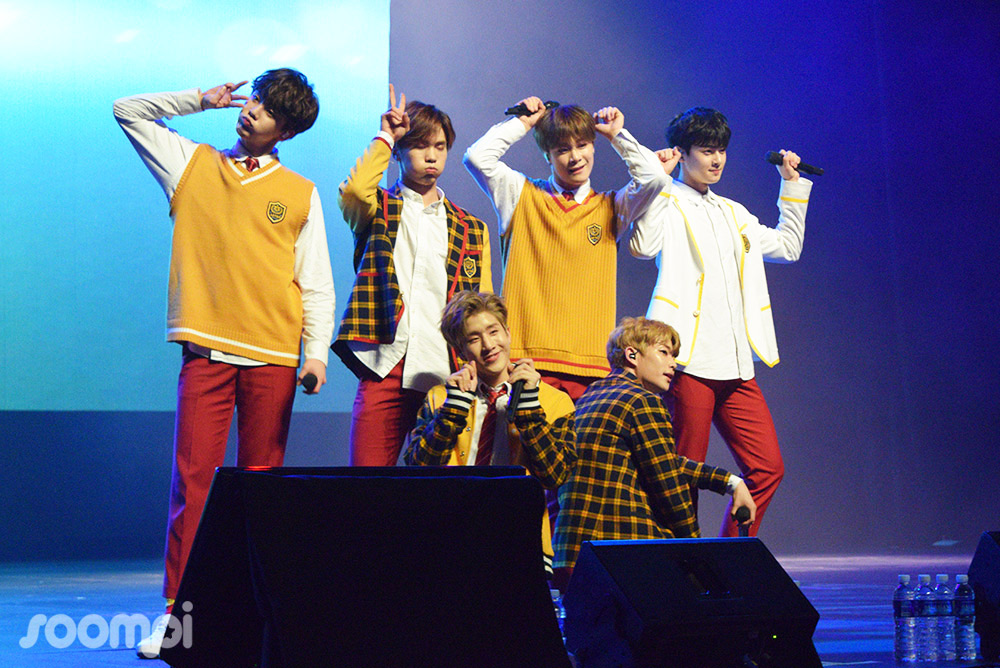 ASTRO Brings Their A-Game To Perform For Fans In Singapore (& MJ’s Birthday!)

ASTRO, who recently celebrated their 1st anniversary, were in Singapore last weekend for the “ASTRO THE 1st SHOWCASE IN SINGAPORE” fan meeting. The group, who had a phenomenal debut year, met up with their Singapore fans at the Resorts World Theatre on March 5th and we were there to cover the event!

The showcase featured several cheerful performances from the group, and saw multiple hilarious occasions of the boys making fun of each other. We summed up our absolute 5 favorite moments that brought huge smiles to all AROHAs that night:

Sanha: The King Of Aegyo

During the Q&A session, Eunwoo decided to chose ‘Aegyo’ as the question category by fans’ demands and demonstrated several adorable, but shy poses for fans. Unsatisfied with Eunwoo’s performance, Jinjin then asked Sanha to show Eunwoo how to do aegyo properly. Sanha, with his reputation on the line as the group’s youngest and cutest face, immediately stood up to demonstrate how to do proper aegyo poses:

Needless to say, the crowd was sent into a frenzy of cheers at the aegyo masterpiece he delivered.

ASTRO also answered questions about their ideal types during the Q&A session. When Eunwoo was deliberating on his answer, enthusiastic fans were keen to help him with that decision, by suggesting fellow band member, Moonbin.

Jinjin sweetly replied that his fans are his ideal type. Aww!

As a special present for the Singapore fans, ASTRO prepared a song by Jay Chou, “Confession Balloon.” The members worked hard to practice and memorize the Mandarin lyrics to perform this sweet ballad for their fans, and we were absolutely charmed! Catch a peek of their performance here:

Fans also prepared something special for the group by gathering messages from fellow AROHAs all over the world to create a tribute video to commemorate ASTRO’s first anniversary. The boys had no idea of that the event had been prepared and were touched by their fans’ efforts.

The day of the showcase was also incidentally MJ’s 23rd birthday! The eldest member was surprised with a birthday cake and celebration, and he had the best reaction ever:

We also met up with the playful boys backstage of the event, and had them answer some of your questions! Please look forward to our exclusive interview with them! 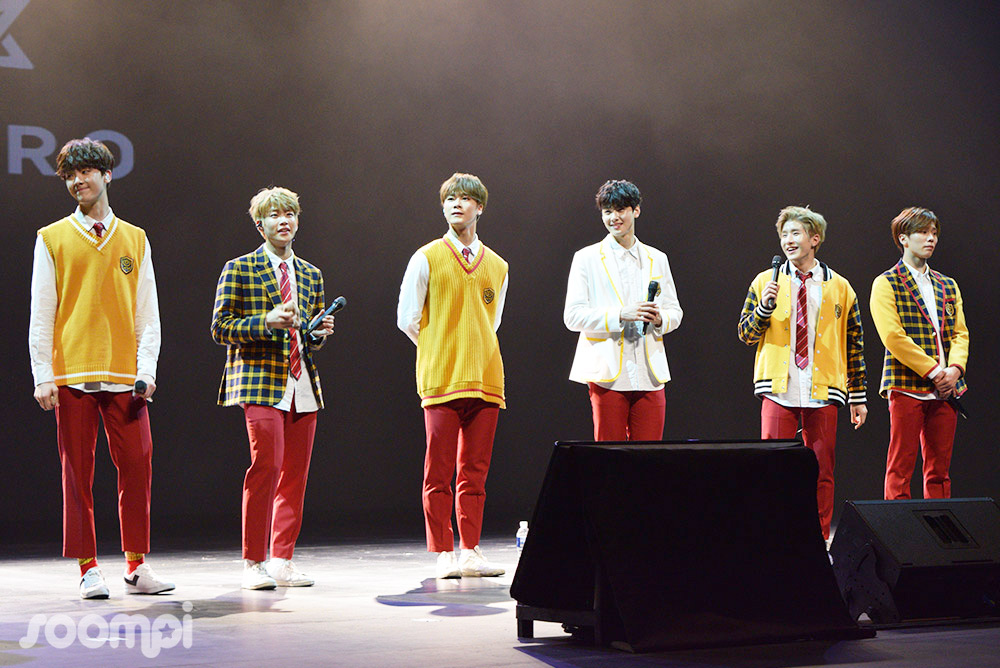 Special thank you to MyMusicTaste for the invitation to cover the wonderful event!

ASTRO
Soompi Spotlight
How does this article make you feel?