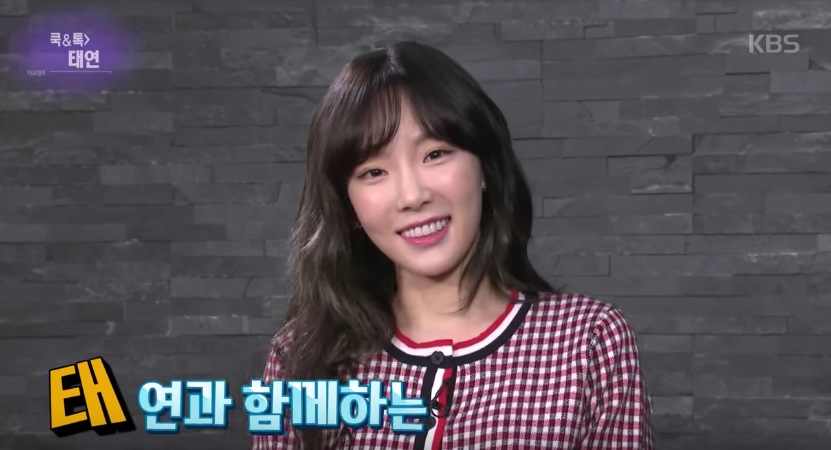 Looks like the Girls’ Generation members were surprised by Taeyeon’s image change as well!

During the March 11 broadcast of “Entertainment Weekly,” Taeyeon participated in a rather unique interview where she was asked to show off a recipe while answering questions.

The MC was discussing the huge success of her most recent album, “My Voice,” when he brought up the topic of her teaser images, specifically for her pre-release track “I Got Love,” which showed a new side to Taeyeon.

“What did your members say [about these photos]?” the MC curiously inquired.

Taeyeon commented that it was probably the first time they had seen her like that as well, and revealed how the members hilariously said, “[The photos] are going to cause chaos.” 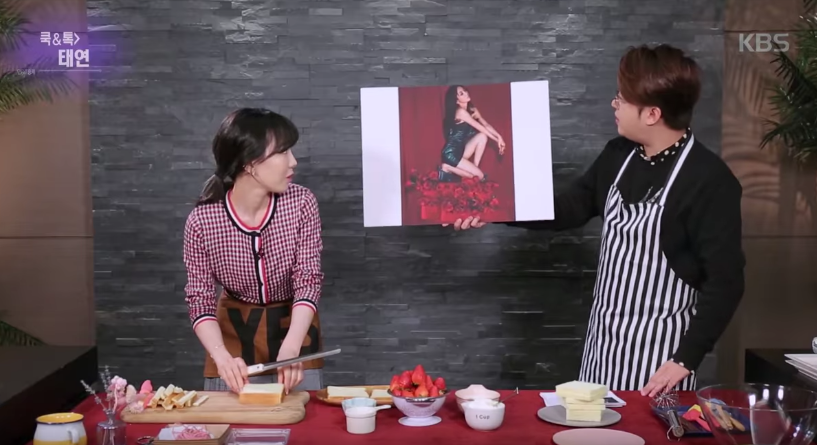 The singer also talked about some of the nicknames she’s accumulated over the years such as “monthly Taeyeon,” referring to how she seems to always be promoting or releasing new music.

Another title she’s earned comes from her interactions with her fans through social media, and Taeyeon revealed why she chooses to use social media so frequently. “It’s difficult for me to go to every [country], so I think it’s right to use social media in such a developed world,” she explained, and amusingly added, “Social media is not a waste of time.”

What was your reaction after seeing Taeyeon’s gorgeous teaser images?

Girls' Generation
Entertainment Weekly
Taeyeon
How does this article make you feel?