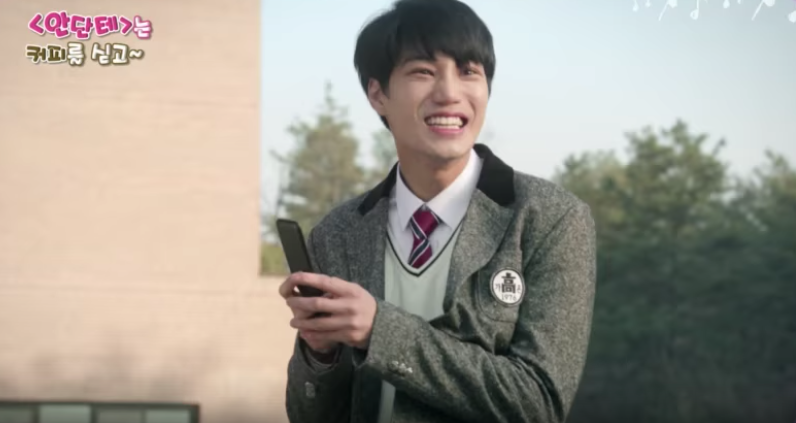 One can’t help but say, “Aw,” when you see such a bright smile like that!

KBS recently released a very short preview of their upcoming drama, “Andante,” and its titular character Si Kyung, who is played by EXO’s Kai.

Time and time again, Kai has been praised by the production crew for his passion and dedication on set, and his energy clearly shines through in the brief teaser.

It also gives a quick introduction at some of the other cast members, like Kim Jin Kyung, Baek Chul Min, and Lee Ye Hyun.

At the very end, Kai (as Si Kyung) seriously addresses Kim Jin Kyung’s character as he boldly says, “Those words, ‘Let’s date.’ I’m saying give me your answer right now.”

Originally, the preview was released as a prelude for a teaser live broadcast that was to be held at 10 a.m. KST on March 11, which was unfortunately cancelled. The broadcast was supposed to give a first look at the cast on set in a video format, but due to a change in the production schedule, had to be forged.

“Andante” is a pre-produced drama that explores the story of Si Kyung, a city boy who ends up moving to the countryside, where he matures and find the true meaning of life and love.