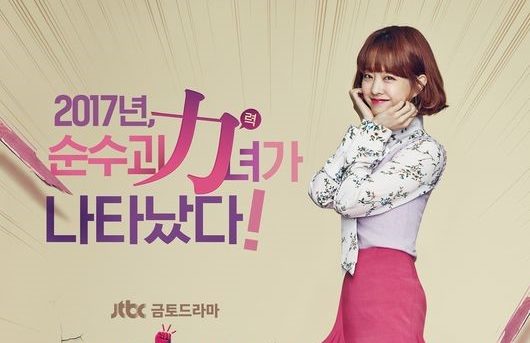 JTBC’s “Strong Woman Do Bong Soon” continues to be a record-breaker!

Its first episode gathered 3.8 percent ratings, setting a JTBC record for the first episode of a drama. Contrary to expectations that the ratings would stay around those numbers, the ratings are endlessly rising, with episode two achieving 5.8 percent, episode three gathering 6.1 percent, and episode four garnering over 8 percent ratings. This kind of rise in viewer ratings is unprecedented in JTBC’s history.

Episode five’s ratings fell due to the special broadcast regarding ex-president Park Geun Hye’s removal from office, but the ratings were back up for episode six at 8.7 percent, breaking its previous record. At this rate, it is only a matter of time until “Strong Woman Do Bong Soon” outperforms JTBC’s all-time high for dramas at 9.2 percent, set by “Childless Comfort.” “Strong Woman Do Bong Soon” may even surpass JTBC’s official newscast “JTBC Newsroom,” which recently recorded 11.4 percent ratings.