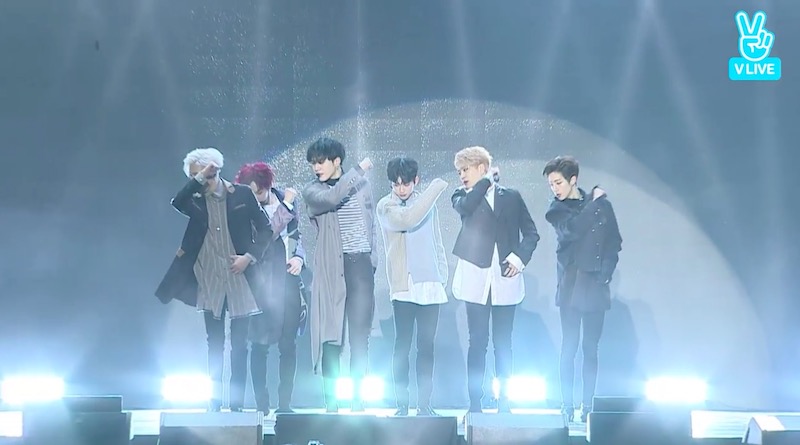 Watch: GOT7 Stages 1st Performance Of “Never Ever” At Showcase

GOT7 has shared our first look at the full choreography for their new track!

The JYP Entertainment boy group released “Flight Log: Arrival” featuring their title track “Never Ever” on March 13 at noon KST, and held their comeback showcase later on that day. The showcase included a powerful live performance of “Never Ever”!

You can watch their performance on V Live here.

Unfortunately, Jackson was unable to take part in the showcase as he is currently taking a break to focus on his health. JYP Entertainment has stated that he will not be participating in the group’s promotions until March 19.

At their showcase, leader JB assured fans that Jackson is recovering as quickly as possible, and asked them to show him lots of support, while Yugyeom asked fans to sing Jackson’s parts. Mark added, “Jackson is resting well, so don’t worry. All seven of us will be performing ‘Never Ever’ on stage together very soon.”