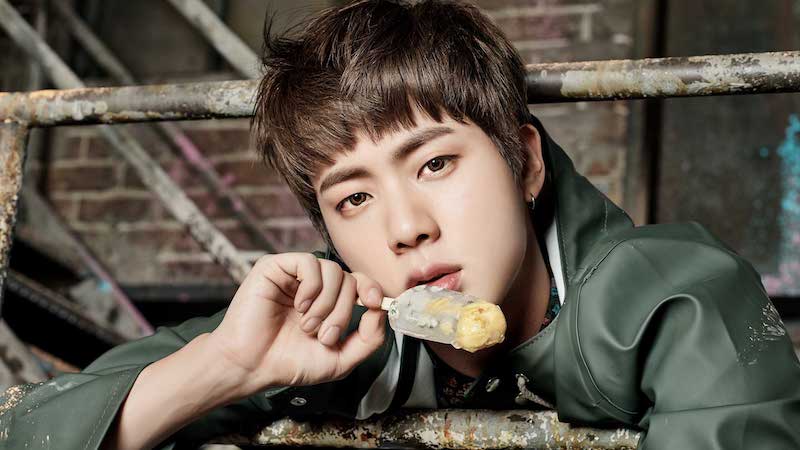 Jin is once again promoting BTS in every way he knows how!

The group has recently been sharing personal playlists for their members via the music streaming site Spotify, and has so far released “Rap Monster’s Heavy Rotations,” “Suga’s Hip-Hop Replay,” and “J-Hope’s JAM.”

BTS has now uploaded a new playlist entitled “Jin’s GA CHI DEUL EUL LAE?”, with the Korean in the title meaning “Do you want to listen together?”. The playlist’s tracks span a variety of genres including R&B, rock, dance, and hip-hop, and features artists such as Coldplay, Eminem, Gallant, and Kanye West.

Jin’s playlist also includes three songs by the guys of BTS, including the vocal line’s track “Lost” from their “WINGS” album, “Save Me” from “The Most Beautiful Moment In Life: Young Forever,” and Jin and V’s OST for the drama “Hwarang.”

Were you surprised by Jin’s music taste?