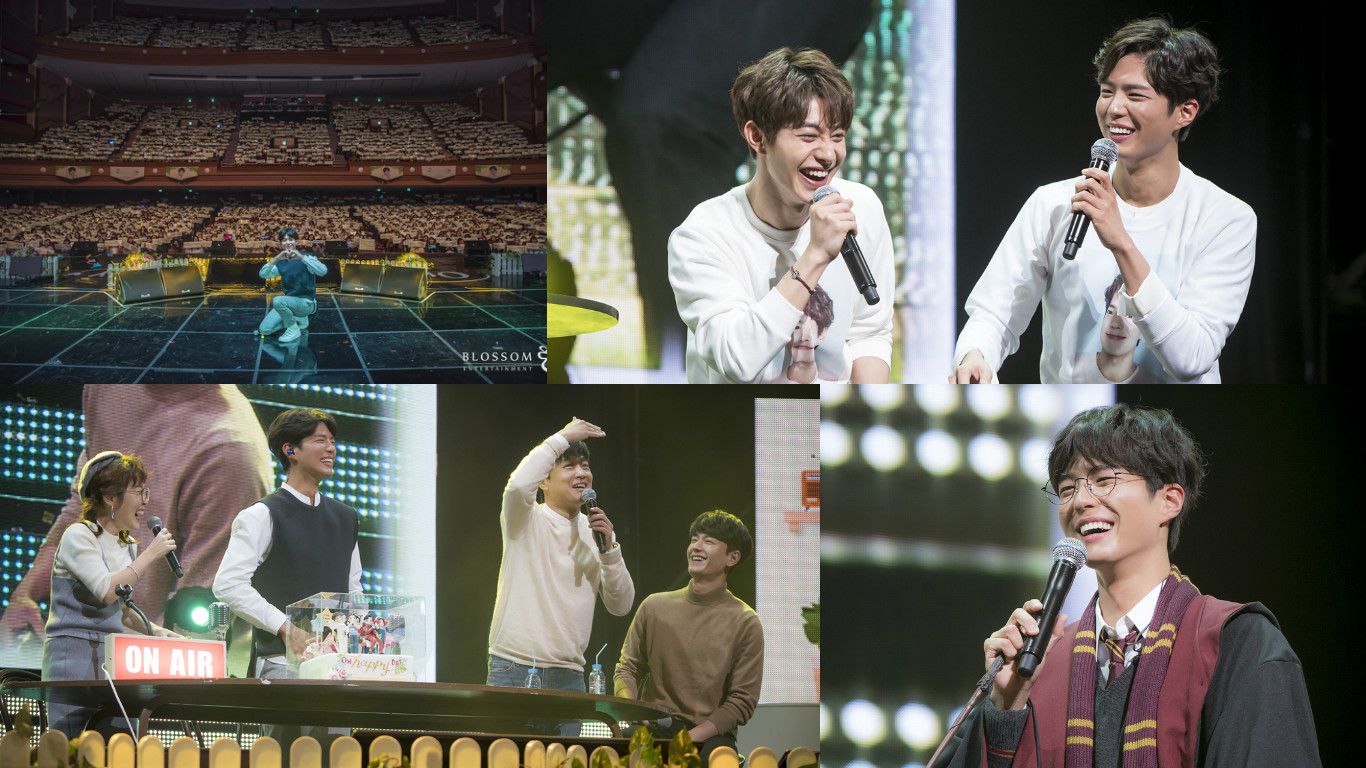 Park Bo Gum began the night by warmly greeting his Korean fans, telling them he had missed them, to which they replied with cheers. He shared various stories from his tour, showing photos from his daily life and from his tour as well. 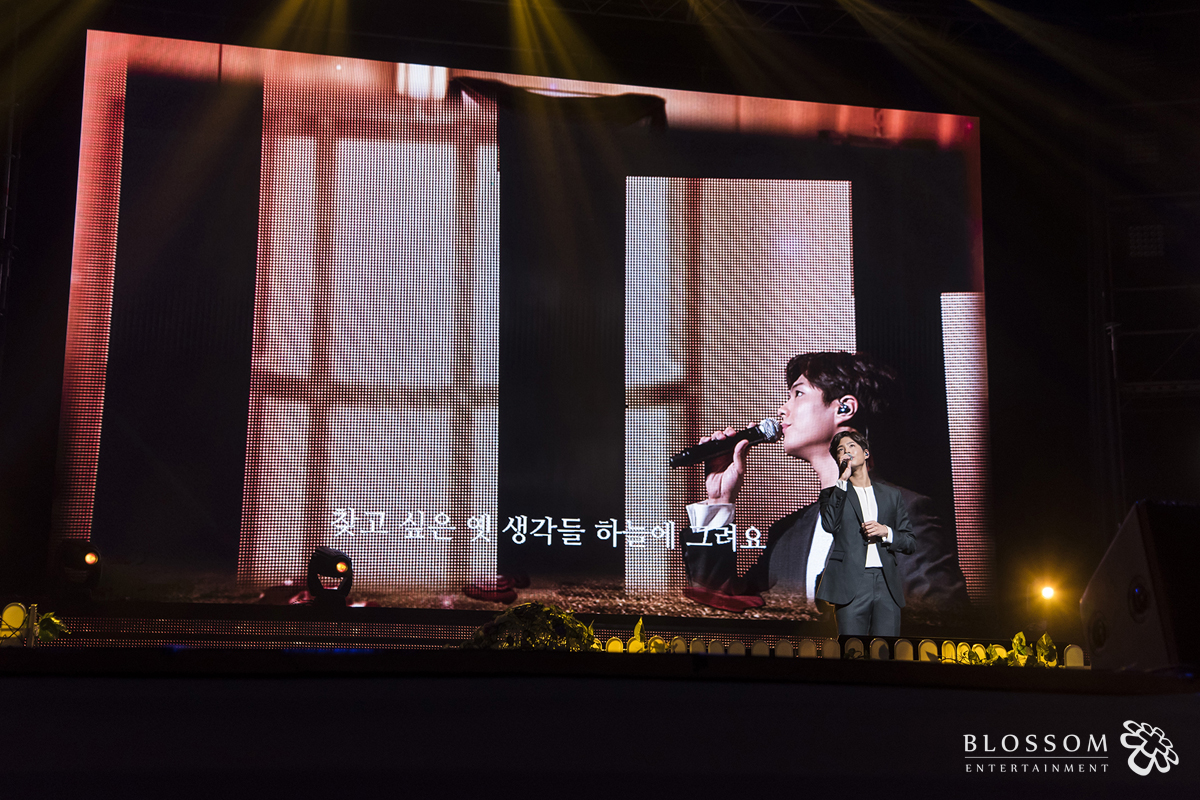 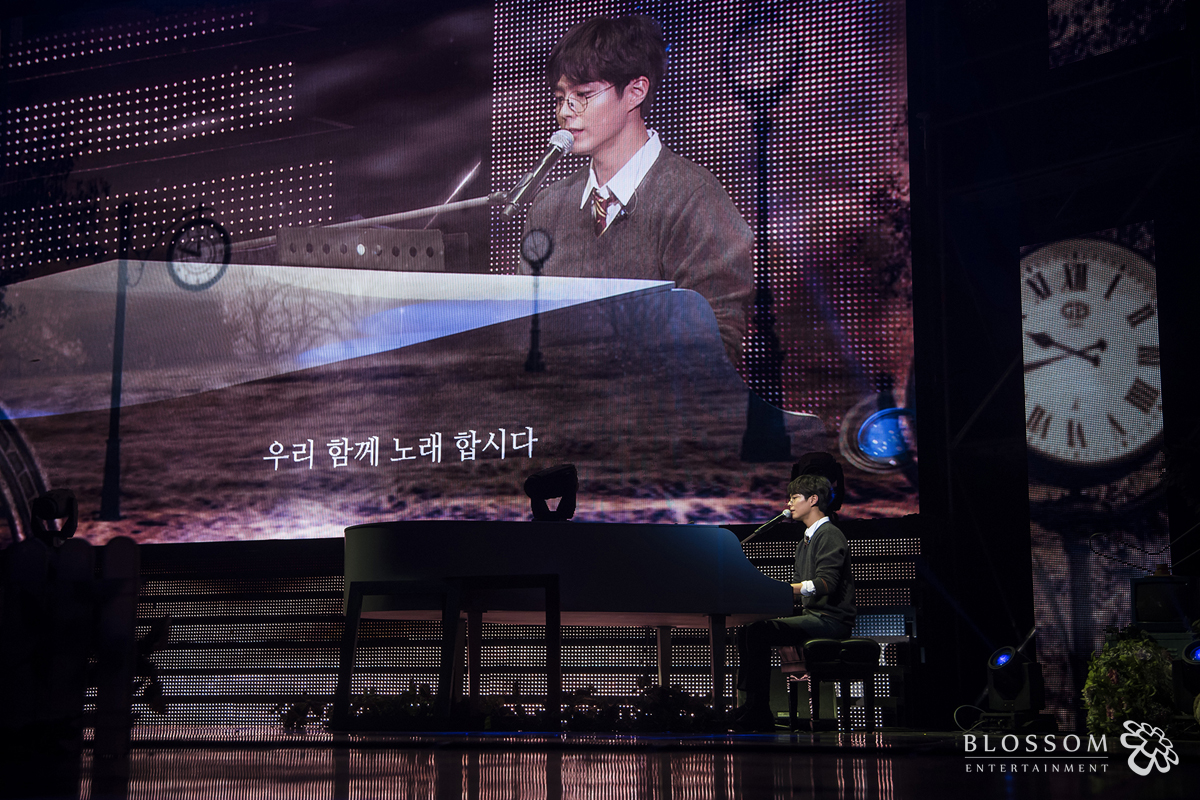 The second part of the fan meeting had Park Bo Gum make a surprise appearance in a Hogwarts uniform from the “Harry Potter” series, which was reminiscent of the photoshopped photo that went viral last year. He transformed into a magical baker, decorating a cake to give away. He also showed his love for his fans by not holding back when giving away his personal possessions during the game segment. 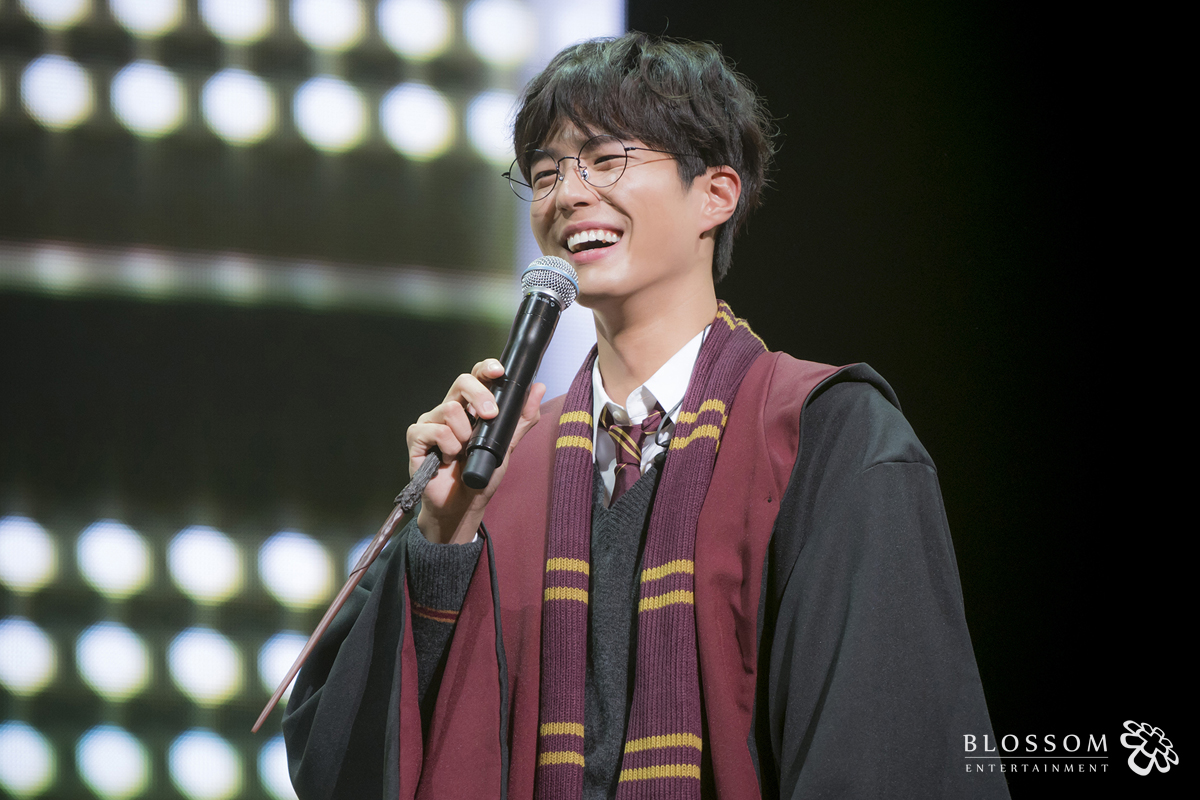 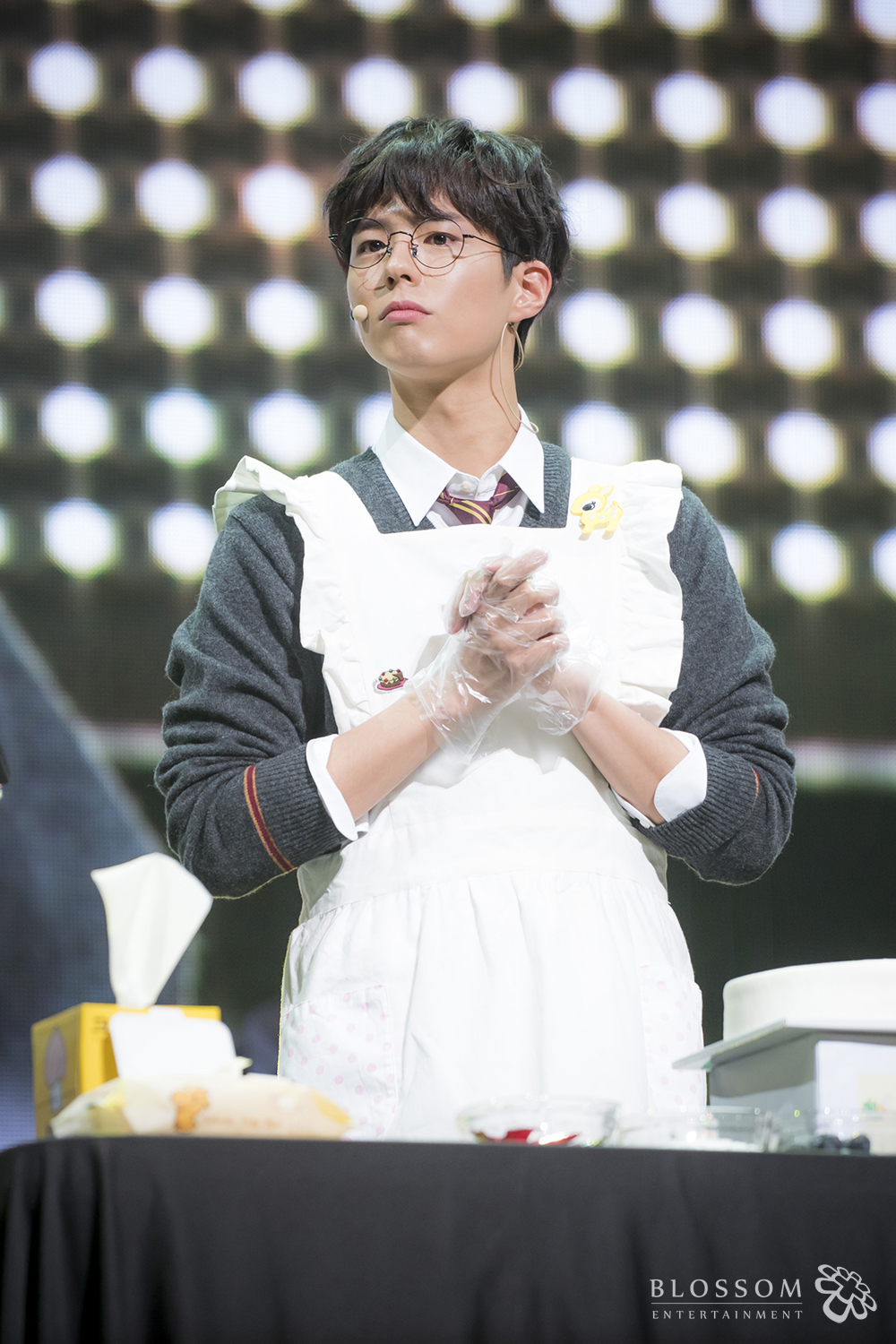 The third section had Park Bo Gum transforming into a DJ, giving him the opportunity to communicate directly with his fans.

The first guest of the night was Kwak Dong Yeon, who came with a bouquet of flowers and couple t-shirts for them both. They rekindled their bromance, sharing various photos they had taken together and explaining the stories behind them. Others who came to show their support for Park Bo Gum were Cha Tae Hyun and Im Joo Hwan, who praised the actor for his warm temperament and described him as, “A friend we always worry about because he’s too kind.” 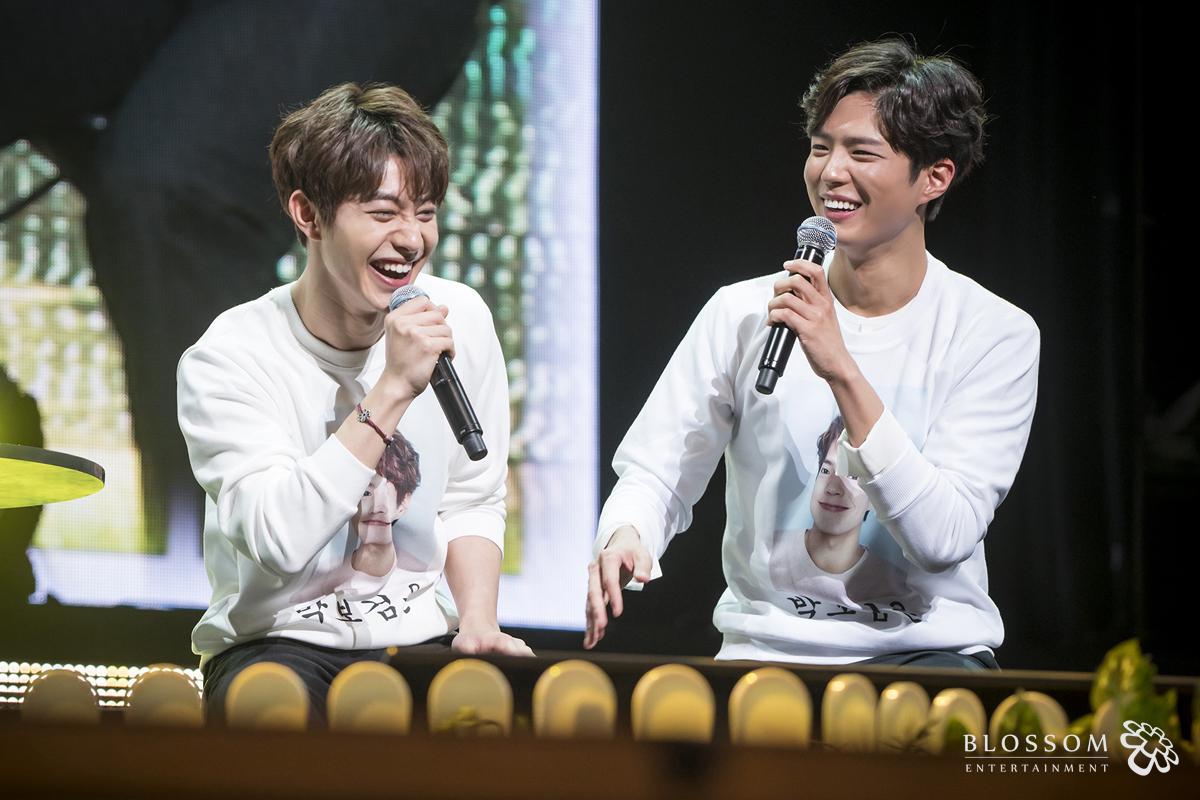 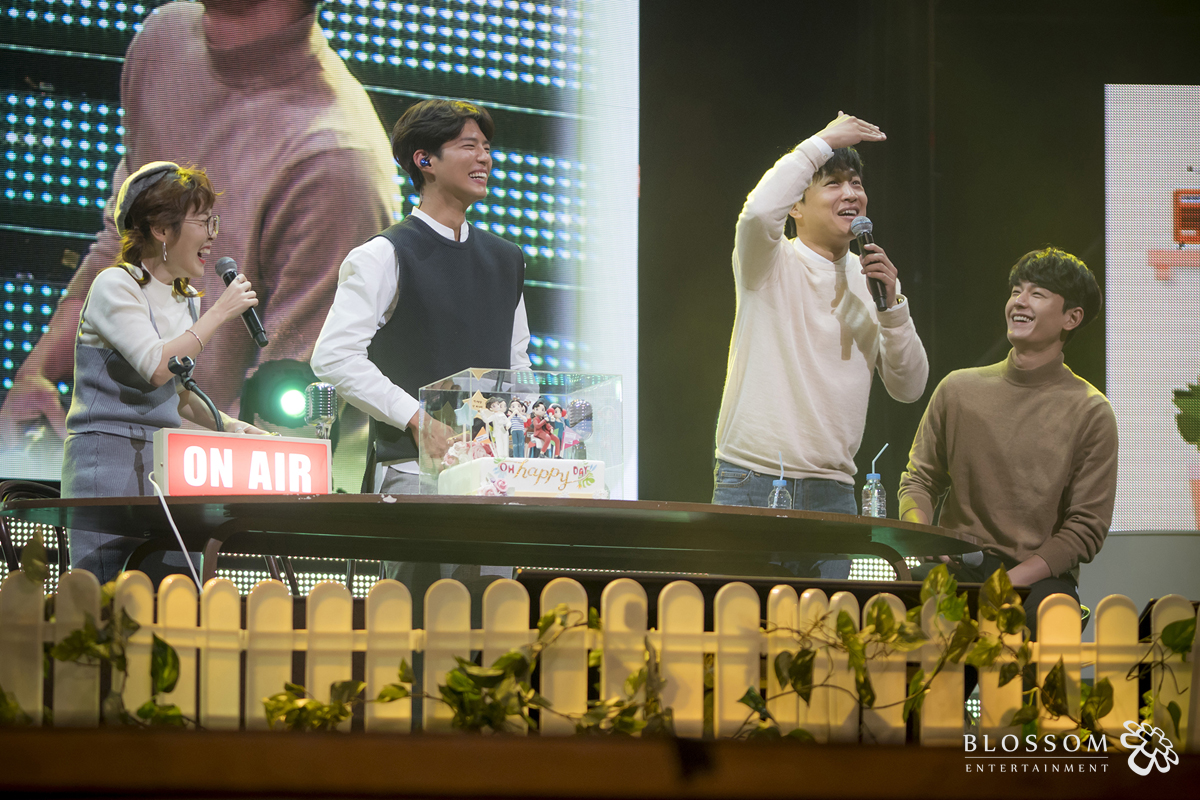 During the second half of the fan meeting, Park Bo Gum took a moment to express his sincere gratitude for his fans as he said, “I worked hard to prepare for this time I get to share with my fans, and I’m sad because it feels like time is flying by. I will never forget where I came from, so that the love and support you’ve given me will never be in vain. I hope we can continue to respect and be considerate of each other.” 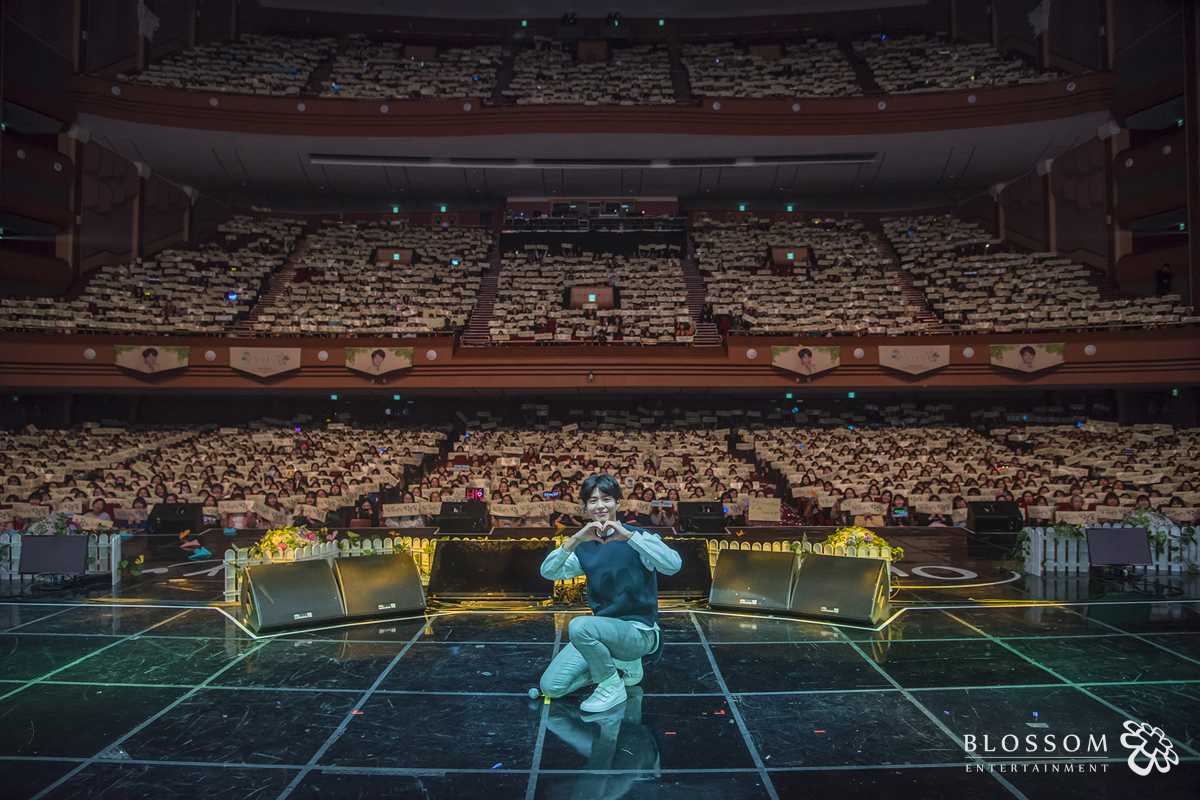 Fans who were at the Seoul fan meeting were able to enjoy various gifts from brands that Park Bo Gum is a CF model for, including VPROVE, Kakao Page, Aura, Mandarina Duck, Sunkist, and Ghana Chocolate.