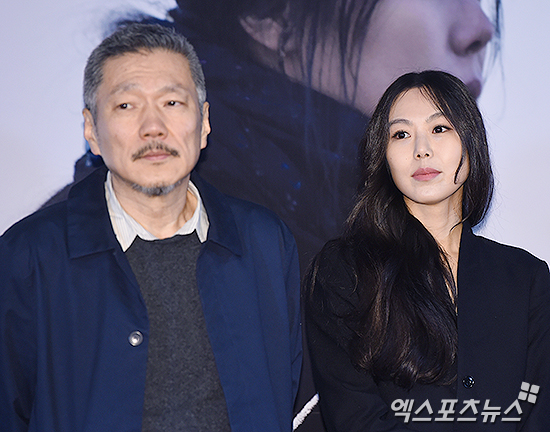 On March 13, the cast and crew of the film “On the Beach at Night Alone” held a press conference at the Lotte Cinema in Seoul. The film was directed by Hong Sang Soo and stars Kim Min Hee in the role of a young actress healing from a former affair with a married filmmaker.

Hong Sang Soo and Kim Min Hee have been involved in rumors of an affair since last year. They spoke about their relationship last month at the Berlin International Film Festival.

At the press conference, reporter Chui Jae Jin asked the pair to clarify their relationship to each other. Hong Sang Soo said directly, “We’re two people in love. Our love is genuine and sincere.”

Kim Min Hee said, “We are dating with sincere feelings of love.” 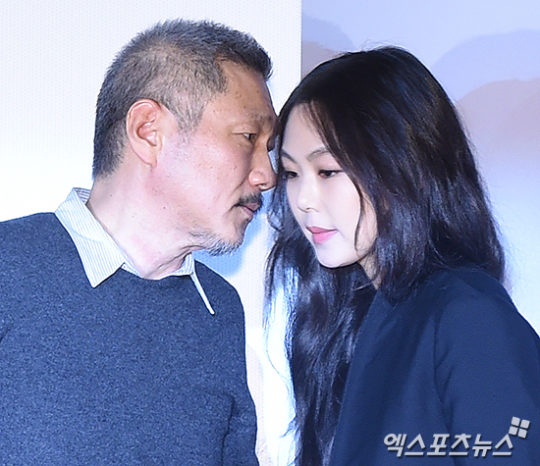 Later on, reporters noted that when Kim Min Hee was thanking a list of actors she had worked with on the film, Hong Sang Soo whispered in her ear that she had forgotten Moon Sung Geun, a scene similar to their behavior at the Berlin International Film Festival.

At the end of the conference, Kim Min Hee said, “I am curious as to how everyone will see the film. Thank you for coming.”